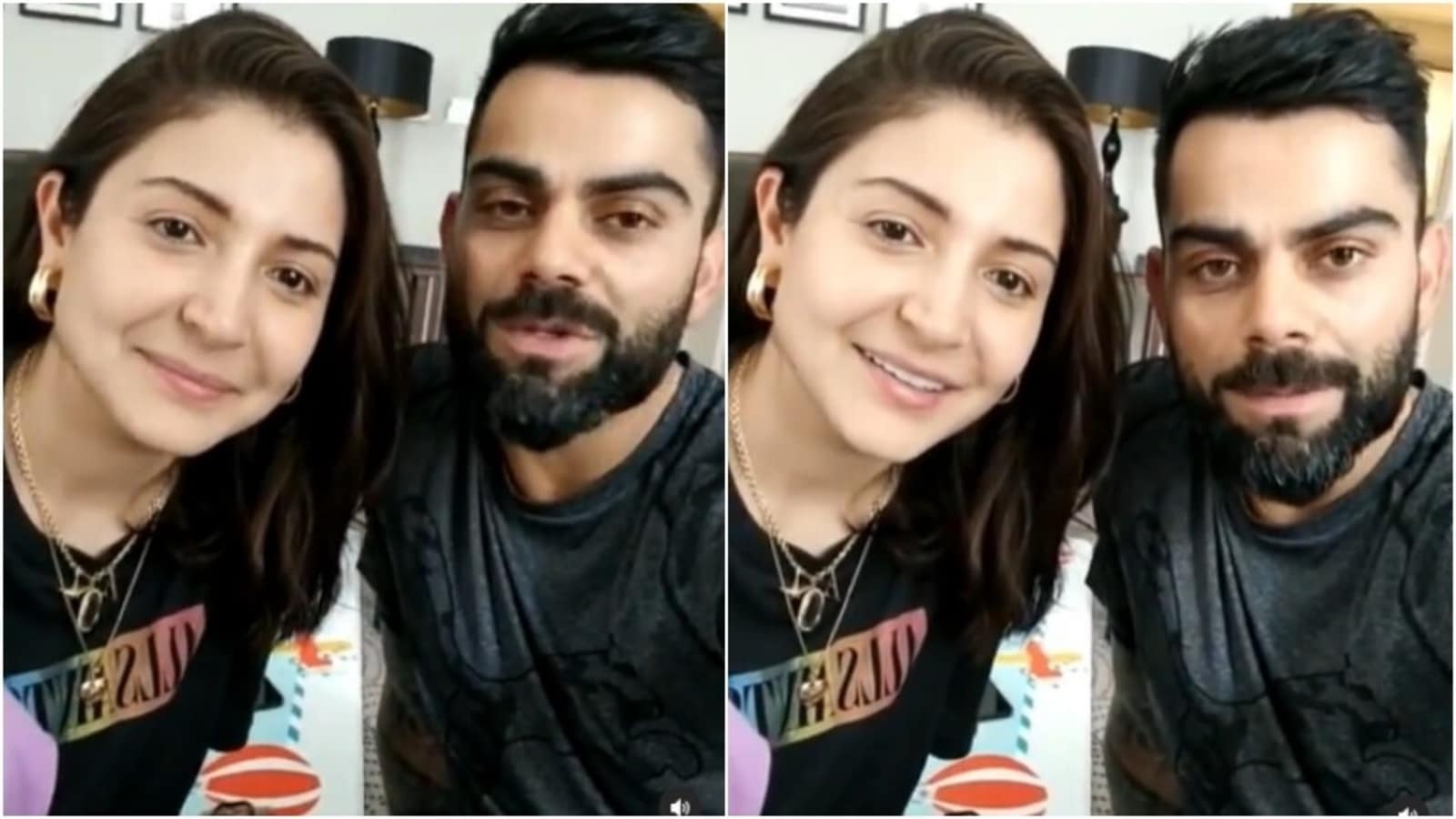 Actor Anushka Sharma and her cricketer husband Virat Kohli recently appeared in a video. They thanked Shiv Sena leader Rahul N Kanal for his work in the animal welfare sector in the clip. For her appearance, Anushka wore a black shirt with pride colors and teamed it with lavender bottoms.

Anushka wore a casual crew neck T-shirt from the label AllSaints for the video worth ₹5k. The short sleeve Pride top features the AllSaints signature on the chest, with the colors of the rainbow behind.

According to the website, a part of the T-shirt’s sale will be donated to Kaleidoscope. It is a UK-based charity focused on fighting for the human rights of LGBT+ people across the world, the brand said on its website.

Coming back to the top, the AllSaints crew neck Pride shirt will be a great addition to your casual wardrobe. It is available on the brand’s website for ₹5,145 (USD 69) if you wish to buy it.

Anushka’s sartorial sense is all about mixing comfortable and stylish elements in a perfect blend. Be it a comfy dress or classic jeans and T-shirt combo, the star’s wardrobe is full of such pieces. Her style is worth falling in love with, and this latest look proves this for us.

Anushka and Virat are vocal supporters for animal welfare and rights. They have often spoken on the subject in the past. On World Stray Animals’ Day (April 4), Virat has announced that through his foundation – Virat Kohli Foundation – he has set up two animal shelters in Mumbai.

Study Physics: These tips and tricks will be useful in getting hold of Physics

FEAR : A Beginner’s Guide to FEAR