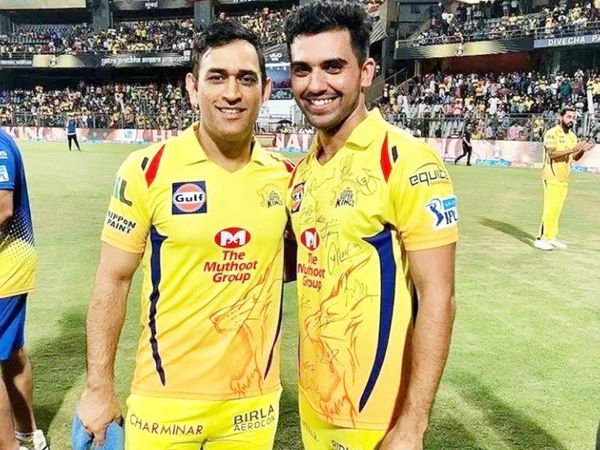 Chahar (right) has said in an interview that Dhoni made him a power-play bowler.

MS Dhoni has praised Deepak Chahar, the second most successful bowler of Chennai Super Kings (CSK), with 8 wickets in 7 matches of IPL 2021. Chahar has said in an interview that Dhoni made him a power-play bowler. He taught many nuances, which led to a better bowler. Chahar had pitched in his 4 overs debut against the Punjab Kings. In this, he took 4 wickets including Mayank Agarwal, Chris Gayle. Chahar said that it is my dream to play Test.

Deepak Chahar said- I got to learn a lot under Dhoni’s captaincy. It was because of him that I was able to take my game to another level. Dhoni always gave suggestions while staying behind the wicket, which helped to bowl better. He told me that I am a power-play bowler. He taught me to move forward and take responsibility.

He said- Dhoni trusted me and gave the responsibility of throwing the first over for the team. Although it is not easy to throw the first over, but on the suggestion of Mahi Bhai, I gradually improved my bowling and learned to control the runs. 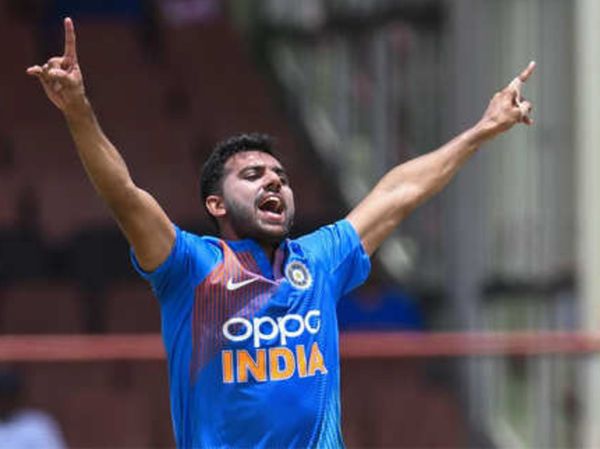 Deepak Chahar, who made his debut in the limited overs in 2018, said that it was his dream to play in the Test.

Better arrangements made in bio-bubble
Chahar said that better arrangements were made in the bio-bubble during the IPL. After the Corona case came to light, the BCCI intercepted it to prevent other players from infection. All the players were taken to a safe home. I don’t think any player has broken the rules of bio-bubble.

Dhawan is a strong contender for captaincy for Sri Lanka tour
Chahar has named Shikhar Dhawan as his first choice as a captain for the limited-overs series on a tour of Sri Lanka in July. Chahar said that Shikhar Bhai has been playing for a long time and he has a lot of experience. According to me, the senior should be made the captain of the team. All such players will respect him.

The team is scheduled to visit Sri Lanka in July. This team will not have players going to England. On the Sri Lanka tour, the team will play 3 ODIs and as many T20s. It will have players like Bhuvaneshwar Kumar, Dhawan, Hardik Pandya, Krunal Pandya, Sanju Samson. Former captain and head of the National Cricket Academy, Rahul Dravid can be the coach of this team. Ravi Shastri and the rest of the staff will be on a tour of England with the Test team.

Ayushmann Khurrana’s post on the death of Surekha Sikri, said- the actress was upset...