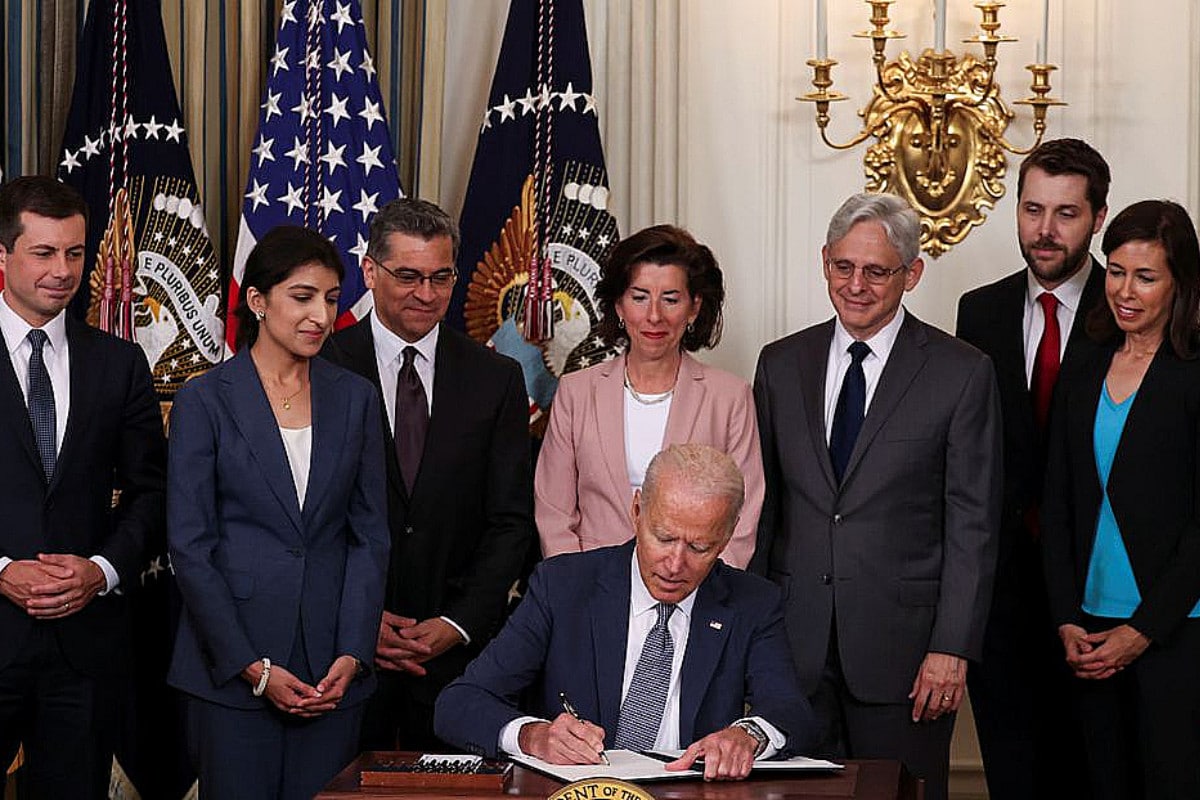 On July 9, the American government published a fact sheet of the latest executive order under the Joe Biden government. The key objective of this rather sweeping and all-encompassing order is to cut down anti-competitive practices by corporate majors, which the Biden government has apparently noted as causing lesser choice for consumers, higher prices, more difficulty in finding jobs, and arm twisting contracts by service providers. Among other sectors such as agriculture and pharmaceuticals, the order will make a major mark on Big Tech, which has already been under intense scrutiny in the USA and around the world, too. Amazon, Facebook and Google will likely face the worst consequences of the executive order, while Apple, Microsoft and Twitter are unlikely to escape its impact, either.

With the order, President Biden seeks to establish parity of sorts for smaller companies that are seemingly powerless in front of technology and telecom behemoths, and all of this may have major ramifications. Here’s breaking the order down to understand what it means, and the kind of effect it may have globally.

One of the mainstays of the Biden executive order is on acquisitions and related anti-competitive tactics that Big Tech companies have been regularly criticized on. Through the Federal Trade Commission (FTC) and the US Department of Justice (DoJ), the Biden government seeks to enable aggressive monitoring of the way tech companies such as Facebook and Google operate — especially in terms of acquiring hundreds of smaller companies that may have posed a serious threat to the market share of these companies, had they not been bought out. The order claims that such actions have led to consumers having fewer choices in terms of the products they use and the prices they pay, and in terms of finding better jobs as well.

Barriers to competition are driving down wages for workers — when there are only a few employers in town, workers have less opportunity to bargain.

The White House fact sheet on the order notes, “Lack of competition drives up prices for consumers. As fewer large players have controlled more of the market, mark-ups (charges over cost) have tripled. Families are paying higher prices for necessities — things like prescription drugs, hearing aids, and internet service. Barriers to competition are also driving down wages for workers — when there are only a few employers in town, workers have less opportunity to bargain for a higher wage and to demand dignity and respect in the workplace.”

The order enables FTC chairperson Lina Khan and DoJ antitrust division head Richard Powers to also scrutinise previous mergers and acquisitions, and inspect merger guidelines to understand whether the regulations imposed on acquisitions at the moment are too relaxed. The move may bring forth numerous previous acquisitions made by big tech companies, the two most notable of which are undoubtedly Facebook’s takeover of Instagram and WhatsApp.

The Biden order also looks to play big on net neutrality, starting with bringing back net neutrality regulations that were abolished in 2017. If successfully executed, the order will bring back a more openly competitive playing field for internet service providers (ISPs) in USA, including forcing equal treatment of smaller, regional ISPs by all. The move can potentially bring in more competition to the US telecom industry, and in turn, help reduce internet costs for Americans.

ISPs may be forced to spell out hidden fees and terms, such as exorbitant pre-termination charges that are only in fine print.

It also asks the US Federal Communications Commission (FCC) to enforce ‘nutrition labels’ for ISPs, which will force them to very clearly spell out fees and terms, such as exorbitant charges imposed if a customer wants to terminate their connection before the subscription period expires. Such clauses force consumers to not change services at all and make them stay within an ISP’s network, and are therefore anti-competitive in nature. The aforementioned ‘nutrition labels’ were initially planned to be introduced by ex-president Barack Obama, but was later scrapped by his successor and Biden’s predecessor, Donald Trump.

The order also urges the FTC to establish rules that would enable better safeguarding of user privacy, and accumulation of data by corporate entities. On the user privacy front, the order seeks to limit the scale and volume of user data that is collected by traditional surveillance systems, as well as digital surveillance (such as user tracking and behavioral analysis to serve contextual ads) — something that the likes of Facebook and Google have been repeatedly accused of basing their entire businesses on. This move may seek to regulate how targeted ad business models of internet companies offer apparently ‘free’ services, while leveraging on vast troves of user data to strike lucrative deals with advertisers.

The order will investigate how companies use market surveillance, and user data to gauge small businesses, and offering rivaling products that are either free or ridiculously discounted.

On the corporate front, the order will also enable investigations into how companies use market surveillance and user data to preemptively gauge the growth of small businesses, and negate them by offering products that are either free or ridiculously discounted. Such actions, of which Amazon and Google have been called up for, are being seen as detrimental towards open market competition, and the order therefore seeks to cut down on it while allowing smaller companies to create innovative products and solutions as well.

The order also looks at right to repair arguments, and suggests the FTC to implement practices that allow consumers to opt for third party product repairs — something that most hardware providers have consistently argued against.

Opposition to the order

While the general reaction to the Biden antitrust executive order has been positive, particularly from consumers, not all voices are equivocally happy about it. The US Chamber of Commerce, in a statement following the order by president Biden, said that it will “vigorously oppose calls for government-set prices, onerous and legally questionable rule-makings, efforts to treat innovative industries as public utilities, and the politicization of antitrust enforcement.” The move, as the body stated, “smacks of a ‘government knows best’ approach to managing the economy.”

The US National Association of Manufacturers has also spoken up unfavourably, alleging that the order is “undermining free markets”, before adding that such a move is essentially a “threat to undo our progress.” The two are unlikely to be the only bodies that move against the executive order, which does appear geared towards shaking up monopolies and reducing dictatorial pricing practices in the corporate industry.

The Biden order is a clear move that seeks to take the most serious look of late at predatory corporate practices, and on paper, does have the potential to create a more open internet with customer favorable prices, and more (and better) jobs, too . However, while global precedent may set in time, it is too early to call whether other major markets would adopt a similar oversight framework, at any point.

European regulators have already been vocal in terms of cutting down on the monopolistic power of big tech, while in India, Facebook had notably scored a major fail in its attempt to offer the net neutrality-crushing Free Basics. Amazon, too, faces investigation from the Competition Commission of India, and whether this order adds further to the global woes of American big tech companies will remain to be seen.

The first pacer to take 400 wickets in Ranji retired, some said legend and...