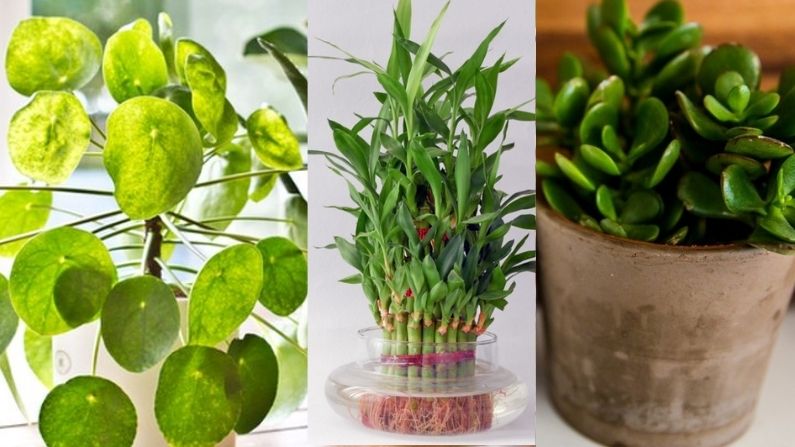 Feng Shui is considered to be the Vastu of Chinese Civilization. Its rules are based on wind and water. Some plants are considered very lucky in Feng Shui. It is believed that putting them in the house brings happiness.

Vastu Shastra is considered a branch of astrology. Its rules are based on the rays of the sun. In the same way, the architecture of Chinese civilization is Feng Shui, which literally means wind and water. That is, the right balance of air and water is Feng Shui. According to Chinese civilization, there is a feeling of happiness from the air and satisfaction from the water, so the balance of these two things is very important to keep happiness in the house and remove the negativity.

On the basis of this rule, all the things in Feng Shui have been described as auspicious and inauspicious and some rules have been given regarding the place to keep them. Here we are going to tell you about 5 such plants that bring wealth and prosperity in the house according to Feng Shui, which can turn your misfortune into good luck. These are called goodluck trees. It is believed that by keeping them in the house, a person progresses twice in the day and quadruple the night. You also know about them.

According to Feng Shui, the bamboo plant represents the five elements of the earth. It has different number of stalks according to the purpose. All the stalks are tied with red ribbon. If you wish for love marriage, then two plants are planted for happiness, three for happiness, five for health, eight for wealth and nine for good luck. But this plant should be of green bamboo, not of yellow bamboo. Apart from this, a plant with the number of four bamboos is considered inauspicious as it invites death, so do not keep a bamboo plant with four bamboos in the house.

Jade plant with round leaves is also considered very auspicious. This plant should be placed on the right side of the entrance of the house. Also keep in mind that it does not grow more than one meter. It is believed that by planting a jade plant, positive energy increases in the house and the efficiency of the person is better, due to which wealth increases in the house. You can also keep it at work place.

Rubber plant is also considered very lucky in Feng Shui. It is believed that if it is kept at a place to store money, then it gets double the day and quadruple progress at night. Therefore, it is advised to keep them in the wealth area in Feng Shui. It eliminates the negativity of the house and brings peace and prosperity.

Snake plant is believed to act as a protector of the house, it should be placed at the entrance of the house. Apart from this, by planting this plant at the workplace, concentration increases, due to which a person is able to do any work well and he starts getting progress soon. However, it is forbidden to put it in the children’s room.

It is believed that if money plant is placed in the south-east direction of the house, then the sources of income in the family open up fast. South-east direction is also called Kuber direction. This plant improves your mood and gives positivity.

(The information given here is based on folk beliefs, there is no scientific evidence for this. It has been presented here keeping in mind the general public interest.)

Also read – Rules for Diya : Sorrow will be removed by lighting a lamp in worship, all wishes will be fulfilled, know how?

Also read – Sawan 2021: Lord Rama also did the mortal worship of Shiva before the Lanka victory, know its complete method and importance

Eric B. and Rakim Release Their Debut Album ‘Paid In Full’ 34 Years Ago

Mindy Kaling’s NYC Spread Is All About Mughlai Delicacies, How Many Can You Guess