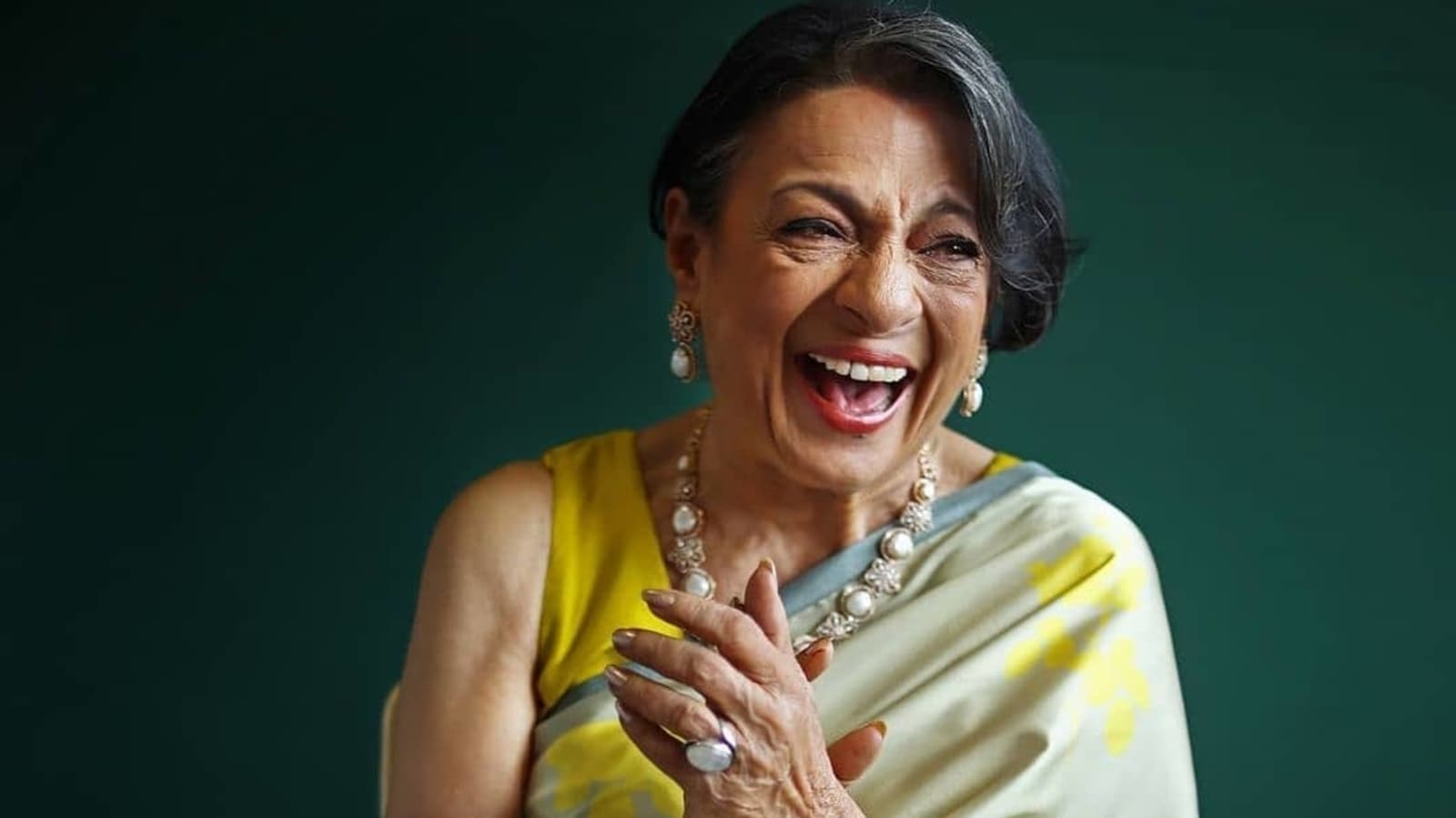 Long before her daughters Kajol Devgn and Tanishaa Mukerji made a mark in Bollywood, Tanuja Samarth, popularly known as Tanuja was ruling the hearts and screens all over India as one of the biggest stars from the Golden Era of Bollywood. And the stunning septuagenarian’s recent images only proved further that the stunning Haathi Mere Saathi and Jewel Thief actor is still as charming and beautiful as she was back in her hay-days.

Tanishaa Mukerji recently posted images of her stunning mother to her Instagram feed and shared her reaction to her mother’s ‘adaa’ along with several stunning snaps of the actor. Tanuja was making an appearance at the Super Dancer Chapter 4 dance reality television show, and Tanishaa uploaded the images captioned, “Hey yeh aada!“

Tanuja looked like the epitome of grace in the shamo satin saree with digital print by designer Sameera Dalvi’s brand Moresha. Designer Sameera says the inspiration behind the custom-made saree was to “create an elegant base like the champagne, and brighten it up with an almost neon like lemon yellow to match her vibrant personality”. The saree is priced at ₹12,800 according to the designer.

The stunning 77-year-old looked radiant with her hair tied at the back, a side parting and pearl and diamond earrings and necklace adorned her beautiful face. She also sported a diamond kada, rings all from Anmol Jewellers.

The actor sported minimal make-up as she posed candidly for the camera. The playful photoshoot won the hearts of all those who saw the images and many commented praises for Tanuja’s timeless beauty. The designer label also shared multiple visuals of Tanuja with the caption, “Her grace and beauty adds soul to this Moresha Sameera Dalvi ensemble. She makes everything look better!! What an honor to style the graceful and forever gorgeous Tanujaji. (sic)”

How To Manage Payroll Processing For Your Start-ups/ Small Business?

Oriental Rugs are the Best Choice for Home Decoration

Tips For Entrepreneurs: Follow These Tips To Become A Successful Entrepreneur, Business Will Grow