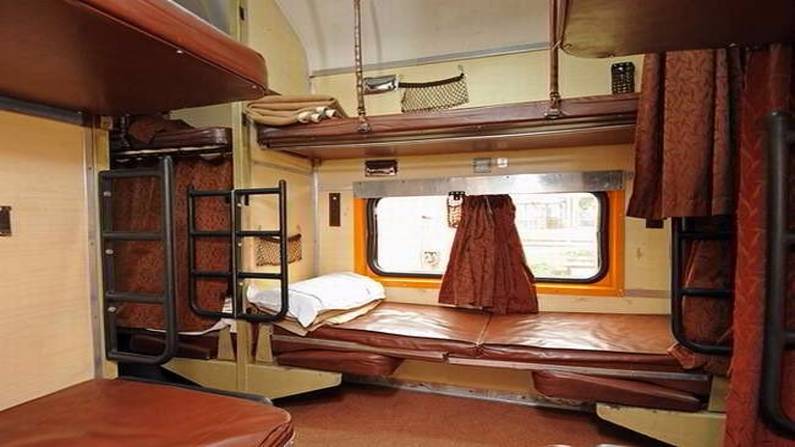 Railways had earlier claimed that AC 3-tier economy coaches are being seen as a game changer as they will offer the best AC travel at the most affordable prices.

Indian Railways is planning to introduce Special Economy AC 3-Tier Coaches in September. The fare under this scheme has been fixed at 8 percent less than the normal AC 3-tier.

Indian Railways is planning to introduce Special Economy AC 3-Tier Coaches in September. The fare under this scheme has been fixed at 8 percent less than the normal AC 3-tier. According to reports, since these special coaches are meant for sleeper class passengers, the fare was a tricky issue as it should be less than the normal AC 3-tier fare but higher than the sleeper class fare.

Also, the reports say that the base fare up to 300 km will be Rs 440, which is the lowest in terms of distance, while the highest base fare is Rs 3,065 for 4,951 to 5,000 km. The report states that the first economy AC three tier coach special will be fitted in the Prayagraj-Jaipur Express.

Railways had earlier claimed that AC 3-tier economy coaches are being seen as a game changer as they will offer the best AC travel at the most affordable prices. According to the plan of the Railways, about 806 new coaches are to be prepared by this financial year, either by this year or by the beginning of next year. By the end of 2021 or 2022 we will have 806 AC 3-tier economy class coaches. A railway official had earlier said that all our coach factories will work together to manufacture these coaches. Railways is gearing up for the future and will ensure that all passengers have a better travel experience than ever before.

AC and fare are not the best features of these coaches, as Railways had promised better design, separate AC vents for each berth, etc. Features of these exclusive coaches include modular design of seats, individual reading points, mobile charging points and more. But how will this be possible for the Railways? The number of berths in the newly designed coaches has increased by 15 per cent as compared to the regular AC coaches, as the railways has converted two berths on the side into three berths.

read this also- Before boarding the train, definitely read this ticket rule, otherwise there may be punishment! very few people know

Kabul Airport Attack: Know everything about terrorist organization ISIS-K, which carried out suicide attacks in Kabul

Flashback: When Sushant Singh Rajput started crying bitterly on stage during a show, know why?

Pregnant in Pandemic? Here’s how to keep mothers and newborns safe from coronavirus

Human Hair Blonde Wigs with Bangs are on Trendings