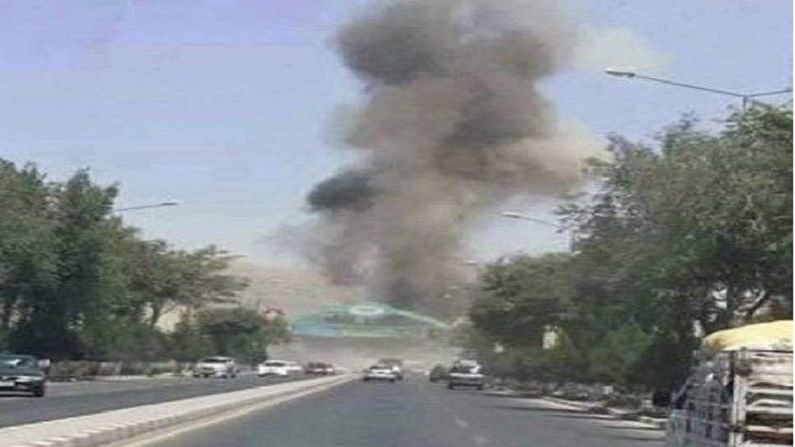 Pentagon Press Secretary John Kirby had already revealed that ISIS-K is trying to take advantage of the way millions of people have gathered at the airport and the way there is chaos.

The whole world is shocked by the terrorist attack on Kabul airport. At least 90 people are reported to have died in this attack. These include 13 American soldiers. Terrorist group ISIS-K has claimed responsibility for this attack. In such a situation, it is necessary to know that what is this ISIS K, which shocked Kabul on seeing it.

In fact, a group known as ISIS-K had been planning attacks on American soldiers and others for a long time. This is why President Biden said that he wants to limit the period of America’s withdrawal from Afghanistan.

ISIS, which destroyed countries like Syria, is now in Kabul, that too under the name of ISIS-K i.e. Islamic State Khorasan. Pentagon Press Secretary John Kirby had already revealed that ISIS-K is trying to take advantage of the way millions of people have gathered at the airport and the way there is chaos.

The Islamic State Khorasan was formed in late 2014 and works in conjunction with ISIS in Afghanistan and Pakistan. Khorasan is a historical term for the region that included present-day Afghanistan and parts of the Middle East and Central Asia. The group is also known as ISIS-K or IS-K.

Its founding members included terrorists who had left both the Afghan Taliban and the Pakistani Taliban. In 2015, a video appeared in which the group’s leader, Hafiz Saeed Khan, and other top commanders at the time pledged their allegiance to the then leader of Islamic State, Abu Bakr al-Baghdadi, and found themselves in a new ISIS region in Afghanistan. was declared the administrator of

According to the news, ISIS-K does not want a single American citizen or soldier to leave Afghanistan safely. Therefore, the dreaded terrorists of Baghdadi were in the process of carrying out a terrorist attack on the Kabul airport so that the bloodshed could be done and the superpower America could avenge the death of Baghdadi.

After the death of Baghdadi, it was feared that now ISIS was over, but it did not happen. After the death of Baghdadi, the sleeper cell of ISIS was continuously active and shifted the dreaded terrorist organization to Afghanistan to teach a lesson to America. Meanwhile, as soon as the Taliban came to power, ISIS-K made Kabul its headquarters and started planning for its revenge.

Kabul Airport Attack: ‘Now we will hunt, will have to pay the price of death’, US President Joe Biden’s challenge to the attackers

Indian Railways: Now AC travel in train will be cheaper, AC-3 economy fare will be 8 percent less than AC-3!

Flashback: When Sushant Singh Rajput started crying bitterly on stage during a show, know why?

Constable Jobs 2021: Opportunity to get ITBP GD constable job, know how to apply...

CDS Coaching in Chandigarh: What is the Syllabus for CDS Entrance Exam

House Painting: Everything You Need to Know

Everything You Need to Know About House Painting