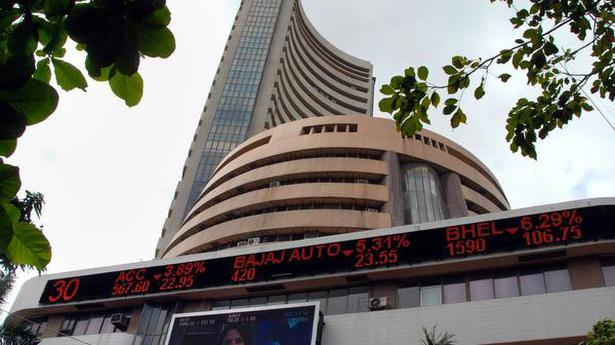 
The benchmark stock indices opened the day on a positive note supported by a host of positive global cues.

Join us as we follow the top business news through the day.

PTI reports: “Shares of Tata Consumer Products on Wednesday surged over 4 per cent to hit 52-week high values ​​on exchanges after National Stock Exchange (NSE) said it will be included in Nifty 50 from March 31.

As per a release, the bourse on Tuesday said there will be replacements in 36 indices, including Nifty 50, from March 31.

In Nifty 50, Tata Consumer Products will replace GAIL from March 31.

The exchange’s Index Maintenance Sub-Committee (Equity) decided to make replacements in the indices as part of its periodic review. “

Rupee gains 14 paise to 72.32 against US dollar in early trade

The rupee appreciated by 14 paise to 72.32 against the US dollar in opening trade on Wednesday supported by positive domestic equities and weakness of the American currency in the overseas market.

At the interbank forex market, the local unit opened at 72.35 against the US dollar, then inched higher to 72.32 against the greenback, registering a rise of 14 paise over its previous close.

On Tuesday, the rupee had settled at 72.46 against the American currency.

India has urged Arab countries to make it easier to export pharmaceutical products to the region and asked them to tap Indian farms to secure food supplies, as it seeks to diversify the $ 160 billion trade basket with the Arab bloc beyond hydrocarbons.

“Indian pharma products enjoy great credibility around the world, [but] we do not have the same kind of recognition in most of the Arab world, because the process through which medicines are brought into your countries are very elaborate and cumbersome at times, ”said Ambassador Sanjay Bhattacharyya, Secretary (Arab, OIA & CPV), Ministry of External Affairs.

Mr. Bhattacharya said market access to Indian pharma goods could be an ‘early harvest’ idea ahead of the India-Arab Partnership Forum scheduled in the first week of December, after a gap of five years.

MSCI’s broadest index of Asia-Pacific shares outside Japan climbed 0.3% after the Fed said the US central bank intended to keep monetary policy loose for a long time.

In Mumbai, Reliance Industries, ICICI Bank and HDFC Bank were top boosts to the Nifty, rising more than 1% each.

The Nifty private bank index climbed as much as 1.4% and was set to snap a six-session losing streak, while the PSU bank index jumped 3.5% after seeing heavy sell-offs in the last three sessions.

Indian equities rose sharply in the first two weeks of February thanks to solid corporate earnings and a well-received federal budget, before trimming some of the gains due to profit-taking.

On Tuesday, benchmark stock indexes snapped five sessions of losses as a rise in commodity prices supported gains in energy and metal stocks.

Shares of Coal India rose 5.4% on Wednesday and were the top percentage gainers on the Nifty.

Among the 14 major sub-indexes on the Nifty, IT and FMCG were in negative territory, falling 1.2% and 0.3%, respectively.

IT giant Tata Consultancy Services was the top drag on the Nifty, shedding nearly 2%.

UPL fell 3.6% after the agrochemical maker said on Tuesday a fire at its plant in the western state of Gujarat killed two and injured 26. “

The Commerce Ministry’s investigation arm DGTR has initiated a probe to review the need for continuing imposition of anti-dumping duty on certain types of steel products imported from China following complaints from domestic industry, according to a notification.

ISMT Ltd. and Jindal Saw Ltd. have filed an application before the Directorate General of Trade Remedies (DGTR) for a sunset review of anti-dumping duty imposed on imports of seamless tubes, pipes and hollow profiles of iron, alloy or non-alloy steel from China.

The applicants have alleged that dumping of these products from China has continued even after imposition of anti-dumping duty, and there has been a significant increase in the volume of imports.

Reacting to data in high velocity is key, says Srivastava