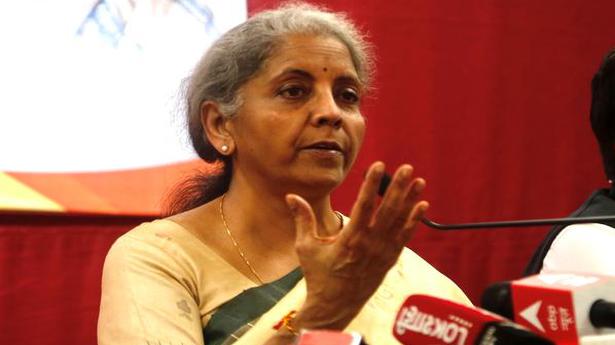 Finance Minister Nirmala Sitharaman on Saturday exhorted the private sector to take advantage of corporate tax rate cut and other initiatives of the government, and unleash ‘animal spirits’ by enhancing investments to make India one of the fastest growing economies of the world.

The government has been waiting for the expansion by the private sector, she said while reminding India Inc of various measures including corporate tax rate cut, policy consistency, ease of doing business, among others to facilitate investment.

“We need capacities to be ramped up, we need expansion, we need more production of many such items which are required for the economy. I would invite business leaders… post the corporate tax rate reduction I’ve been waiting to see expansion happening, ”she said.

In the biggest reduction in 28 years, the government in September 2019 slashed corporate tax rates by up to 10 percent points to attract private investment and reinvigorate the sagging economy. The tax break resulted in financial implication of ₹ 1.45 lakh crore on the exchequer.

“So I would like to see now that the policy is clear, tax rates have been brought down, policy consistency has been underlined and ease of doing business is still going further. I would now like to see private investors and private industry … coming forward with the so called ‘animal spirits’ to show that it is possible to pull India up and keep it high as one of the fastest growing economies. It is now on your shoulder entirely, ”she said.

Addressing industry leaders at an All India Management Association (AIMA) virtual event, the Finance Minister said the recent budget has addressed several issues which were so critical for India to have a clearer path for the next decade or more.

The Budget 2021-22 comes against the backdrop of the pandemic and contraction of the economy to give a sense of certainty to businesses that policies will remain predictable and therefore businesses can continue to concentrate on their core activities, she said.

With regard to disinvestment, the Finance Minister said the government has identified the core sector where it will have bare minimum presence and the rest will be allowed for public-private partnership.

“The past strategy of disinvestment in trickles has not really been so successful in spreading the ownership pattern,” she said, adding, it was not enthusiastically received.

“So, I want to have an efficient, more meaningful, purpose serving way in which our taxpayers’ money should be spent … the disinvestment of units or privatisation of units is not because we want them to be closed down,” she said .

The government wants these units to be running, to be kept up and running professionally as the economy has very high demand for many of these items of production such as steel, coal or copper, or many such things in which PSUs are there for decades now .

She urged the industry to make best of the disinvestment policy announced in the Budget.

Earlier this month, the Finance Minister presented a ₹ 34.8 lakh crore-budget for 2021-22.

The budget has laid emphasis on increasing capital carefully, raising allocation for healthcare capacity building and development of agricultural infrastructure, among others, which are expected to have a multiplier effect on the economy.

Ms. Sitharaman said spending is required this year as well as next year for sustaining growth.

Therefore, the government has committed to spend on infrastructure and capital over the next several years which will give the multiplier effect, she added.

About 7,000 projects have been identified under the National Infrastructure Pipeline (NIP) with projected investment of a whopping ₹ 111 lakh crore during 2020-25.

On the fiscal deficit management, she said, the government has given a glide path and asked the rating agencies to see the budget numbers in the light of pandemic.

Hit hard by the pandemic, fiscal deficit – the excess of government regulatory over its revenues – is estimated to hit a record high of 9.5% of the Gross Domestic Product (GDP) in 2020-21.

“We are very clearly telling even the credit rating agencies that every country is going through this pandemic, and every country has to spend to keep the stimulus going.

“So every country’s ratings will have to be in relative terms..however, because we’ve given the glide path, fiscal deficit is something which we’ll watch, probably after the stimulus has shown clear impact on the ground,” she said .

Speaking at the event Kotak Mahindra Bank Managing Director Uday Kotak said the government in coordination with the RBI has played a role to ensure that the interest rates remain stable.

He also expressed hope that rates would remain stable over the next 12-18 months.

“We need to ensure that as the size of the borrowing goes up, we are able to keep the long-term interest rates stable, on the basis of which business and industry take the investment decisions,” Mr. Kotak said.

Exuding confidence that the future of India is bright, Mr. Kotak said: “We now really need to get our animal spirits back … and the time has come for us to walk the talk.”

We must continue trade with China: Rajiv Bajaj