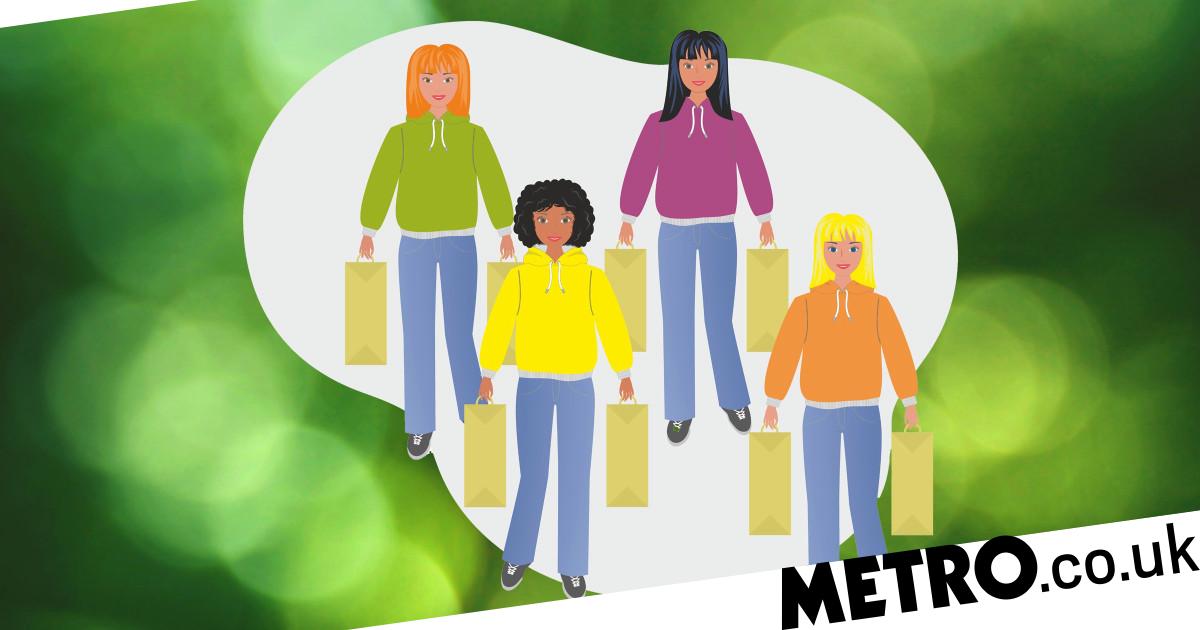 
With Primark unveiling Laura whitmore as their ambassador for Primark Cares and H&M launching a points scheme specifically for their Conscious range, fast fashion brands are yet again being called out for greenwashing.

Greenwashing occurs when a brand puts more effort into appearing sustainable and eco-friendly to consumers than actually working on the issues.

The term was coined by American environmentalist Jay Westerveld in 1986 so it’s not a new concept, but it is ever relevant to today’s fast fashion landscape as more brands release ranges that use materials and processes they claim are better for the environment.

However, the very nature of fast fashion can’t truly be sustainable given the rapid turnover of clothing and trends – and this is where cries of greenwashing come in.

H & M’s recently launched Conscious points scheme allows people to earn points when they shop from this line, bring in their own bag to store, and recycle their old clothes.

They’re incentivising ‘sustainable’ actions, as ‘Conscious points will transform into Bonus Vouchers, redeemable with your next purchase,’ the website reads.

They also write: ‘Get rewarded for a more sustainable lifestyle with our new Conscious points.’

Montana Marshall of The Dress Change, a clothes swapping platform with a shop opening in London this summer, tells Metro.co.uk that greenwashing is ‘using all the right buzz words but not really doing very much of anything – creating something that looks like what people would want’, and this what fast fashion labels like H&M have been repeatedly accused of doing.

‘I think the world is moving towards caring more in terms of sustainability and wanting to do the right thing, so brands are recognizing that they need to do something that ensures consumers needs are going to be met,’ she explains.

But the problem with the Conscious points reward scheme, Montana believes is: ‘[H&M’s] greenwashing promotes overconsumption, so it’s not about stopping people from shopping, it’s about forcing them into spending more money while being they’re being conscious in their choices. ‘

On a governmental level, there is a lack of legislation about the words used when brands talk of ‘green’ things – this is why we keep seeing the issue recur.

As few weeks ago Primark Cares announced their partnership with Laura Whitmore, but two days after using her face to front the range, Primark tweeted: ‘Normalize going into Primark for “just socks” and coming out three full shopping bags’.

The Tweet has since been deleted after it faced backlash.

Fashion writer Aja Barber responded: ‘For everyone who’s surprised about the #PrimarkCares #greenwashing business, you shouldn’t be surprised.

‘They see how H&M cons people and they wanted a bit of the action for themselves. It’s a working formula. ‘

She then directly Tweeted Primark and Laura Whitmore, asking if they ‘still plead ignorance about the business model of consumption being the biggest hurdle for fast fashion to move towards sustainability?’

Laura replied: ‘And that’s why we need to work with brands on long campaigns’ and touched on the need to ‘educate the individual’, environmentalists are not convinced.

At a time when no one can play dumb anymore to the knowledge of how detrimental our £ 8.99 dress is to both the planet and to the people who make the garment (through cheap and potentially exploitative labor), greenwashing serves to soothe our own discomfort at the role we play in keeping this cycle going.

One aspect of greenwashing is that it eases our guilt as fast fashion consumers.

Erin says that ‘businesses and companies know that people care and want to make a difference – and they’re exploiting that fact that we want to do our bit.

‘A lot of people struggle with the idea that sustainable fashion is much more expensive so if they can go into H&M and buy a Conscious T-shirt over a normal T-shirt – even though they’re practically the same thing – it still [makes them think] they’re part of the solution. ‘

The reality is some consumers will be more proactive than others in looking for sustainable alternatives, and fast fashion has an easy opportunity to profit from that consumer desire to do better under the guise of greenwashing.

Montana adds: ‘I don’t think the regular consumer expects retailers to be almost lying about things,’ but that ultimately they’re promoted the message that ‘if you shop with them then you’re doing something right’.

She’s of the belief that fast fashion isn’t going anywhere anytime soon and wishes there was more opportunity for those brands to work with pre-owned and sustainable companies like hers.

Aja also Tweeted that, at the time of searching, just 4% of H & M’s womenswear online offering was part of the Conscious range.

Montana says this low statistic is part of greenwashing, as ‘they think what they’re doing is enough to satisfy the general consumer because most people are not aware of what’s going on’, stressing the important of shoppers doing their own research and not taking brand claims at face value.

When claims of being ‘green’ are made without data to prove or back it up, it’s hard for consumers to know what they’re actually buying into.

Erin says that shoppers need to look out for vague terminology, aloof claims, claims that are made far in advance (it’s more realistic and achievable if the goals are shorter and smaller, rather than a big advertised goal several years away), and mixed messaging on the brand’s social media.

If you’re spotting these things, it’s likely to be greenwashing.

Though brands are expected to minimize their environmental impact in some ways through smarter material choices – in Stockholm H&M is developing a machine called Looop that turns old garments into new ones in a matter of hours – they’re still a long way off from being ‘ green ‘.

H&M and Primark were documented for statements, though neither responded. We will update this piece if they do.

MORE: My Money: Why I sold top fashion brand Mulberry to become an organic farmer

MORE: We all know the true cost of fast fashion, so why can’t we kick the habit?

Mouni Roy does not want to get out of this ₹...