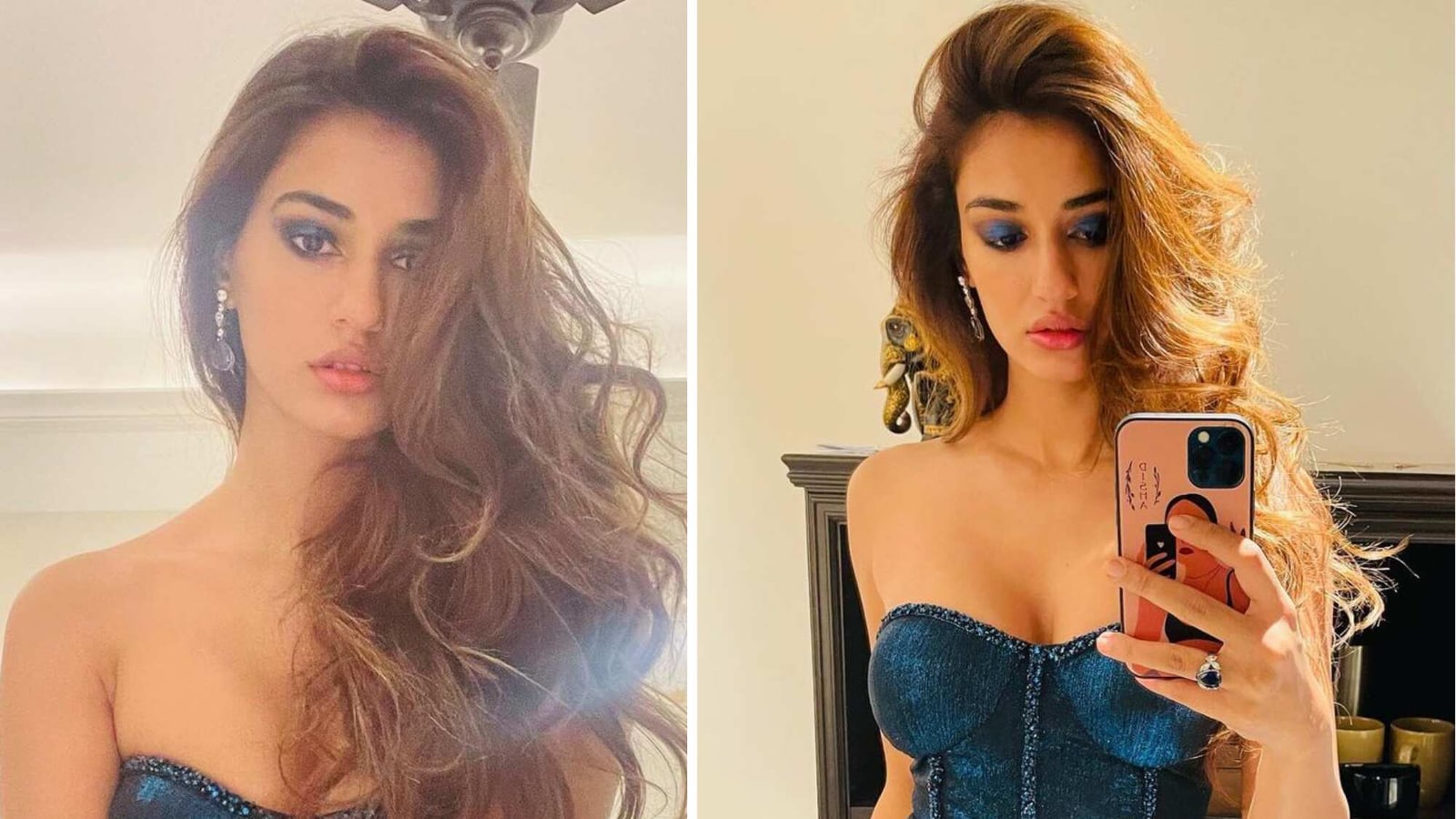 Disha Patani took to her Instagram to share pictures in the sultry number by designer duo Falguni and Shane Peacock, giving herself credit for doing her own stunning make-up and big hair to complete the look.

Malang actor Disha Patani’s Instagram feed is a sight for sore eyes, and the sexy actor is always sharing stunning shots of herself looking as hot as it is humanly possible. Most recently Disha took to her Instagram to share a series of photos of herself looking absolutely resplendent in a corseted, bodycon gown with a thigh high slit in a shimmery, deep blue fabric by ace designer duo, Falguni Shane Peacock. Disha completed her look with saphhire and diamond jewellery in her ears, fingers and her hands as well. Like most of her looks, Disha was sporting big hair that framed her sculpted faced with its tousled waves, deep blue, shimmery eye makeup and subtle nude make-up for the rest of her face, crediting herself for the hair styling and makeup. The Baaghi actor shared the images with the caption, “Hair and makeup by me styling @aasthasharma outfit @falgunishanepeacockindia. (sic)”

On the professional front, Disha was last seen in the film Malang which released in 2020 and also starred Anil Kapoor, Aditya Roy Kapur and Kunal Kemmu. She has completed the shooting of Radhe In which Disha will be seen sharing screen space with Salman Khan, also seen in the film are Randeep Hooda, Jackie Shroff and Megha Akash. The movie is directed by Prabhu Deva and produced by Salman Khan, Sohail Khan and Atul Agnihotri and is slated for release in theaters on 13 May 2021, an Eid release like most of Salman’s films. She is also keeping busy with Ek Villian 2, directed by Mohit Suri for which she has been prepping really hard, taking a lot of workshops and immersing herself to prep best for the film according to sources close to her. A source told bollywoodhungama.com, “Disha has been taking a lot of workshops and is immersing herself in full prep for the film. She also has been doing a ton of reading sessions for the film, to stay on top of her game. She will start shooting for the project soon. ” Ktina is also one of her upcoming projects.

Neha Kakkar’s summer dress worth ₹ 999 is perfect for a...