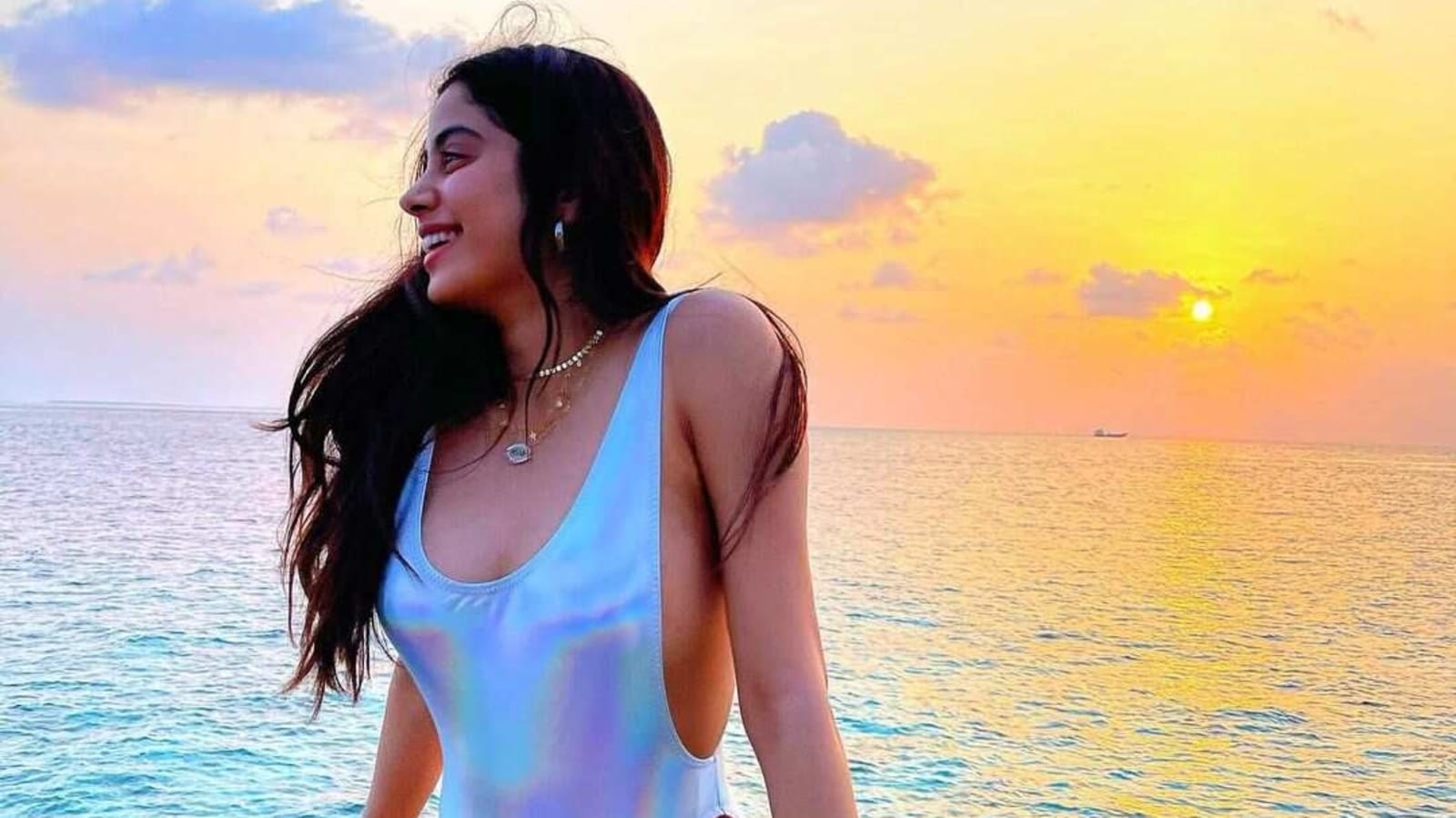 Janhvi Kapoor has been making the most of her summer and the Roohi actor recently jetted off to the Maldives, a recent hot favorite holiday destination among Bollywood celebrities including Sara Ali Khan, Ananya Panday, Tara Sutaria, Taapsee Pannu, Disha Patani, among others. Janhvi has been posting photos of herself making the most of her vacation on the picturesque island, wearing stunning ensembles as she poses near stunning beaches with her friends, enjoying meals and taking in the gorgeous sights. Janhvi posted the photos with the caption, “Last to get on the Maldives bandwagon but I fully get the hype.” Janhvi later also posted several photos of herself looking absolutely stunning in an iridescent, metallic silver swim suit with a low cut back and plunging neckline. Janhvi sported a bare face and accessorised with stacks of chains in her neck and bands on her wrist.

Meanwhile, on the professional front, Janhvi was last seen in Roohi, a horror comedy, alongside Rajkummar Rao and Varun Sharma. She will be seen in Good Luck Jerry for which she recently finished shooting before heading for a quick holiday with her sister Khushi Kapoor in Los Angeles. The Dhadak actor had posted about the completion of the film, sharing a series of pictures with the caption, “I can’t believe it’s a film wrap. So many things have happened, changed, evolved, been learnt and unlearnt during the course of and because of this shoot. But through all of it I used to be so excited to come to set and see all these faces and trouble them and laugh with them and work tirelessly and unitedly to create something that was exciting all of us. ll miss all of you – is a massive understatement. And thank you for everything. ” The film is being directed by Siddharth Sengupta and produced by Aanand L Rai. Besides this, Janhvi also has Dostana 2 with beau Kartik Aaryan and Lakshya.

Kareena Kapoor Khan Pens Sweet Note For Cake And Everyone Can...

‘Black Widow’ joins the streaming battle, but nobody’s sure what winning...