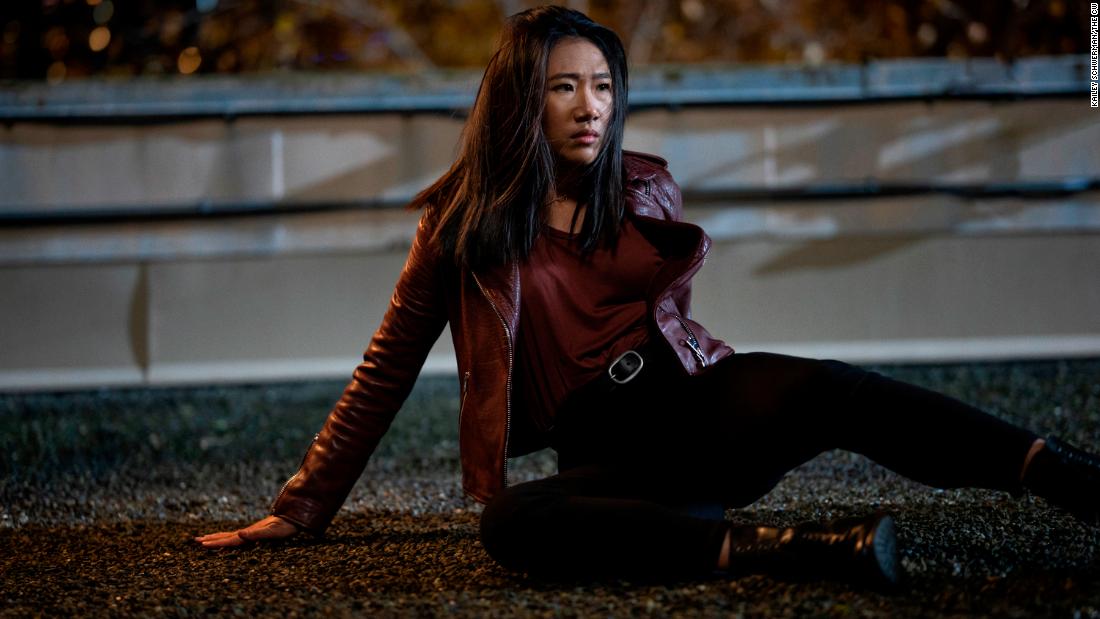 Racing through the plot in the very, very busy pilot episode, the series stars Olivia Liang as Nicky Shen, a young Chinese-American woman who, on a solo trip to China, winds up dropping off the map and entering a Shaolin monastery, where she’s trained for more than three years.

After an attack on the monastery – and the theft of a priceless sword – Nicky returns home to San Francisco, just as her sister (Shannon Dang) is about to get married. Her arrival reopens old wounds about family dynamics, particularly involving her demanding mom (“Crazy Rich Asians'” Kheng Hua Tan), who clearly invested plenty of hopes and dreams in Nicky’s once-promising future.

Still, all is not well in Chinatown, with corrupt forces having endangered her parents’ restaurant business (Tzi Ma plays Nicky’s dad), threatening the local community. If only someone could stand up to them, perhaps by beating up groups of armed henchmen, and had an ex-boyfriend (Gavin Stenhouse) who happens to work in the DA’s office.

The timing certainly feels welcome for a series that focuses on an Asian-American family, one with a lot of traditional problems to go with the more fantastic ones – locating the villain who stole the aforementioned sword foremost among the latter.

Still, “Kung Fu” – developed by Christina M. Kim under Greg Berlanti, who oversees the CW’s superhero dramas – feels less like a reboot than a new series that simply borrows the well-known title and spins out a litany of dramatic cliches. (In between, there was a syndicated revival in the 1990s.)

Granted, that assessment is based on one episode, and it might be worth sticking around for a couple more to see whether the mythological aspects actually blossom into something more than the premiere suggests. If not, to paraphrase the original show, it’ll be time to leave.

“Kung Fu” kicks off a mini-wave of April broadcast-TV premieres, including a pair of new series this week on ABC. Of those, “Home Economics,” a sitcom starring and produced by Topher Grace, feels potentially more distinctive than “Rebel,” which stars Katey Sagal as a blue-collar crusader without a law degree inspired by Erin brockovich, who is among its producers.
Informed by a “Modern Family” vibe, “Home Economics” – which also happens to be set in the Bay Area – focuses on three grown siblings, two of whom (played by Grace and Caitlin McGee) are strapped for cash, while their younger brother (Jimmy Tatro) is awash in tech bucks, living in a house he bought from Matt Damon (yes, that Matt Damon) with a dazzling view of the Golden Gate Bridge.

The underlying tension is that Tom, a novelist, is working on a book informed by – what else? – his crazy family. That adds a little bite to what’s otherwise a pretty breezy exercise, which doesn’t fully exploit the potentially interesting impact of class issues and disparate economic status on sibling rivalries, at least initially, as aggressively or imaginatively as it could.

All told, the concept and casting have promise. But while it features a modern family, at first blush, “Home Economics” is no “Modern Family.”

Snoop Dogg stormed off of Twitch, but forgot to turn it...