Kordinate
Home News Fashion Mum shares trick to fix clothes if there was a tissue in... 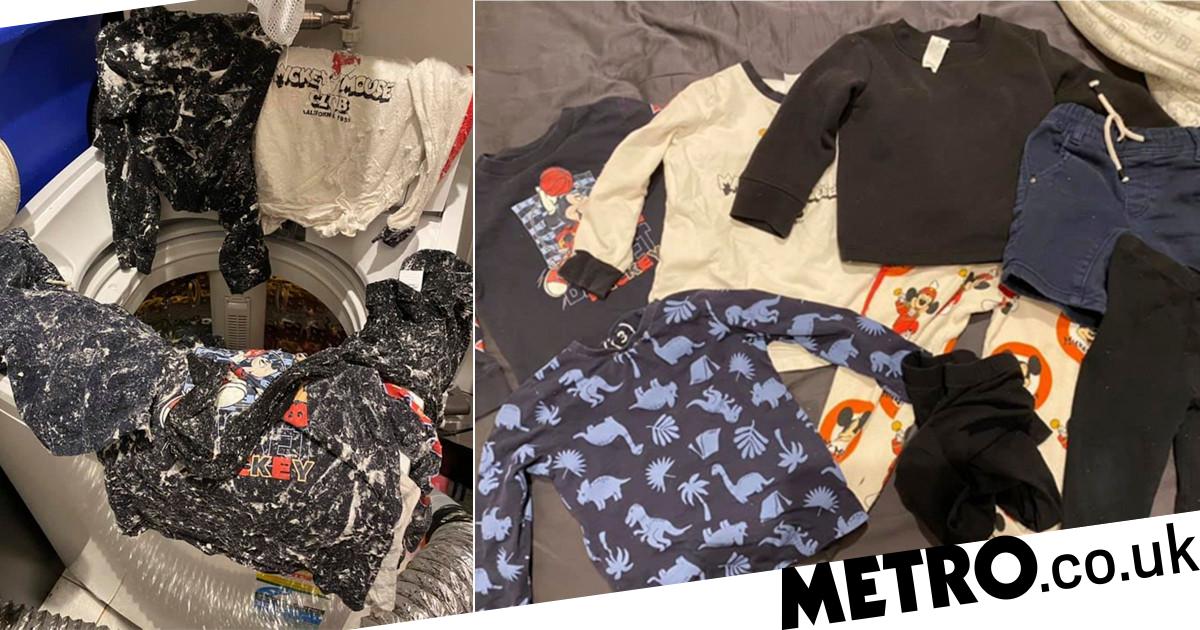 
A mum in Australia has a hack that can help us when the nightmare of a tissue ending up in the washing machine occurs.

In a stressed Facebook post the mum sought out advice after her husband accidentally put a whole box of tissues in the washing machine with their son’s shirts.

The result was garments covered in thick white fluff.

Someone suggested she rewash the clothes with aspirin – and the delighted mum confirmed after trying the trick, it does in fact work.

She joyfully wrote: ‘The clothes have been saved.’

The method she used to split the clothes into two separate loads, add eight aspirins to each load and then rewash.

That ‘eliminated 70% of the tissue’ she said, before then putting the clothes in the dryer while ‘cleaning the filter every 15 minutes’ until all remaining tissue was gone.

The mum’s original Facebook post received hundreds of comments with a mix of helpful tips – though many did also poke fun at her husband for ‘getting out of laundry duty forever’.

One woman said: ‘I am not showing my husband this – he will do it just to get out of doing the washing.’

Another wrote: ‘Still trying to work out how your husband managed to wash a whole box of tissues.’

Turns out, there was a logical reason for that – the mum said their tissues live in the cupboard above the washing machine, so it was an easy mistake to make.

Defending her husband, she said: ‘Just to stick up for my poor husband, he is actually really good at doing the laundry, I barely have to touch it. But this was out of both of our leagues. ‘

According to cleaners, aspirin is good to use as it will dissolve tissue without damaging clothing.

Bicarbonate of soda works too as the bubbles it creates in the wash break through tissue.

Step 1: Shake the clothes well to remove the large chunks

Step 2: Put the clothes back into the wash with at least four aspirin tablets for a small load

Step 3: Add a cup of vinegar to the load and wash on a warm cycle

Step 4: If there is any tissue left on the clothes put them in the dryer

Step 5: Clear the filter every 15 minutes until the clothes are tissue-free

And if you ever have sweat stains, crush aspirin, mix with warm water then apply the concoction to the stain.

Let it sit for a few hours then put it in the wash.

You can also use the over-the-counter drug to clean an iron if you turn it on to its highest temperature, then using tweezers rub the blackened area with the tablet.

MORE: Cleaning expert reveals how a teabag can leave filthy pans spotless – without any scrubbing

Crocs are not just a house shoe, now they’re a fashion statement

Katrina Kaif blushes in pink sweater as she preaches the simple...