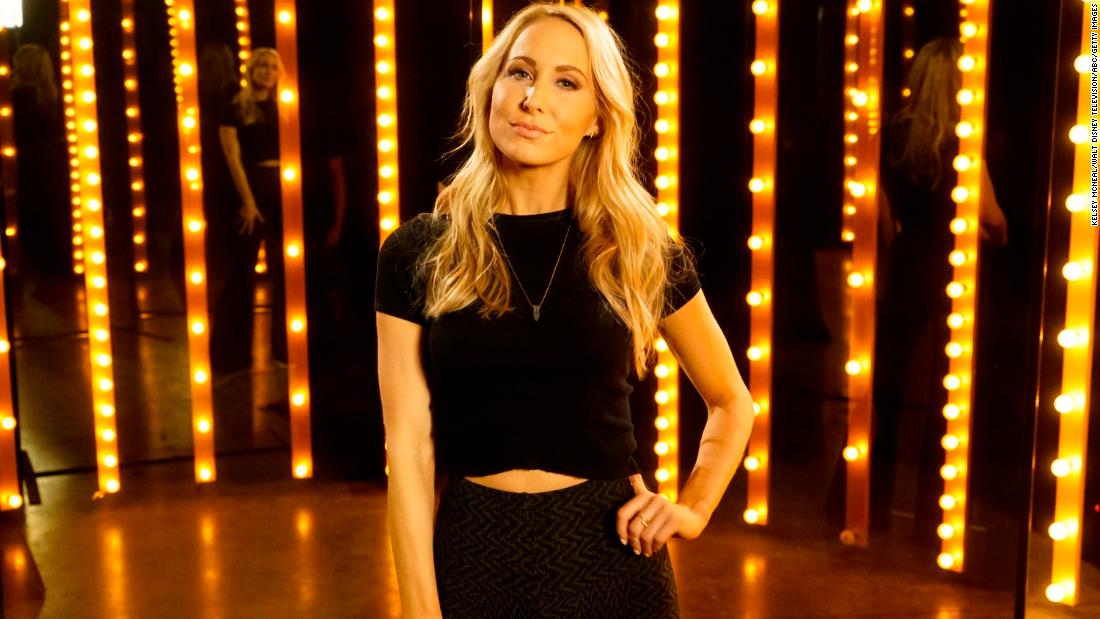 For Nikki Glaser, among the comedians featured in the film, her childhood included overwhelming feelings of being an ugly duckling, multiple insecurities, a craving for attention and an eating disorder. For years, she tried to fill the hole with stage time and project after project, explaining that “workaholism” became her drug.
She had been doing standup nightly, without many breaks, when the coronavirus pandemic hit. She moved back home to live with her parents in St. Louis, MO. It changed her entire outlook on life, her family and herself.

“I love them [my parents]. Everyone [thought moving home] was going to break us and people were like ‘I could never live with my parents.’ And I’m like, ‘I couldn’t live with your parents either. Your parents suck, “Glaser quipped in a recent interview with CNN.

She describes her parents as loose and open-minded.

“I know they’re going to be gone someday,” she added. “I really stopped and was like, ‘You will really miss this someday. And I’m trying to stay in the moment.'”

Glaser’s having such a good time with her family, she’s decided to stay in St. Louis, where she’s renting an apartment with her best friend and hosting a podcast.

“I live in an apartment in St. Louis and I don’t know what’s next,” Glaser said. “When other cities open up, I might get a place in LA and New York or just visit there. But I’m really found during the pandemic that I can have a great presence in Hollywood and New York from St. Louis, I just have to catch a Southwest flight. “

Glaser hosts her new podcast, “The Nikki Glaser Podcast,” produced by Will Ferrell and iHeartMedia’s Big Money Players Network, from her living room each morning. She said it’s possibly her favorite project of all time and has led to a deep self-love she hadn’t experienced before.

“It turns out I like myself for the first time in my life, like, I really have self-esteem, which is kind of kryptonite for a comedian, but this podcast is not just comedy, I kind of look at it as self- help, “Glaser said. “And by that, I mean, I hate to say it’s like a therapy session because it’s not, but I’m an open book on this podcast in ways that I’m not even with my closest friends.”

Glaser, who also has a reality show on deck, a comedy pilot she’s sold about cancel culture, and hosting duties on a dating competition show, said she’d eventually wants to include her family on the podcast.

“People love them. And, they’re really, my parents deserve to be on camera and broadcasting. They are definitely potential celebrities in their own right,” Glaser laughed. “I like giving them that opportunity later in life.”

Glaser said she’d like to do the podcast as long as possible.

“This is something I never want to walk away from, that I can do forever,” she said. And I’ve never really approached anything that way. I’m terrified of commitment. Like buying a 500 count of Q-tips is too much for me, “she said.” I lucked out because I have been doing it for three weeks now and it’s the best thing I’ve ever done. And I look forward to it every day. I’m so grateful and lucky to be in a position to [do it.]”

“It is not lost on me,” she said, acknowledging the widespread personal and professional losses so many have faced in the past year. “I wake up every day. I started praying over the summer, too. Like I found my version of God, even though I was always an atheist. I’m just more spiritual and I’m not as egotistical. I want to help more people. ”

“I want to do everything I do, whether it’s funny or not, has to also check the box of, does this make people feel good?”

And that includes herself.

“Everything isn’t make or break,” she says. “And I’m just much more easy with myself. And I feel compelled to share the secrets I’ve learned through reading self-help books and talking to smart people and listening to podcasts and meditating in the most palatable way that isn’t preachy. This isn’t a goop podcast. It’s a comedy podcast, but I also have a message. I want everyone to be happy. Including myself. Yeah. “