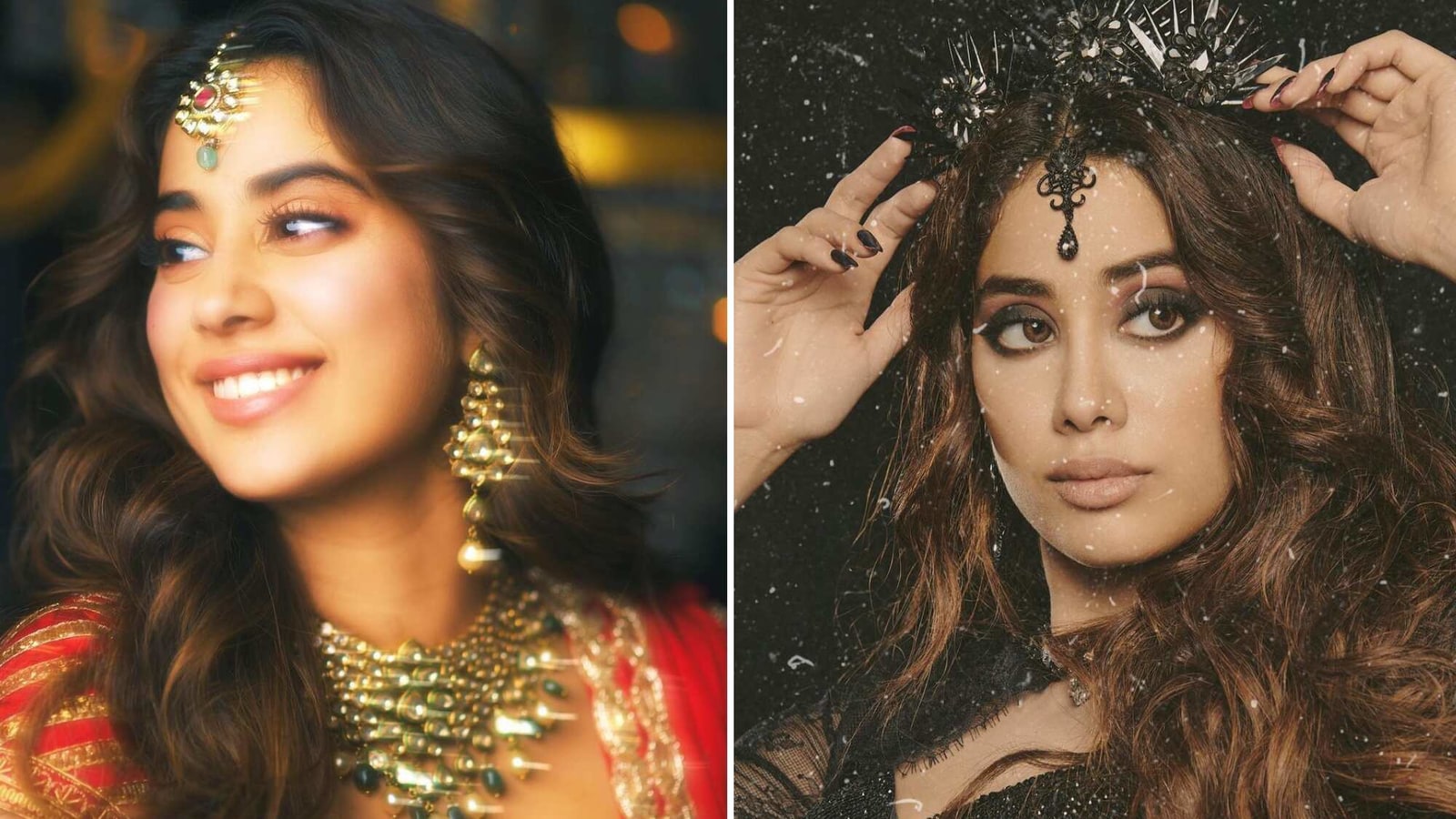 
Janhvi Kapoor, Rajkummar Rao and Varun Sharma’s upcoming film Roohi, a horror comedy, has been in the news for several weeks, especially given the number of name changes to the title. And the first song to be released from the film, Panghat, is finally out, and like expected, Janhvi is looking as stunning as ever in both of her polar opposite avatars. The peppy number features Janhvi in ​​a never-seen-before avatar as she shows off her killer dance moves with Rajkumar and Varun adding the perfect amount of goofiness with their hilarious antics.

Janhvi shared the dance number on her Instagram account with a caption that read, “The first song of #Roohi, #Panghat out now – Link in bio. #Roohi in cinemas 11th March, 2021.” The video of the track begins with Janhvi sitting with a veil over her head as Varun and Rajkummar walk towards her as grooms. The two actors are seen wearing identical sherwanis and have smiles on their faces.

Janhvi is first seen dressed as a bride in a red lehenga as she dances with Rajkummar and Varun in a palace but soon the party gets hijacked by her ghost avatar as the place turns spooky. Dressed in a black outfit and wearing a crystal crown with dark makeup, Janhvi looks stunning in the spooky avatar too. Janhvi shared images of her looks from the song and captioned them, “Roohi ya Afza? Aapki pasand kaun hain? (Who do you prefer Roohi or Afza?)“

On the other hand, Varun and Rajkummar can be seen dancing as the two goofy grooms. Crooned by Asees Kaur and Divya Kumar, the lyrics of the party anthem have been penned down by Amitabh Bhattacharya. The music has been given by the popular duo, Sachin – Jigar while the rap is performed by Mellow D. The trailer of the film had released last week and received an overwhelming response from the film industry and fans.

‘Roohi’ which was previously called ‘Rooh Afza’ and then ‘Roohi Afzana’, is a horror-comedy directed by Hardik Mehta. A Jio Studios presentation, ‘Roohi’ is being produced by Dinesh Vijan and Mrighdeep Singh Lamba. The film marks the first-ever collaboration of Rajkummar and Janhvi. Rajkummar and Varun have earlier shared screen space in the 2015 release Dolly Ki Doli.

In an interview with Indian Express, Hardik Mehta admitted that Stree paved the way for a movie like Roohi saying, “The concept for Roohi came from Mrigdeep Singh Lamba and Gautam Sinha, who are the writers on the film, and then they wanted a young director and that’s how I came into the picture. I had to take it ahead in a fashion where I mash-up pulp and horror and create a cinematic experience out of it. “

He continued saying, “Stree actually paved a way for us. The success of Stree has led to Roohi. If there was no Stree, there wouldn’t probably have been Roohi. “

Roohi, which is the first major Bollywood release post lockdown, was set to hit the cinemas in the first week of June last year, but the film had to be postponed due to the ongoing coronavirus pandemic. The upcoming horror-comedy will also become the first film to arrive in theaters after the ministry of information and broadcasting allowed cinema halls nationwide to operate at full capacity from February 1 with COVID-19 safety protocols put in place. The film is set to hit the theaters on March 11.

(With inputs from ANI)

There’s a dearth of Black players on the LPGA Tour. ...