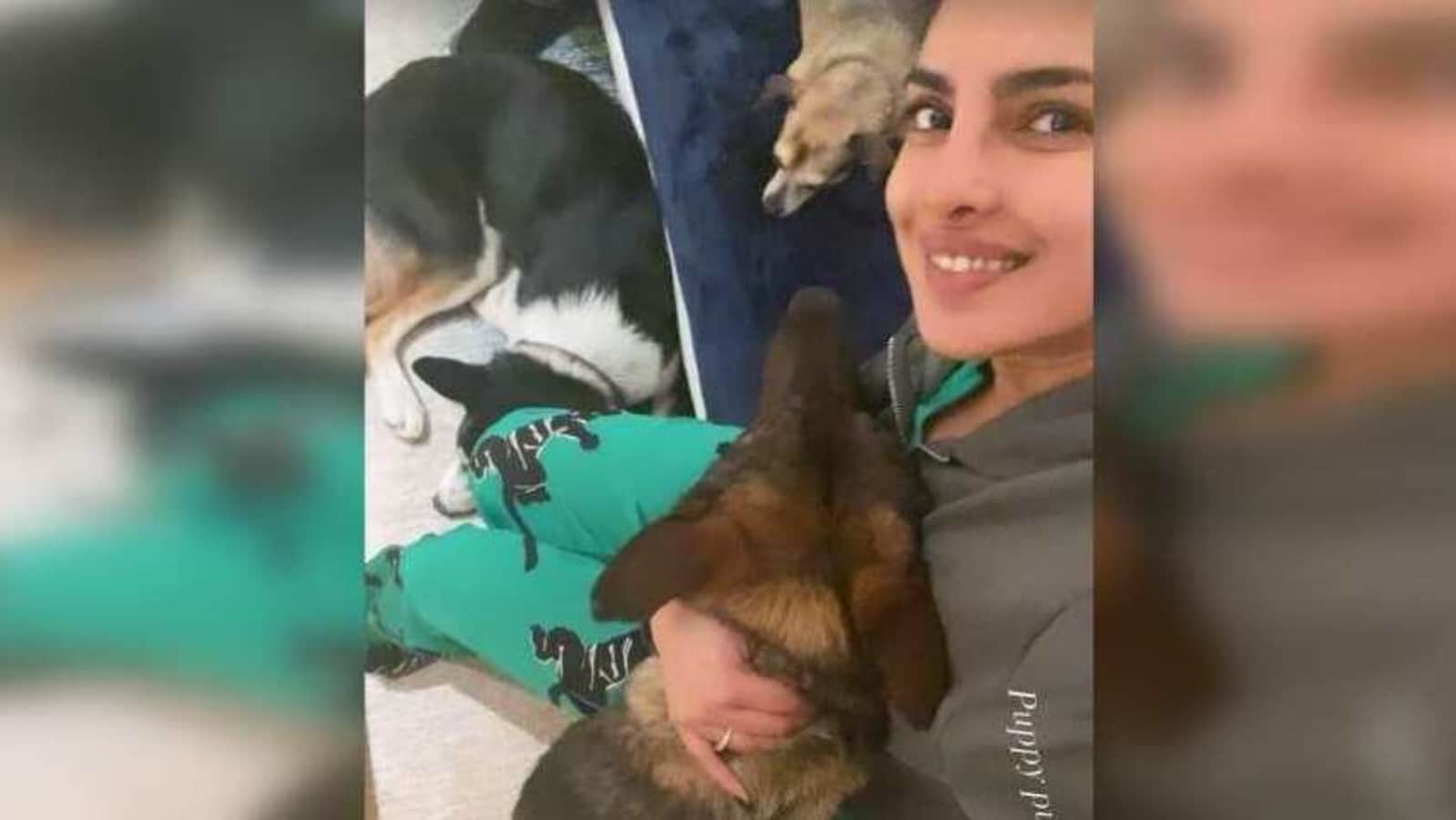 Most people used to opt for simple basic pyjamas and never put a lot of thought into it, but that changed when the lockdown began and somehow it became all about the loungewear. Having cute pyjama sets that were comfy and great to run last-minute errands in got in demand and it wouldn’t be wrong to say that they are still quite the rage. A lot of celebrities gave us loungewear goals during the lockdown and seems like Priyanka chopra is continuing with the tradition. The actor who has championed the work from Home look recently posted an image of herself enjoying with her three dogs in her London home.

However, her fans took note of her quirky pyjama set and fell in love with it. The picture that we are talking about showed the actor wearing a green pyjama set with a climbing panther print all over. The comfy pyjama had an elastic waist for comfortable adjusting. She teamed it with a matching silk button-down shirt that was adorned with colored piping and it also had a front pocket. Over the pyjama set, the Baywatch actor wore a dark gray jacket to beat the chilly weather.

Priyanka looked radiant without her makeup. The image shows the 38-year-old smiling for the selfie while enjoying the company of her pets Diana, Gino and Panda. She captioned the picture, “Puppy puddle (sic).”

Check out some of her other work From Home looks that we have bookmarked:

On the work front, Priyanka Chopra is currently busy promoting her memoir, Unfinished which has recently hit the stands. She has completed the shooting for her film The Matrix 4 in which Priyanka will be seen sharing screen space with Keanu Reeves. Her upcoming projects also include the film, Text For You.

Myanmar military occupies hospitals and universities ahead of mass strike

Coronavirus pandemic: can the death of skinny jeans save retail?