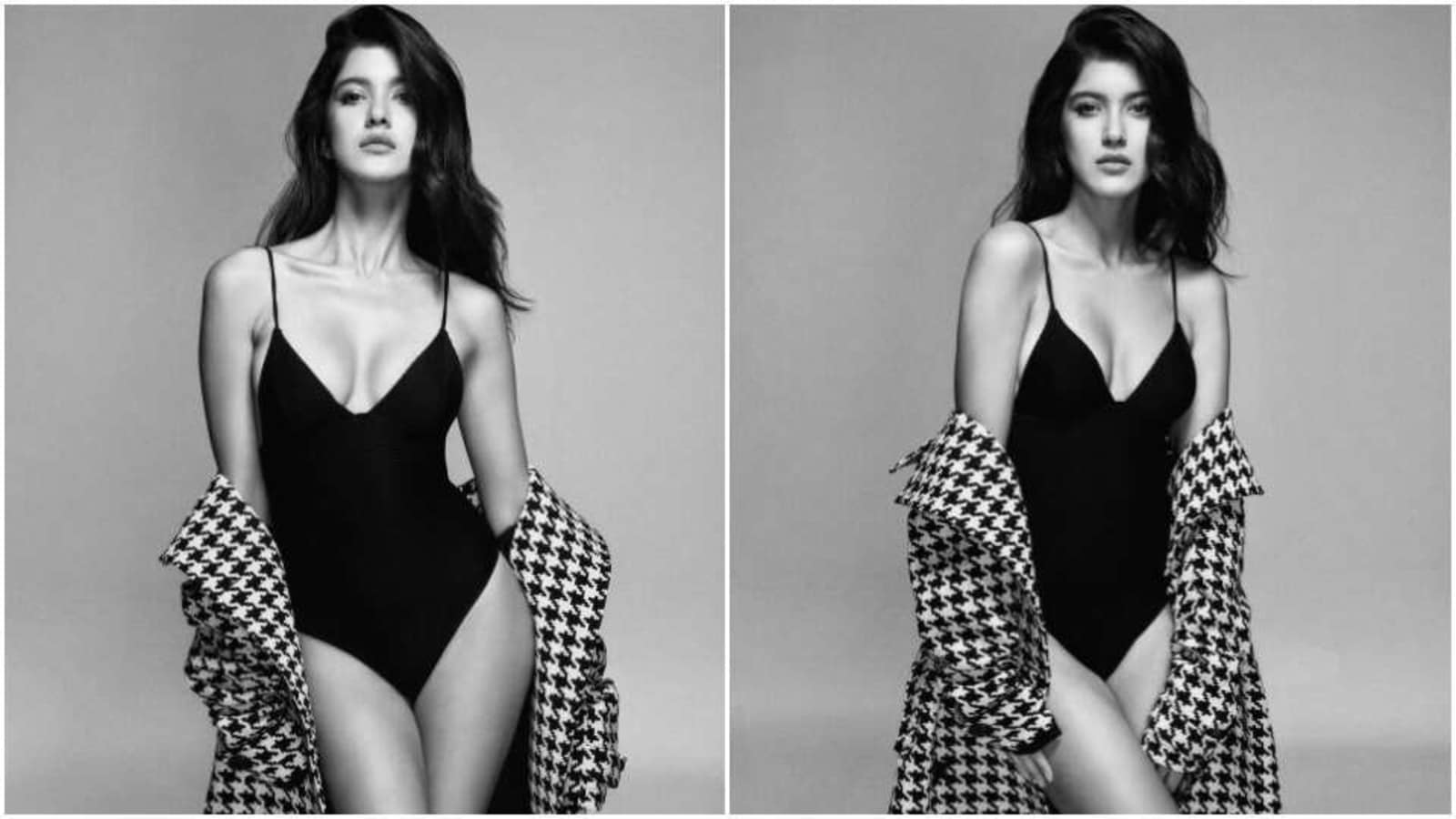 Shanaya Kapoor is truly the face of Gen Z’s fashion sense. The stunner’s sartorial picks are the perfect combination of bold and beautiful with a little bit of chic and that is why people look up to her and take inspiration from whatever she steps out in. The fact that she is the younger cousin of Sonam, Rhea and Janhvi Kapoor just means that an impeccable fashion sense is in her genes and the way she adds her own touch to it is just cherry on top.

Shanaya recently shared monochrome pictures of herself from a shoot and left everyone speechless. The gorgeous black and white images showed the diva mixing old Hollywood charm and the boldness of Gen Z in a bodycon monokini. She wore a spaghetti strap plunging neckline deep black bodysuit and teamed it with a large monochrome jacquard classic trench coat. The double-breasted jacket that added a lot of character to the look featured a belt, usable pockets and transparent buttons.

The 21-year-old let her attire be the main highlight of the shoot and opted to be sans-accessories which was a great call. Her glam also imparted old Hollywood charm as she sported puffed up large side-parted hair with a little bit of wave. Shanaya’s makeup included subtle shimmery eyeshadow teamed with mascara-laden lashes, a nude lipstick and lots of highlighter. She shared the fabulous images on her Instagram with the caption, “can’t explain, but I’ll find a song that can (sic).”

Coming back to the attire, the statement monochrome trench coat that Shanaya was wearing is from the shelves of the homegrown brand Kefi and if you want to add it to your winterwear collection, you will have to spend ₹12k.

On the work front, Shanaya worked as an assistant director in the 2020 Netflix film Gunjan Saxena: The Kargil Girl which starred her cousin Janhvi Kapoor in the lead role. She also recently announced that she will be making her Bollywood debut soon in a Dharma production.

Healthy Breakfast: Give Regular Poha A Unique Spin With This Oatmeal...