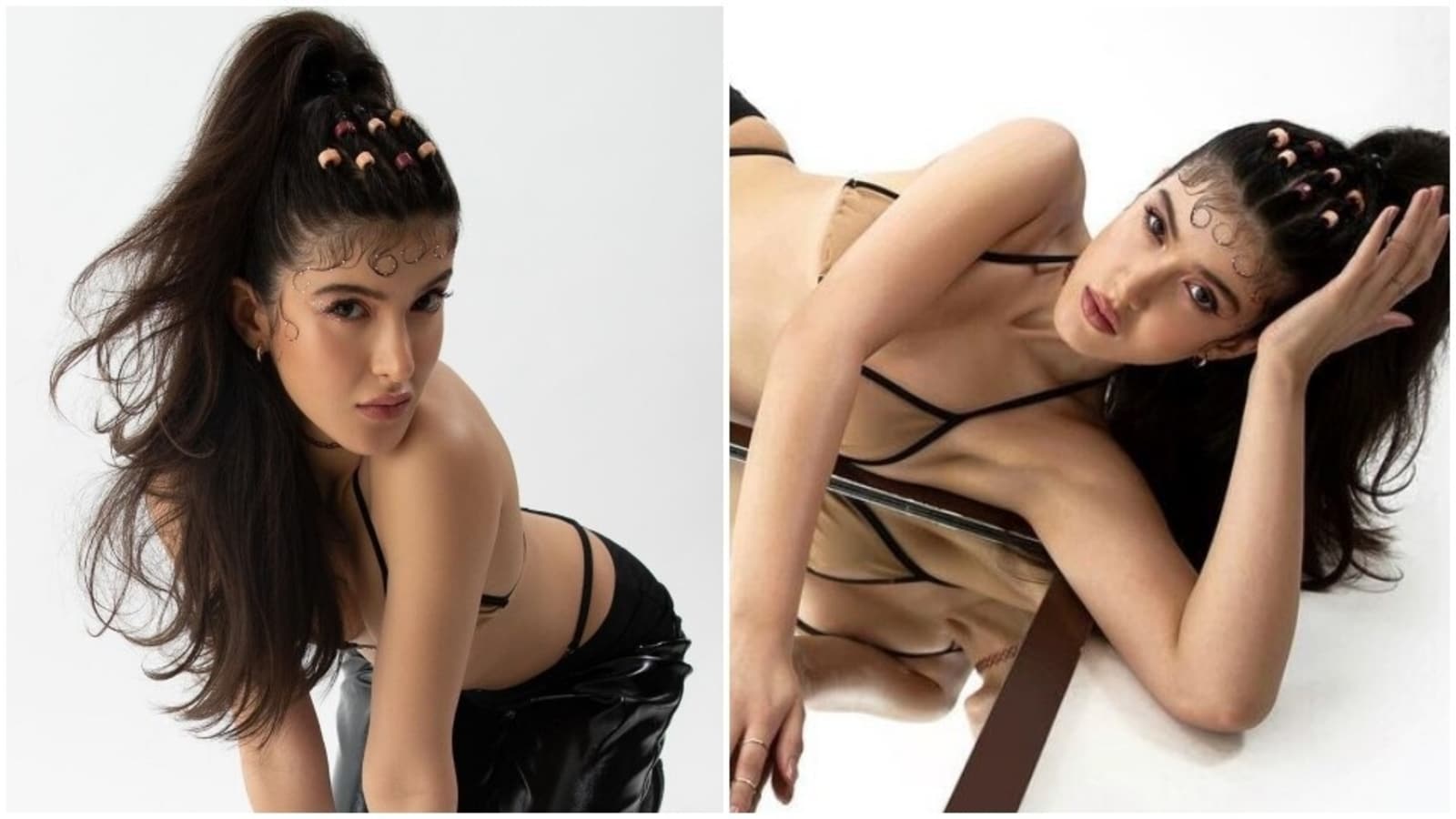 
Shanaya Kapoor is one of the up-and-coming fashionistas. To know what we are talking about, you just have to scroll through her Instagram account. The younger cousin of Sonam, Rhea and Janhvi Kapoor has mastered the art of impeccable dressing like her sisters and her fans love it.

Recently, stylist Chandini Whabi shared a BTS video from a shoot featuring Shanaya. In the clip, a team of stylists can be seen working on Shanaya and incorporating the Y2K aesthetics into her look. The star kid wore a beige and black colored bikini top with a matching bikini bottom.

Shanaya teamed a pair of low-waist black flared leather pants with the bikini top. She wore the pants in a way that the straps of her bikini bottoms were clearly visible. Her entire look screamed of the Y2K vibes, which covers the late 90s and early-to-mid 2000s era.

For the hairdo, Shanaya tied her tresses in a voluminous ponytail adorned with colorful hair beads. A few strands of hair were decoratively curled on her forehead and decorated with shimmery hair stickers. She accessorised her attire with tiny silver hoop earrings.

For the uninitiated, the Y2K style is typically quite futuristic and has a retro edge to it. Think of shiny materials, chunky sneakers, pleated skirts, baguette, low-rise flare jeans, crop tops and colorful sunglasses.

This is not the first time Shanaya has set the internet on fire with her sartorial picks. A recent photoshoot for which she wore a risqué sheer draped dress with an OTT hat created quite the buzz online. She had shared the pictures on her Instagram with the caption, “Mentally I’m in Mexico ordering for tacos by the beach.”

Take a look at some other glamorous ensembles donned by Shanaya:

What do you think about her style?

Anne Hathaway’s role in ‘The Devil Wears Prada’ was offered to...

Survey finds most popular underwear for men is the tighty-whitie

Watch: Chickpea (Chana) And Tofu To The Rescue For The Ultimate...