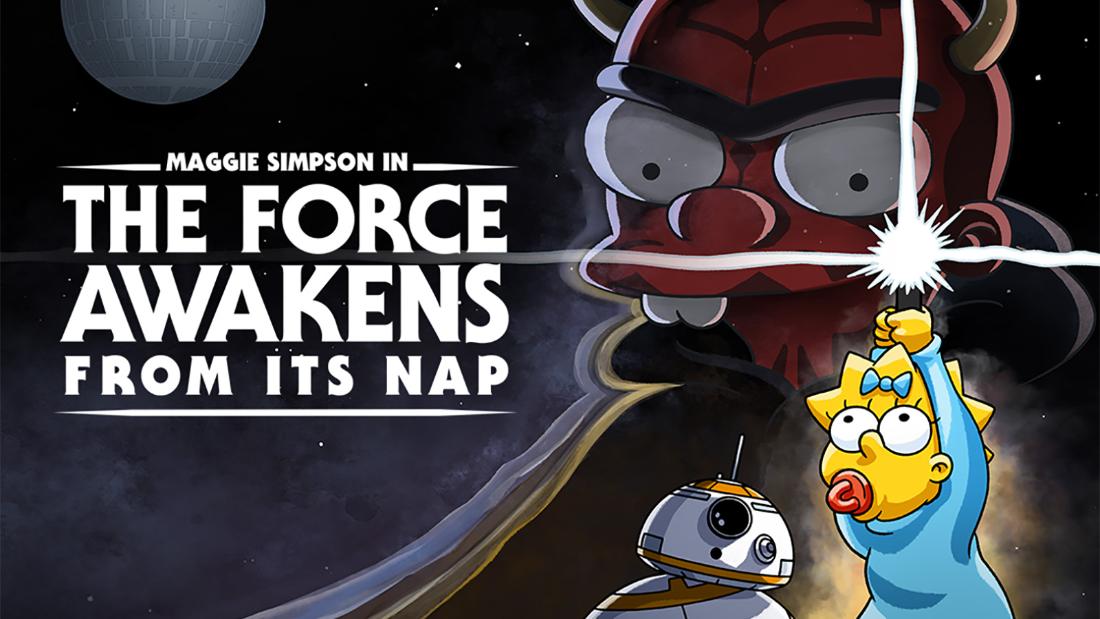 “We wrote the first draft around January 28. It was me, Michael Price and Joel Cohen and David Silverman directed. And we really worked nonstop from late January right till the end of last week,” Jean tells CNN. “You may think, ‘Wow, three minutes. How could you take so long?’ You know, it takes a long time to make something look casual. ”

The story, out now in honor of the May 4 “Star Wars” fan-observed holiday, finds the youngest Simpson spending the day at Jabba’s Hut Jedi Preschool and among “Star Wars” familiars – everything from baby Wookiees to baby droids. She then must battle the dark side to retrieve her beloved pacifier.

The short, which runs about three and a half minutes in length, is one of what is expected to be several shorts to come from “The Simpsons” team, thanks to a deal struck between Disney + and executive producer James L. Brooks back in January .

Working with LucasFilm was “great,” according to Jean, adding that the only restriction placed on them was their use of the beloved Grogu, also known as “the Child” or “Baby Yoda.”

“Grogu is the most popular character created anywhere in fiction in the last year, and you don’t want to overexpose him,” Jean says. “So they let us do a little tribute to him but not a big reference, which I think is great.”

At one point, the Mandalorian himself made an appearance in the short, but it ultimately got cut from the piece.

“There was a scene where we had the parents picking up the kids, and the Mandalorian was one of them,” Jean says. “What happened once we hit on it as a story between Maggie and BB-8, we just eliminated everything that was not pertinent to that story.”

Jean, however, would welcome the opportunity to play in the “Star Wars” universe again in the future.

“I would love it that,” he says. “The Phantom menace poster [in the credits], where you see like the shadow of the pacifier, that was David Silverman’s drawing. And I [said], ‘Yeah, that gives you all sorts of ideas. “”

Also available to them for future shorts is the whole library of Disney properties, from Marvel to Pixar (“I’m in animation, but I think they’re the best in animation”).

“I did get one year free, but when it came to be renewed, I gladly did,” he says.

Future shorts will likely be tied to other key dates on the Disney + calendar, Jean said. In fact, he just found out that November 12 is the second anniversary of Disney +, “so we might do something for that, too.”

Jean is no stranger to the hard work that animation requires – short or otherwise. But the prospect of another full-length feature, he says, is one thing that remains up in the air.

“The feature nearly killed us,” he says. “And one side issue of another movie, which we’ve talked about, is I believe that the feature market is really backed up right now. I mean, there has to be so many terrific films and animated films already in development that somebody said , they’re going to have a big movie come out every week in the fall. So that would definitely delay it. ”

He adds: “But, I mean, we were really happy when we did the film – when we were done and could look back at it. I’m really proud of it. So, I would be happy to do another. We wouldn’t do it unless we really thought it deserved a full movie treatment and was worth into the viewer. We wouldn’t do it just for the money. ”

15 outfits to wear to the next wedding in your calendar

A fashion show organized in Kashmir to ‘break stereotypes’