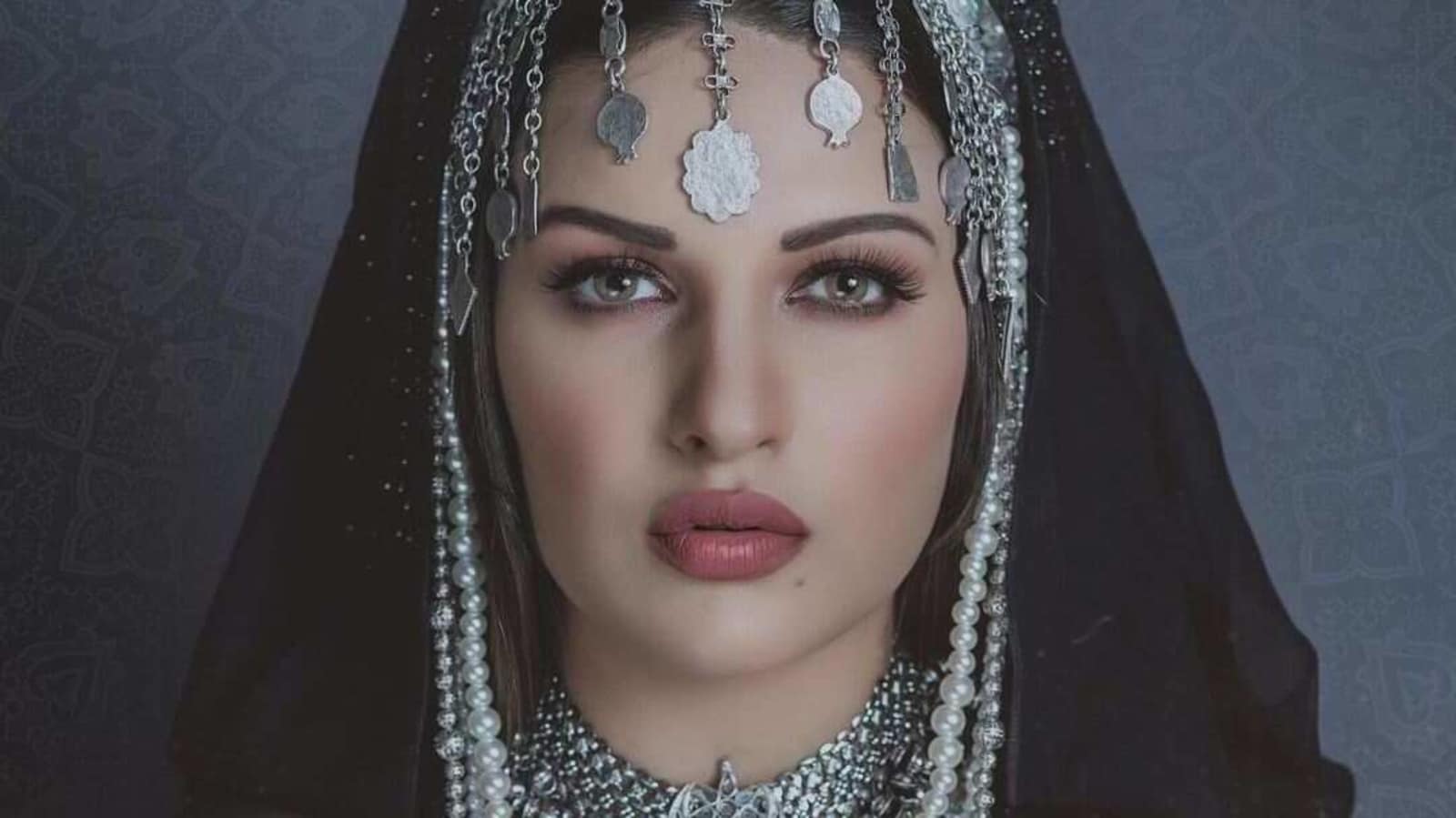 
We all know her as the sultry, green eyed contestant from Bigg Boss, and now Himanshi Khurana is making waves with her latest song, Surma Bole, which was released on YouTube by the makers on Saturday.

We all know her as the sultry, green eyed contestant from Bigg Boss, and now Himanshi Khurana is making waves with her latest song, Surma bole, which was released on YouTube by the makers on Saturday. Sung by Himanshi, the song is penned by Bunty Bains and composed by The Kidd. Since its premier less than 12 hours ago the song has received four million views and 18 thousand likes. In the video of the song Himanshi can be seen looking stunning wearing gorgeous accessories like a gold coin head piece, a gold chain veil, and figure-hugging outfits in black and gold, embellished with sequins, beads, embroidery and tassels as belly dancers dance behind her in the Dubai desert. In one of the shots for the song Himanshi can be seen sporting a pearl and silver head pieces that dangles alongside her silver choker and necklace, both featuring mirror work, a black veil covering her head. The green eyed beauty shared sneak peeks from the song, one of which was captioned, “If you are the king watch the queen conquer.”

The video starts with Himanshi making a call from the terrace of a building, followed by her grooving in the deserts of Dubai as well as in palatial looking settings. In some parts of the video she is also seen in an Ariana Grande-esque look wearing a short bell sleeved black shimmery dress, smokey eyes, knee-high boots and a high ponytail. In another part she is seen wearing a red and white saafa around her head like one sees Arabs in the desert wear often.

Himanshi’s beau Asim Riaz also took to his social media to laud his partner for being the first Punjabi singer to feature (according to reports) on New York’s Times Square billboard. Asim shared a snapshot of the same to his Instagram story with the caption, “Wow @himanshikhurana at Time Square.” On the professional front Himanshi was last seen in the music album, Allah Khair Kare. She also starred alongside Asim for Afsos Karoge, Kalla Sohna Nai and Khyaal Rakhya Kar.