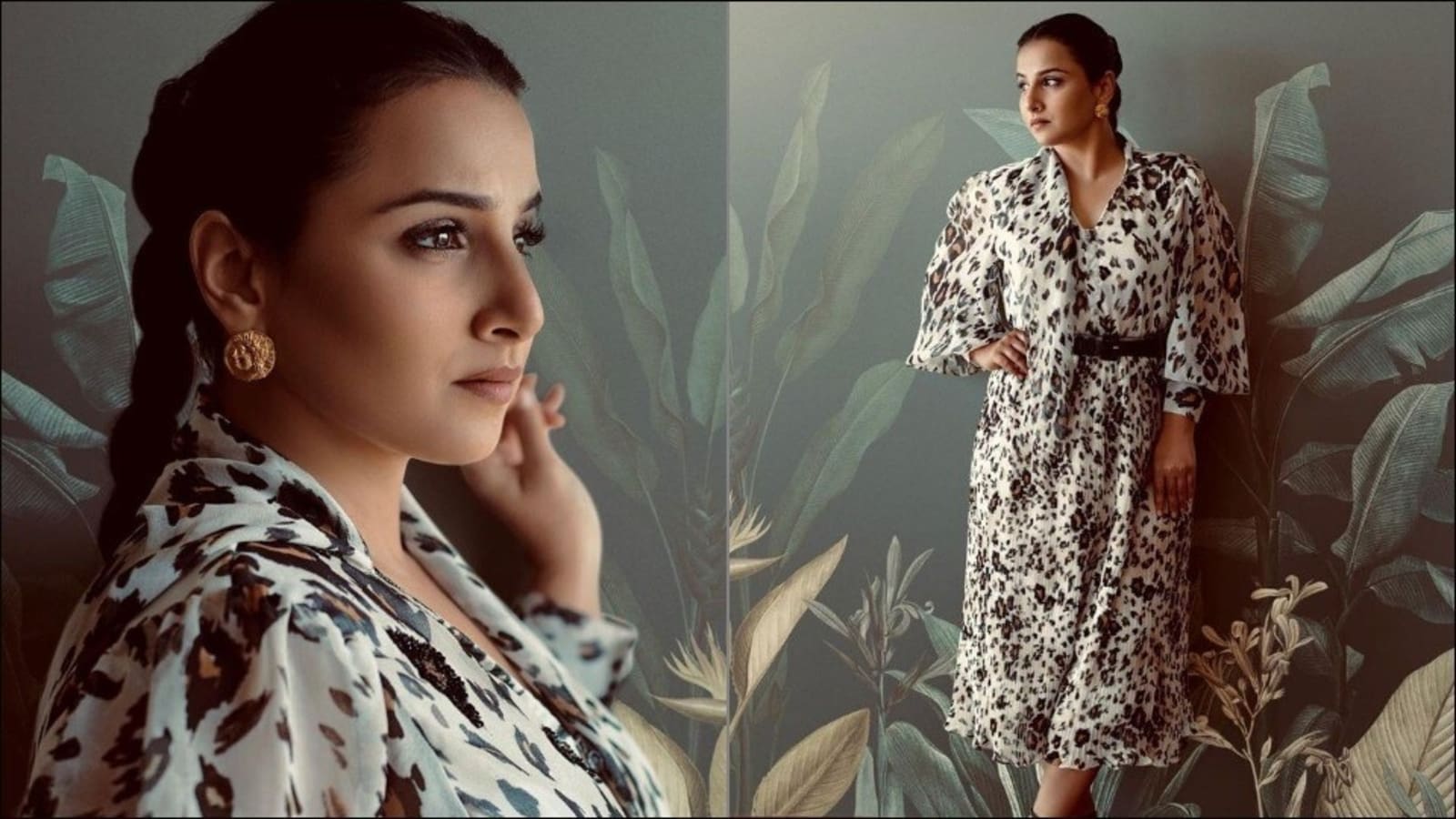 
With animal print poised to blowup in 2021, Sherni star Vidya Balan laid fashion cues on how to look modern yet timeless and most importantly, classy without looking tacky in a leopard print coordinate set. Roaring goodbyes to desi silhouettes at her upcoming movie, Sherni‘s promotions, Vidya slew a bold look in the leopard print coordinate set which included a pleated skirt and blouse and we are loving the sultry vibe.

The pictures flooding the Internet feature the diva at her sartorial best and as she brought back the declining wildlife-inspired patterns in full force this season. Exuding a savage or wild sexuality in one of the most used prints in haute couture, Vidya was seen donning a white base leopard printed shirt that came with an embellishment at the front and a tie up at the neck with a regular fit and full length balloon sleeves.

The Bollywood star teamed it with a similar white base leopard print pleated skirt which reached her mid calf and was held at the waist with an elasticated band. Made of viscose fabric, the coordinate set was accessorised by Vidya with a pair of round statement gold earrings from Ineze.

Pulling back her sleek hair into a neat plait, Vidya opted for neutral tone makeup with a dab of brown matte lipstick, kohl-lined eyes, mascara-laden eyelashes and filled-in eyebrows. Completing her attire with a pair of strappy black heels, Vidya posed tough looks for the camera as she took the ‘Sherni‘ vibes a notch higher.

Vidya was styled by celebrity fashion stylists and creative directors at Who Wore What When. Sherni is slated to release on June 18 where Vidya Balan essays the leading role of a forest officer.

Move Over Your Regular Rotis, Try This Easy Tandoori Garlic Roti To Enjoy At Your Next Dinner Party

Cyberpunk 2077 Is Back on PlayStation Store; PS4 Gamers Still...

Dolly Parton says ‘thanks, but no thanks’ to a statue of...

Lunch, Coffee And Dessert: All About Sonam Kapoor’s Date With BFF