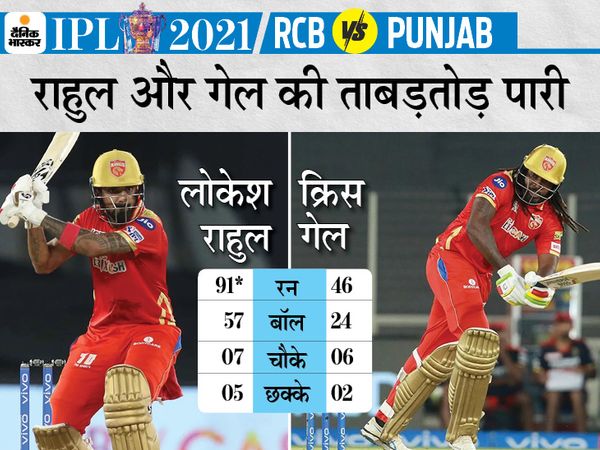 In the 26th match of the IPL 2021 season, the Punjab Kings made a comeback and defeated Royal Challengers Bangalore by 34 runs. There were many heroes of Punjab’s victory in the match. In the first batting, the innings of captain Lokesh Rahul and Chris Gayle were able to give the target of 180 runs to Bengaluru. After this, in bowling, Harpreet Brar dismissed Royal Challengers on the backfoot by dismissing RCB captain Virat Kohli, Glenn Maxwell and AB de Villiers. Let us know the 5 factors due to which Punjab was able to win the contest easily. 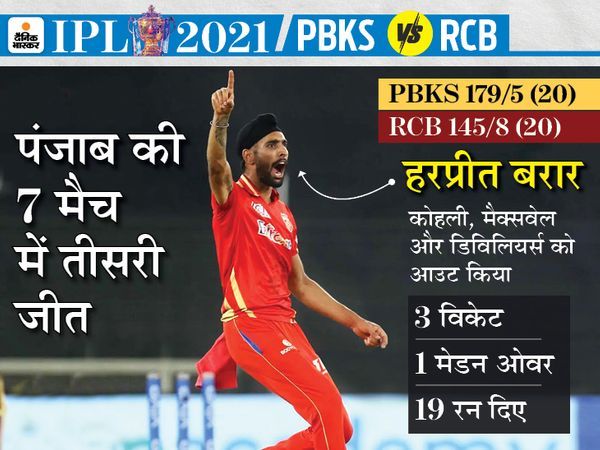 Rahul-Brar added 60 runs in the last 4 overs.
Rahul, Gayle and Brar played a brilliant innings for Punjab. Rahul made 25th FIFTY in IPL. He was not out scoring 57 runs off 57 balls. At the same time, Harpreet played an unbeaten innings of 25 runs off 17 balls. He scored an unbeaten 61 off 32 balls with Rahul. Gayle scored 46 off 24 balls. Rahul-Brar added 60 runs in the last 4 overs to bring the team’s score to 179 runs.

22 runs in the last over of Harshal
Harshal Patel bowled the last over for Bengaluru after winning the toss and bowling first. Harshal once again proved to be expensive and in this over, the Punjab bowlers hit 22 runs. It consists of 2 sixes and 2 fours. Earlier, Jadeja had scored 37 runs in Harshal’s last over against Chennai Super Kings. 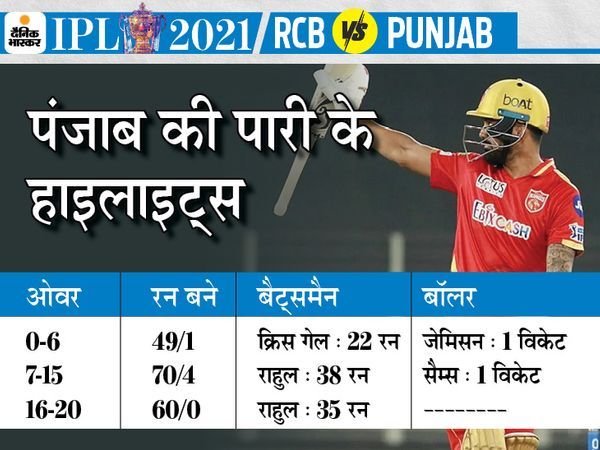 Only 5 specialist batsmen’s strategy falls heavily on Bengaluru
For Bengaluru, the strategy of landing on the field with just 5 specialist batsmen is not working. In the last match too, they could win the match against Delhi by just one run. At the same time, he had to face a crushing defeat against Chennai. In the absence of the bat of Kohli, Maxwell and de Villiers, Bangalore has not been able to win a match so far in the season.

Kohli’s slow innings increased pressure on the team
The Bengaluru team’s opening came down to chasing a target of 180 runs. The team’s first wicket fell at 19 runs. Rylee Meredith bowled cleanly to Devadatta Padikkal. He scored 7 runs off 6 balls. After this, captain Virat Kohli, along with Rajat Patidar, handled the Bangalore innings. Both of them shared a 43-run partnership off 46 balls. However, Virat lost his wicket in the wake of increasing the run rate. Virat was dismissed for 35 off 34 balls. 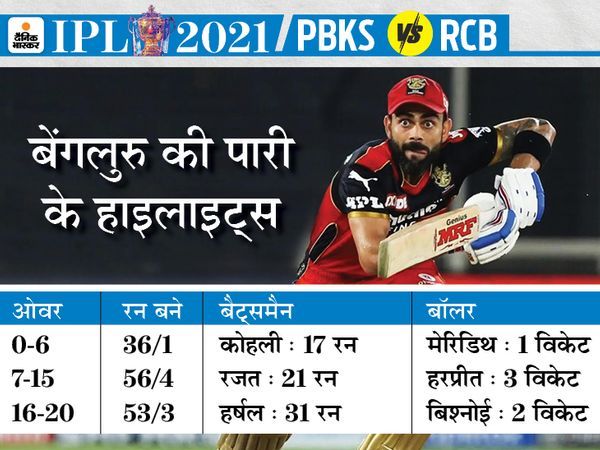 Bishnoi’s superb bowling
Bishnoi bowled brilliantly after Harpreet for Punjab. He also took 2 wickets on 2 consecutive balls. Bishnoi sent Shahbaz Ahmed and Daniel Samms to the pavilion in the 16th over. Shahbaz scored 8 and Sam’s 3 were dismissed.

New Zealand tour of England: New Zealand will play 2 Tests before the Test Championship final; Players who have played IPL will not...

How did Sushil Kumar become the badboy of Indian wrestling, who won the wrestlers’ victory?