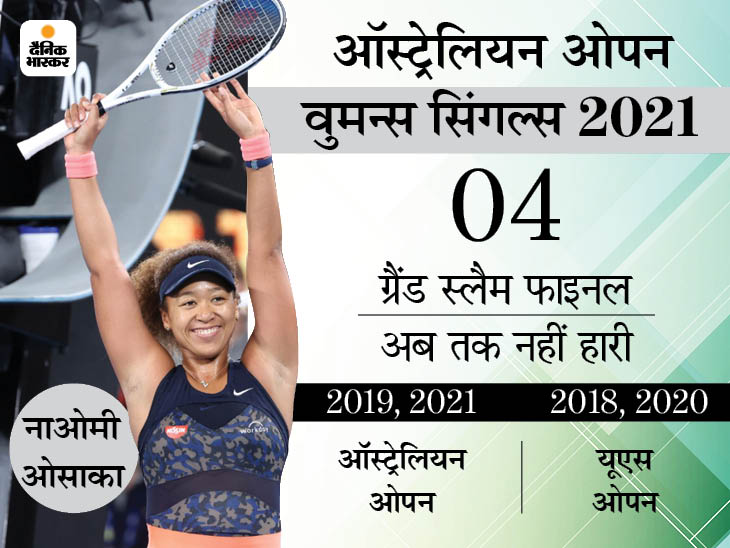 Japan’s tennis star Naomi Osaka won the Australian Open title for the second time. She defeated America’s Jennifer Brady in straight sets 6-4, 6-3 in the final of the Women’s Singles. The match between the two lasted for an hour and 17 minutes.

Not a single time in the match, it was felt that 25-year-old Brady had also troubled Osaka. World No. 3 Osaka won the match easily. At the same time, this was the first final of any Grand Slam of World No. 24 Brady.