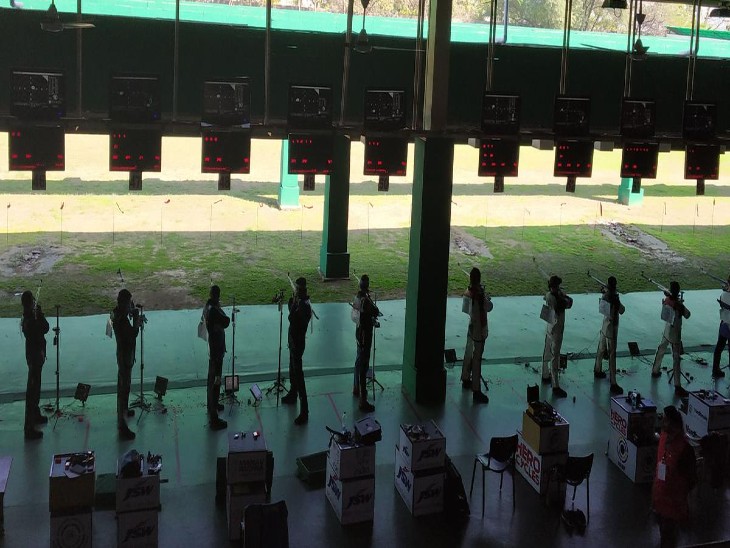 A year after the battle with Kovid-19, Raunak has returned to the playing fields. Sai centers across the country have been buzzed by the movement of the players. Everyone has a Tokyo Olympics starting four months later. Players are either preparing for the Olympic qualifiers or winning medals at the Tokyo Games. Sai’s Regional Center in Bhopal, Lucknow, Kolkata, Sonipat, Mumbai or Stadiums under Sai located in Delhi. Training has started in all. However, the players will soon start practice at the Regional Center in Guwahati and the Training Center at Raipur-Rajnandgaon.

Players have returned to Mumbai and Aurangabad Sai Centers in Maharashtra. In Aurangabad, 128 players of athletics, hockey, archery, weightlifting, boxing and fencing are practicing. While kabaddi, athletics and hockey players are preparing in Mumbai. Players are being prepared for the 2024 Paris Olympics and 2028 Los Angeles Olympics at both these centers.

Women’s wrestling preparations for the Olympics have begun. The practice of five more games has started. Center executive director Sanjay Saraswat said, “2020 has been very confusing. Now when the situation is back to normal, the players are also full of energy.

There have been 213 players from 5 games in different phases. The center is divided into three zones Red, Orange, Green. Players remain in the Green Zone area. A Psychologist has been appointed for counseling. The women’s team of Rowing is preparing for the Olympic qualifiers.

Hazaribagh: hockey astroturf will be ready

Hazaribagh Sai Center has received 8.3 crores for Hockey Astroturf. As of now the players are practicing on clay. International level facility will be available.

In Subhash National Institute of Sports, a national camp of 3 games is going on. Which includes athletics, boxing, weightlifting. Sports staff experts, kitchen staff have also been placed for the players’ diet. Netaji Subhash Eastern Center in Kolkata has also opened from 4 February.

Preparation continues at two levels at Devilal Sai Northern Regional Center. Wrestling camp is going on here. Apart from this, a para-Olympic archer’s camp is also set up. At the same time, players of kabaddi, wrestling, hockey, archery and athletics are sweating at the National Center of Excellence.

Training will begin soon in Raipur and Rajnandgaon of Chhattisgarh. Manjushree Dayanand, director of Sai Regional Center Bhopal, visited here. He then said that the Raipur center is not safe for the players. Therefore, there will be a relocation.

This is also a record of Kohli’s career: as captain, he...

Regina King to Star as Shirley Chisolm in Upcoming Biopic