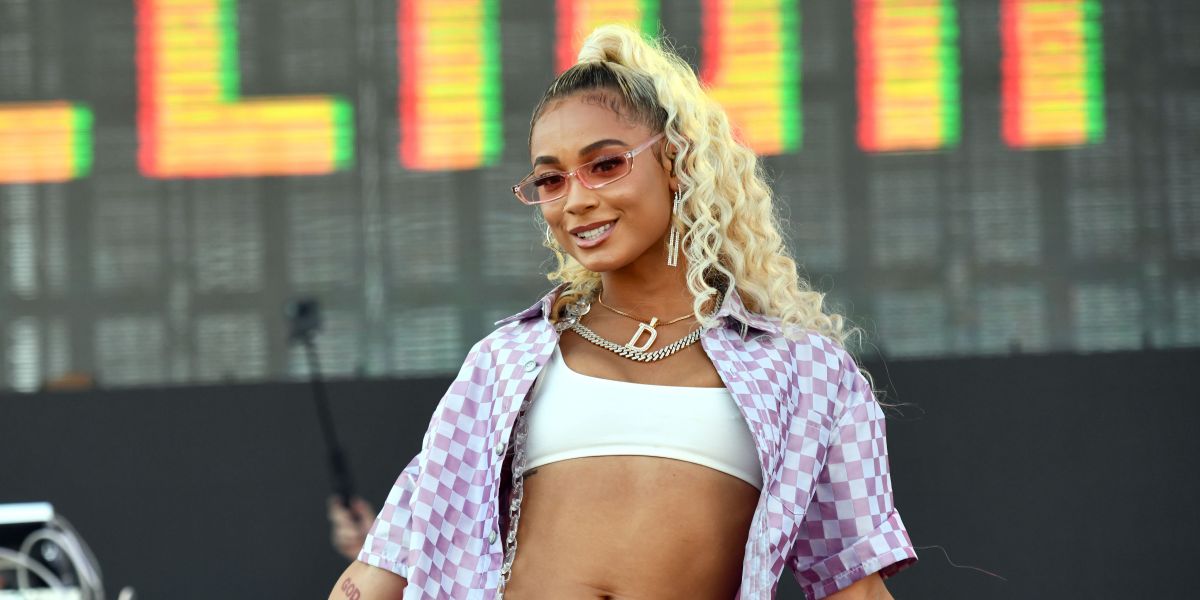 
DaniLeigh remains in the headlines for unfavorable reasons. This time, DaniLeigh is seen shading her ex, Dababy after their breakup.

The infamous singer DaniLeigh has been making headlines for not-so-good reasons.

Just last month, the 26-year-old was roasted for previewing her song called “Yellow Bone.” Many have noted the song to have had colorist meanings. Following the extended controversy surrounding that, she broke things off with DaBaby. Her breakup earned her, even more, flack on social media. Apparently, DanilLeigh seemed to use her relationship with the rapper to defend her use of the term “Yellow Bone.”

After previously throwing shade towards the “Bop” rapper’s way, she came through with another shady message.

Additionally, DaniLeigh took her Instagram story recently; this time, throwing shade likely aiming at her ex. While resharing a tweet from Nicki Minaj, the intent seems to be about actions men do to show don’t care for you. The tweet reads:

“Dear all of you beautiful souls. A man who loves you does not: 1. Humiliate you on social media 2. Beat you 3. Cheat on you 4. Call you out your name / put you down to lower your self-esteem due to his own insecurities. 5. Hide his phone, passwords, where abouts, etc. “

DaniLeigh simply added an additional, cryptic “Right” to the shared posts, with no other context.

While she did not directly name her famous ex in the post, she seems to be suggesting the rapper may have done one or more of the things listed out by Nicki.

DaBaby has yet to speak out publically about the split with the “Easy” singer. It’s likely he won’t until she gets on his nerves chile…

5 records made in IPL auction: RCB has a total of...