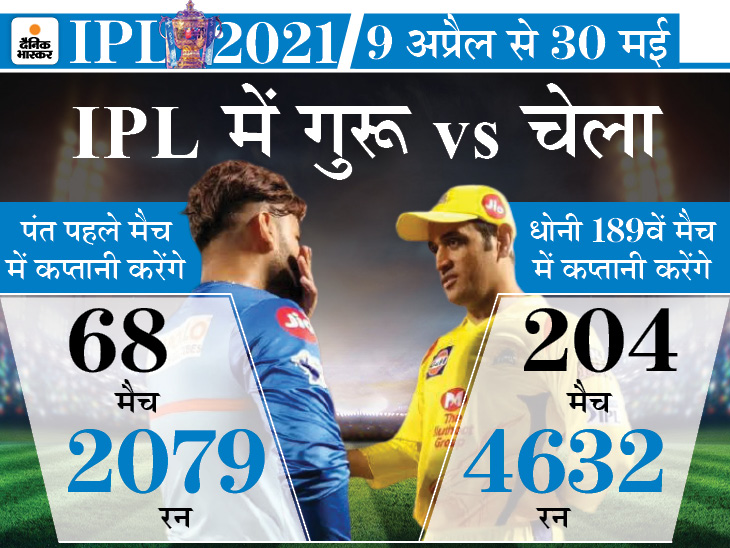 The second match of the 14th season of IPL is to be played in Mumbai today between Delhi Capitals and Chennai Super Kings. Chennai Super Kings is a 3-time champion and Delhi Capitals is a finalist last year. It is also seen as a clash between captain Mahendra Singh Dhoni and Rishabh Pant of both the teams. Team India coach Ravi Shastri has also described it as a fight between Guru and Chela. He has posted on social media that it will be fun to watch the fight between Guru and Chela today.

Dhoni is captaining IPL for 13 seasons
Dhoni has captained for CSK and Pune Super Giant in 13 seasons of IPL. During this time, he won 110 out of 188 matches and lost 77. One match played under his captaincy was fruitless.