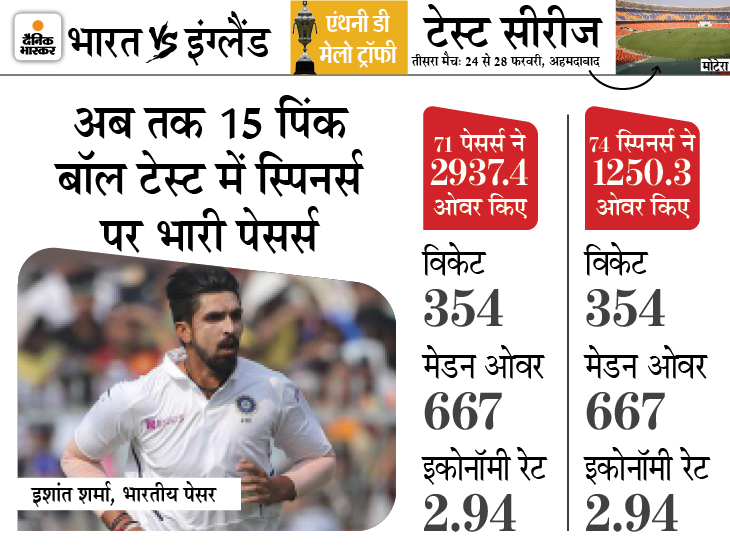 India and England will play day-night Test for the first time. The match will be played at Motera Stadium in Ahmedabad on 24 February. The match will be thrilled between the batsmen and fast bowlers of both the teams. The biggest reason for this is also that in the 15 Pink Ball Tests held so far, the fast bowlers have taken 239 more wickets than the spinners.

History’s first day-night test was played in November 2015. In this, Australia defeated New Zealand by 3 wickets. Since then, 71 fast bowlers have taken the highest 354 wickets in 15 Tests. Together, 74 spinners have taken a total of 115 wickets. The pacers have taken 207% more wickets than the spinners.

Team India’s second day-night test
India’s overall will be the third day-night Test against England. Team India has won one of the 2 matches so far and lost one. At home, India played a pink ball test, beating Bangladesh by an innings and 46 runs. The second Test was played in Adelaide, in which Australia won by 8 wickets. Indian spinners are yet to get wickets at home. All 19 wickets were taken by fast bowlers against Bangladesh.

At the same time, England’s overall pink ball test is. He played a match at home, winning it. The English team played 2 day-night Tests on foreign soil and lost all. 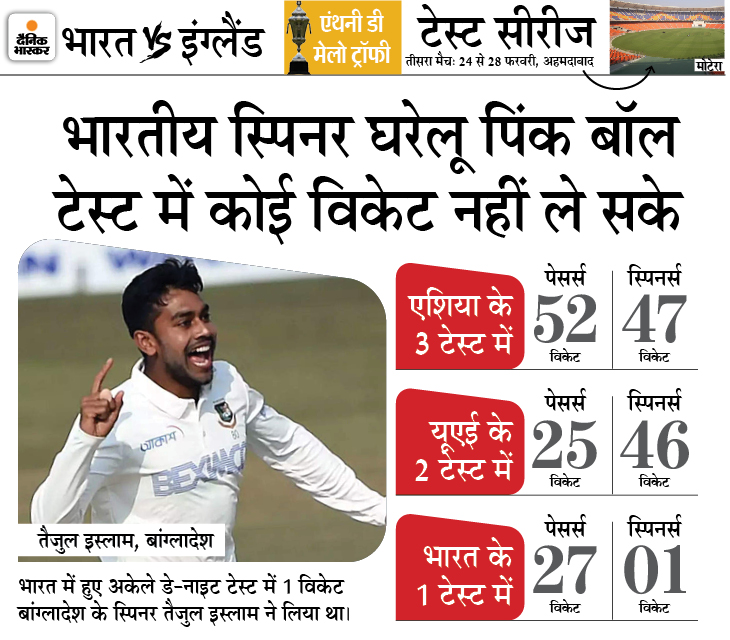 Talking about the country, Australia’s highest number of 7 cricketers (3 pesers, 4 batsmen) could win the Player of the Match title. Pakistan’s 2 batsmen have won this title at number two. Apart from these, more than one cricketer from any country could not get this honor. 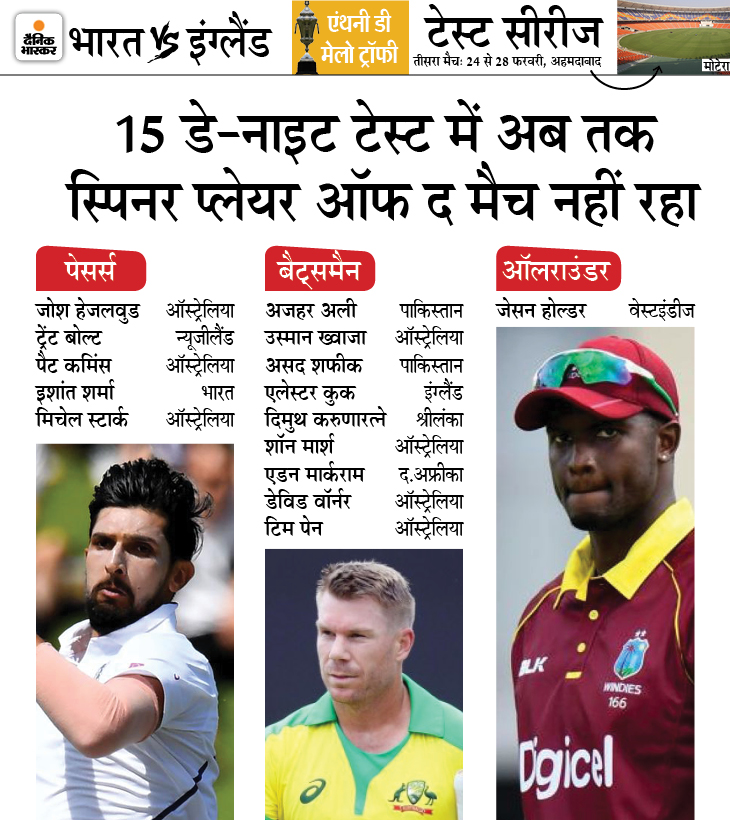 Spinners can get help in Motera: Rohit said – Pace friendly...