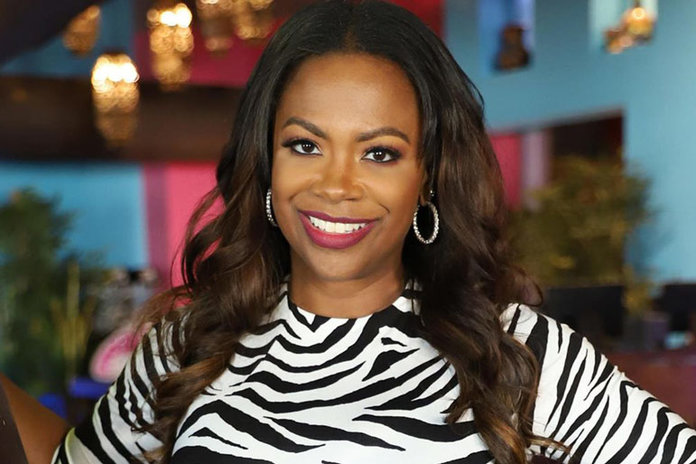 
Russell “Block” Spencer has some things to get off his chest regarding the relationship between him and The Real Atlanta Housewives star, Kandi Burruss.

In a radio interview with Hot 107.9, Block shares from his point of view, what the relationship between him and the Xscape star was. “When I was dealing with Kandi, I already had a family,” he stated. “So, I had a daughter outside of that.” Then, when you go behind my back and you call my girl at home and tell her you pregnant… Now my girl at home said, ‘B * tch, f * ck you.’ So now, I’m caught up in the beef of — what’s right is that I’m gon ‘take care of my kids’ cause that’s my responsibility. But, if you choose to keep your kid over there and don’t bring ’em over here, then that’s you. “

If you are a fan of the Real Housewives of Atlanta, then you may recall the multiple attempts that Kandi made for their daughter Riley to form a relationship with her father. Although fans never really got to see the outcome of that, Block talks about his role in Riley’s life.

“One thing about me, I’m not gon ‘chase you at all,” he stated. “If you want me to put a check in the mail I’m a do that, I did that for 14 years.” Block then stated that when Riley was 14, Kandi pushed for him to form a bond with his daughter but due to a lack of reaching out he let the situation be. “I just don’t jump through hula hoops doing stuff like that. It just ain’t never been me. “

“Raising kids is real sensitive when you gotta have — okay, to me, when your kids don’t live with you, it’s always gonna be hard to raise them the way you want to raise them. Receiving with her [because] it was some sideline sh * t and it happened and it got out of control, ”Block continued.

Block then added that he wishes the best for Riley and shut the haters down with a post on IG of him and Riley together with the caption, “..all smiles around here !!! – “mind yo bizness,” he penned with the smiling face emoji.