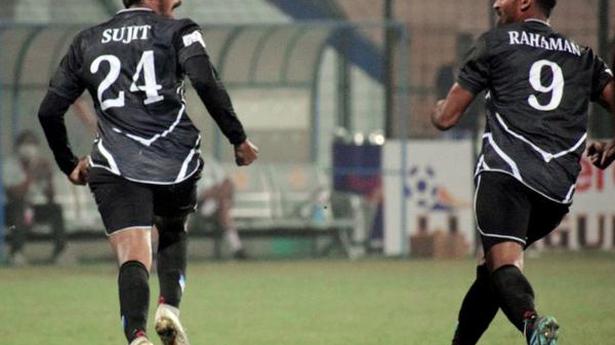 Sporting’s come-from-behind win helped it move to the fifth spot with 13 points. CCFC, which suffered its third defeat in a row, was ninth with nine points.

CCFC took the lead when Ranjeet Pandre cashed in on a poor clearance in the 19th minute.

Despite being down to 10 men after Tarif saw red (two yellow cards) in the 49th minute, CCFC fought well in the second half.

Earlier, Gokulam Kerala FC downed Sudeva Delhi FC by a solitary goal at Kalyani Municipal Stadium to register its third consecutive win. The Kerala side climbed to the second spot with 16 points from nine matches.

India vs England | Ashwin primed to surpass himself

Number game in Motera: Dravid holds the record for most runs...