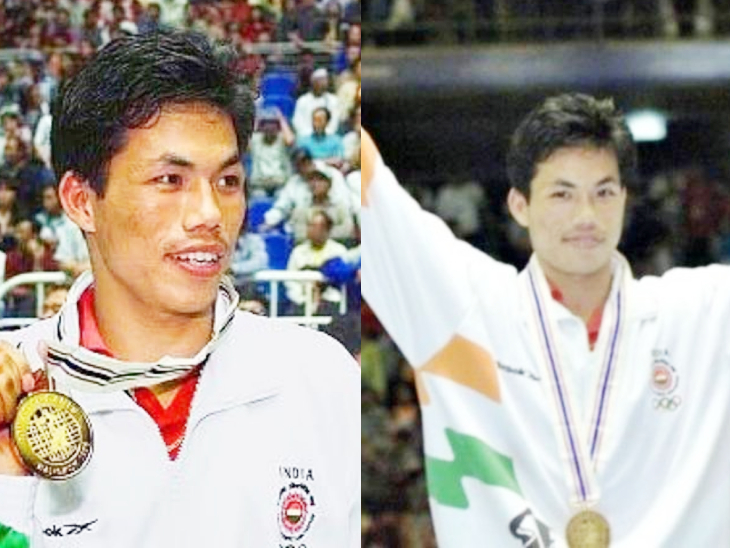 Dingko was awarded the Padma Shri in 2013. At the same time, he was also honored with the Arjuna Award in 1998. Apart from the Asian Games, he also won the 1997 King’s Cup in Bangkok.

Former India boxer and Asian Games gold medalist Dinko Singh passed away on Thursday. He was 42 years old and had been ill for a long time. Dinko had liver cancer since 2017. He is considered one of the best boxers of India. A film on him may be released in 2022. Actor Shahid Kapoor will be seen in the lead role in this.

Prime Minister Narendra Modi, Sports Minister Kiren Rijiju, Manipur Chief Minister Biren Singh, boxer Mary Kom, Vikas Krishnan and Vijender Singh paid tributes to him. Expressing condolence, the Prime Minister said – Dinko was a sporting superstar and a wonderful boxer. He received many awards and even further he helped in shaping the future of many boxers. I am saddened by his death. om Shanti. 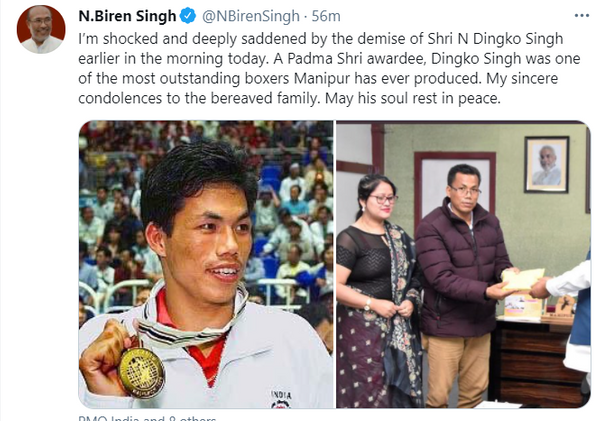 “Dingko changed Indian boxing”
Dingko was a gold medalist at the 1998 Asian Games in Bangkok. Expressing grief, Sports Minister Rijiju said- I am very sad to hear this news. He was one of the best boxers of India. His medal winning in the 1998 Asian Games brought a change in Indian boxing. Because of this, boxing became very popular in India. May his family find courage in this hour of grief.

“Dingko’s Struggle Will Be an Inspiration for Generations”
At the same time, India’s current professional boxing superstar Vijender Singh said that Dinko’s journey and struggle will be an inspiration for many generations to come. He said- I mourn this loss. I pray that the bereaved family get strength to overcome this sad time. Manipur Chief Minister N Biren Singh also condoled the death of Dingko. 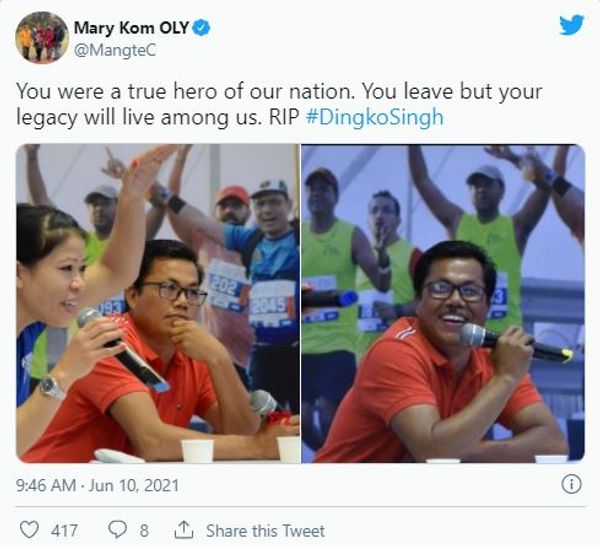 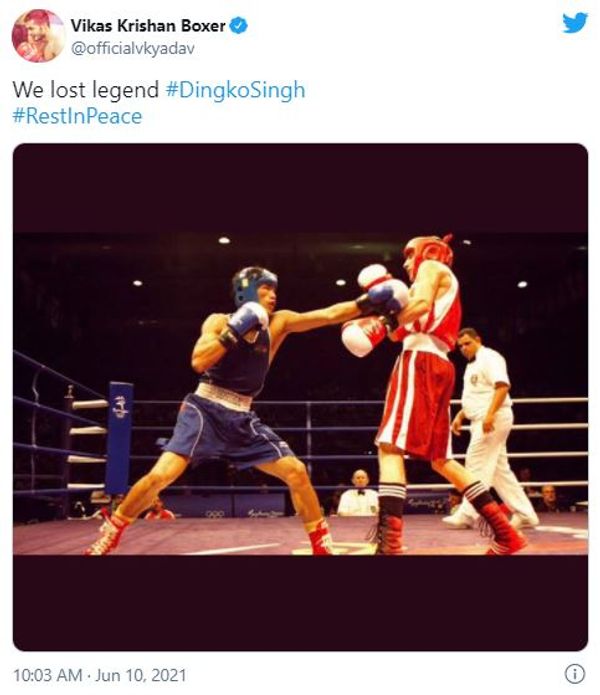 Mary Kom wrote that Dinko was a rockstar and a legend. I remember waiting in line to watch his match in Manipur. He has been my inspiration, my hero. This is an irreparable loss. They left quite quickly. Life is quite unpredictable. 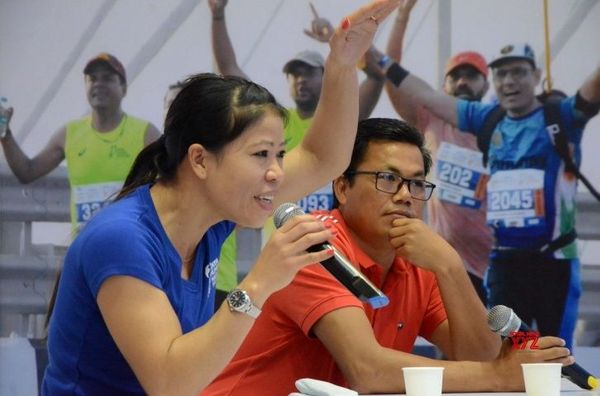 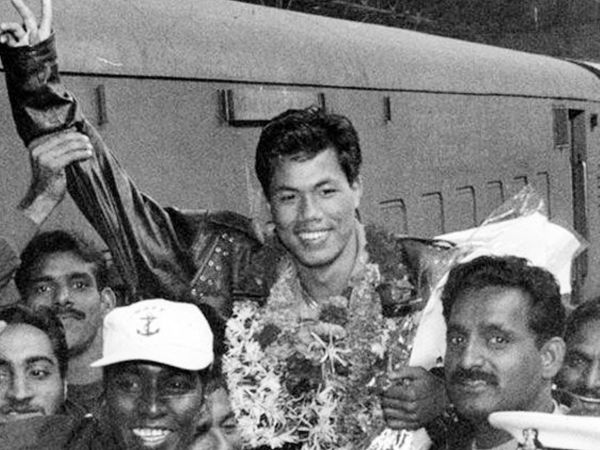 After winning the gold medal in the Asian Games, Dingko was welcomed in India in this way.

Dingko beats 2 Olympic medalists in Asian Games
After this, the national coach started considering him as the superstar of the coming times. In 1997, he made his international boxing debut. He also won the King’s Cup held in Bangkok that year. Dinko had defeated two Olympic medalists in her Asian Games gold medal journey. He defeated Sontaya Wongprats of Thailand and Timur Tulyakov of Uzbekistan.

Film on Dinko’s life may release in 2022
Apart from this, Dingko has also represented India in the 2000 Summer Olympics. Apart from boxing, he was also serving in the Indian Navy. He has also been a boxing coach. A film on his life is also going to be released in 2022. The shooting of the film has started. Its director is Raja Krishna Menon and Shahid Kapoor will be seen playing the role of Dinko Singh.

Anderson will break Cook’s record: Will become the player to play...

Andy Lloyd: This player’s Test career started and ended on the...