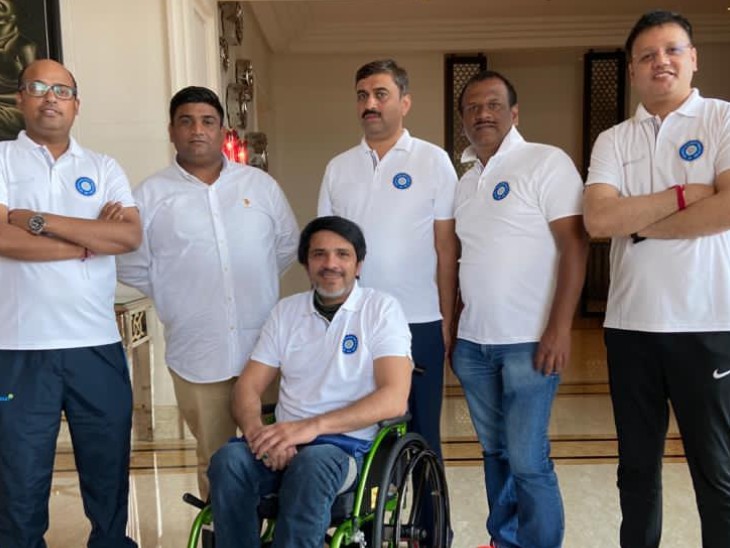 Day for the opening ceremony of IPL-14

Members of the Divyang Cricket Council have been invited for the first time in the inaugural match of the IPL-14th season. The first match of IPL will be played between Royal Challengers Bangalore and Mumbai Indians from 7.30 pm in Chennai today. In a statement issued by Differently Abled Cricket Council of India (DCCI), members have been invited to participate in the opening ceremony of IPL-14 on behalf of Jai Shah, Secretary, Board of Control for Cricket in India. DCCI President Mahantesh GK thanked Jai Shah for this.

Five members will participate
He said that we are grateful to Jai Shah for inviting him to attend the opening ceremony of the world’s largest T20 tournament. He has been encouraging cricket from various sections since the beginning and has been taking steps to promote them. He informed that apart from him, Vice President Sumit Jain, General Secretary Ravi Chauhan, Treasurer John David and retired Abhay Pratap Singh would attend the opening ceremony.