Kordinate
Home News Sports IPL among Corona in Delhi: Daily cases rose by 1180% in a... 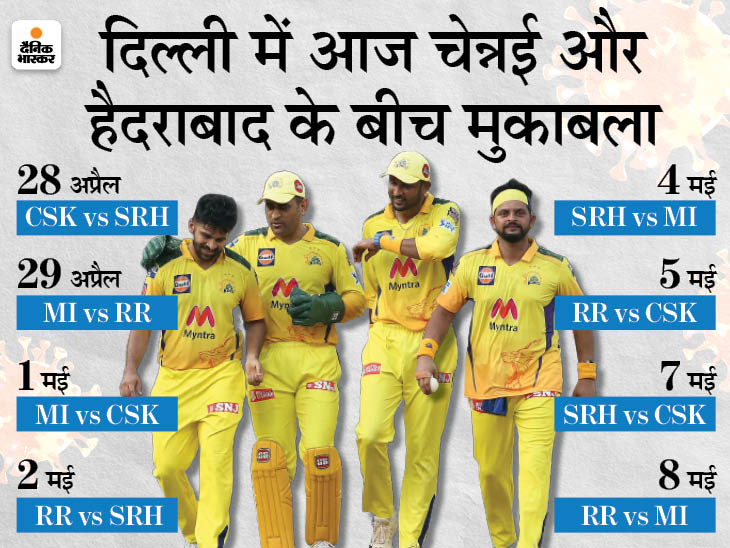 Delhi is facing a fourth wave of Corona these days. Whether it is the Center or the state government, all of them are looking helpless. Here the number of daily deaths due to corona is increasing continuously. Talking about a month ago, on 18 March 1881 Corona were found infected in Delhi, this figure reached 24 thousand on 27 April. That is, a record increase of 1180% in the number of daily infections was recorded.

Amidst these conditions, IPL league matches will be played at the Arun Jaitley International Cricket Stadium here from Wednesday. A total of 8 matches are to be played here for the next 10 days from today. The match is to be played between Chennai Super Kings and Sunrisers Hyderabad from 7:30 pm on Wednesday evening.

Apart from this, teams of Mumbai Indians and Rajasthan Royals will also play matches here. In this, around 100 players from all the four teams will participate. He will be accompanied by a large number of support staff. In such a situation, the safety and health of the players may be jeopardized in the Corona era. 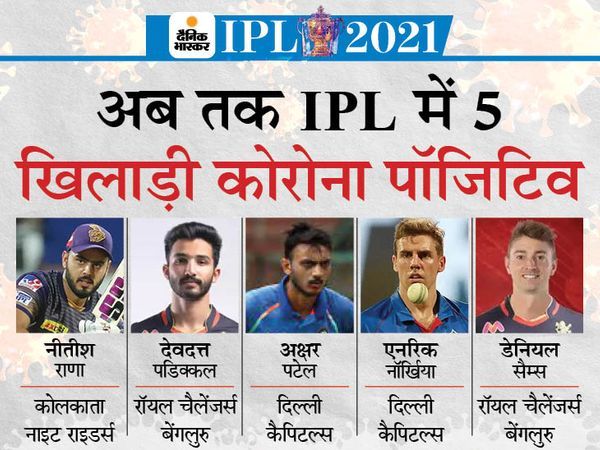 Many players have been infected before the tournament
Even before the start of IPL-2021, many players were hit by Corona. Nitish Rana of Kolkata Knight Riders, Devdutt Padikkal of Royal Challengers Bangalore, Akshar Patel of Delhi Capitals, Enrich Norkhia and Daniel Samms have also been infected. IPL is being done in 6 places in the country including Delhi. In such a situation, there is a risk of players getting infected while moving from one place to another.

4 players including Ashwin withdrew from the league
So far, 4 players including Ravichandran Ashwin have withdrawn from IPL 2021 due to Corona. Veteran Delhi captain Ashwin has decided to withdraw from the league due to family reasons. Apart from him, three Australian cricketers have also left this season. These include Andrew Tye of Rajasthan Royals and Ken Richardson and Adam Jampa of RCB. Richardson and Jampa are still stuck in India due to non-availability of aircraft. However, the BCCI has said that it will make arrangements for all the players to be safely delivered to their home after the league ends. 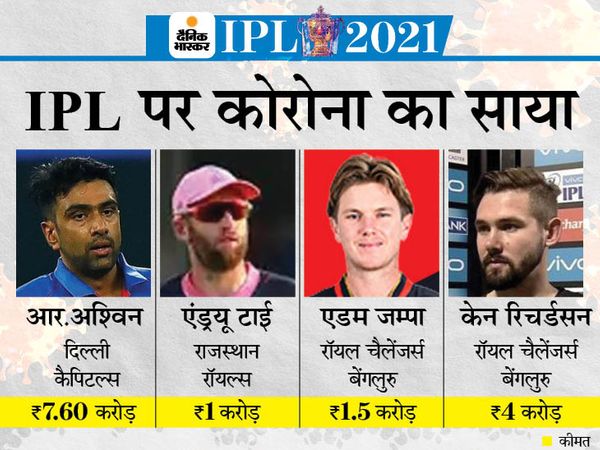 Corona’s patient admit 1.1 KM away from the stadium
The IPL is scheduled to take place at Arun Jaitley International Cricket Stadium on Wednesday. LNJP Hospital, located just 1.1 km from this stadium, has thousands of corona patients admitted. Many are not even getting beds. In such a situation, questions are being raised about the organization of the Indian Premier League (IPL).

More than 24 thousand infected in Delhi last day
In the country’s capital Delhi, 24,149 people were found corona positive on Tuesday. 17,862 people recovered and 381 died. So far, 10 lakh 72 thousand people have been infected. Of these, 9 lakh 58 thousand have been cured, while 15,009 patients have died. 98,264 are undergoing treatment.

WTC Final: Thrill in the match continues…Kohli and Pujara are in charge, Team India will have to do this work to win

India’s strength in Tokyo Olympics: Manika Batra is the country’s biggest hope in table tennis, has won 4 medals in the 2018 Commonwealth Games

India to be joint winner in WTC

Visas For Pakistan Cricket Players: Pakistani team and media to be...