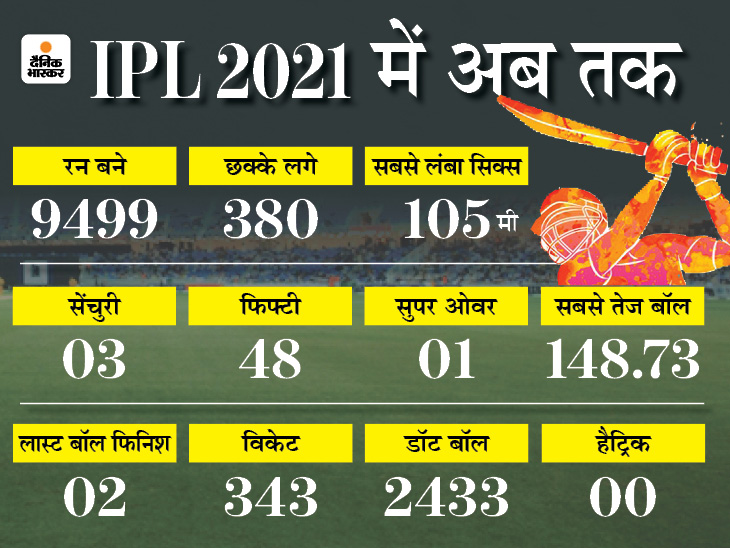 The IPL 2021 season has been postponed due to Corona. It will now be rescheduled. It was deferred in the mid-season after the tournament started for the first time in 13 years and 14 seasons of the IPL. There have been a total of 29 matches so far this season. The Delhi Capitals team is leading the points table by winning 6 out of their 8 matches. At the same time, Chennai Super Kings and Royal Challengers Bangalore are in second and third position with 10 points, winning 5-5 out of 7. Last-time champion Mumbai Indians won 4 out of 7 matches and are at number four in the points table. All four teams are currently strong contenders for the playoffs.

Could not win any trophy, Virat Kohli’s RCB has performed brilliantly so far this season. He won his first four matches in the league for the first time. At the same time, MSK, who was a laggard last season, also made a comeback by CSK. Among the 4 teams below, Rajasthan Royals and Punjab Kings have 6-6 points. At the same time, Kolkata Knight Riders have 4 and Sunrisers Hyderabad 2 points. 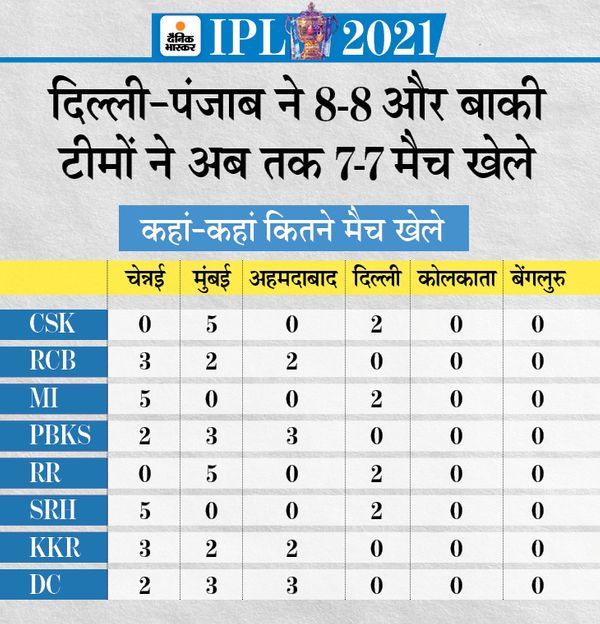 2 teams landed on the field with new captain
The team from Delhi and Rajasthan landed with the new captain. Rishabh Pant was named captain after DC regular captain Shreyas Iyer was injured. He captained the season well and his team is in the top-4. At the same time, the Rajasthan team also made wicketkeeper batsman Sanju Samson captain for this season. However, the team did not perform much and the team is at number 5.

Total 5 double header matches so far
This season, no team got a chance to play on its home ground. There have been a total of 5 double header matches out of 10 so far. This time in 29 matches, there was only 1 match in which the result came in the super over. The 20th match of the league between Delhi and Hyderabad was tied. After this, Hyderabad was defeated by Delhi in the Super Over. 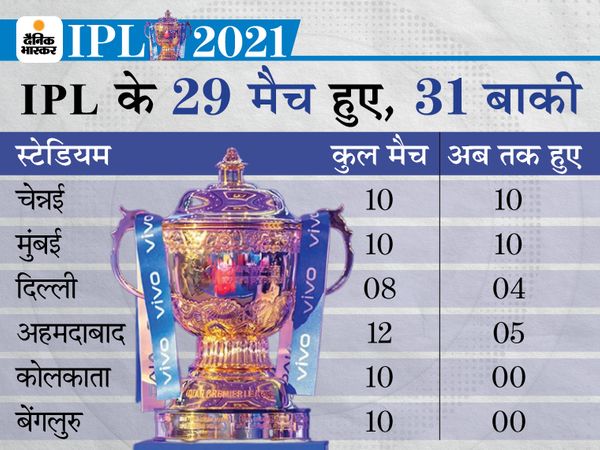 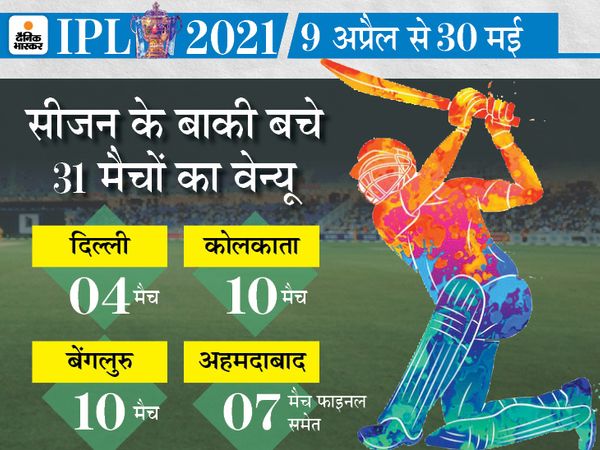 The result came from the last ball in 2 matches.
2 very close matches were also seen, in which the result could be turned to any side. The 22nd match between RCB and DC and the 27th match of the season played between MI and CSK resulted in the last ball. RCB defeated DC by 1 run. At the same time, Mumbai had defeated Chennai by scoring 2 runs on the last ball.

Pre-season and after the match starts
4 players were found positive before the start of the 14th season. These include Nitish Rana, Akshar Patel, Devdutt Padikkal, Daniel Symes and Enrique Norkhia. Along with this, MI assistant coach Kiran More was also found infected.

After the start of the IPL, everything was normal and the matches were done according to the fixed time table. But after the end of half the season, the corona infection again increased. With this, 4 more players including Amit Mishra and Varun Chakraborty came to Corona positive. 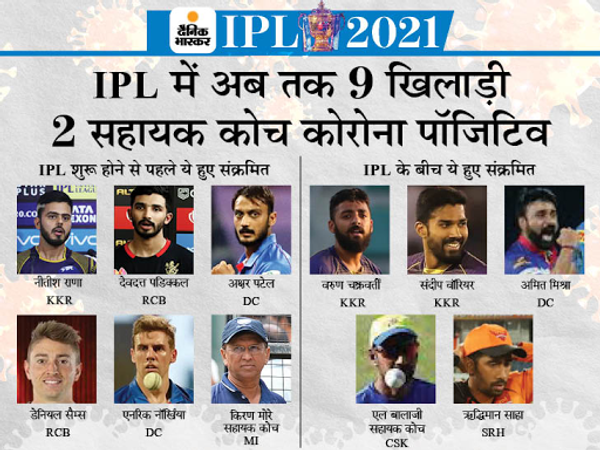 Lokesh Rahul hospitalized
Before the 29th match of the season, bad news came out for the Punjab team. The team’s regular captain Lokesh Rahul was admitted to the hospital after complaining of stomach ache. Where doctors told appendicitis. He also got his surgery done. However, he is now normal and having IPL postpone will also give him time to rest for a few days.

Some Important Records That Made This Season .. 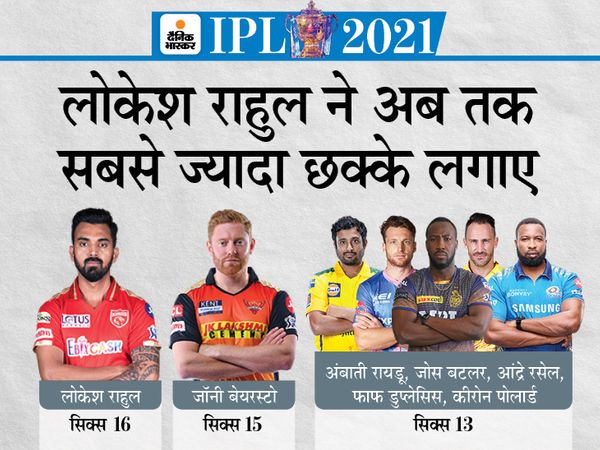 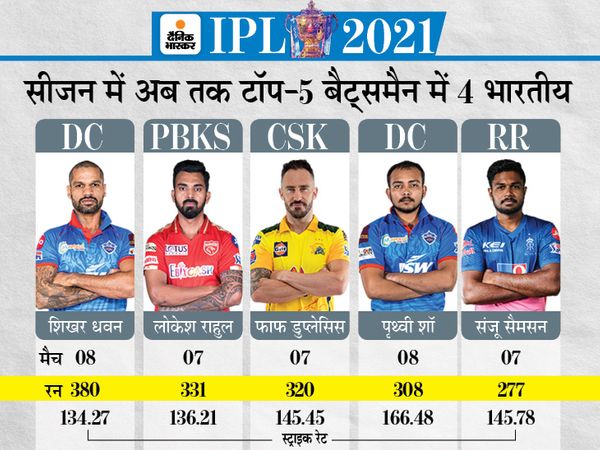 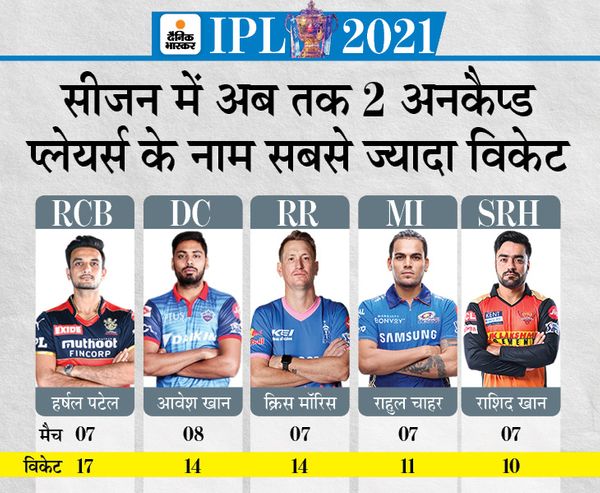 Controversy in the 14th season
The Hyderabad team, which had lost 6 out of 7 matches this season, removed Warner from the middle season captaincy. He was then replaced by Kane Williamson as the new captain for the entire tournament. However, the team could play only 1 match in their captivity. Warner was also dropped from the match against CSK after his removal from captaincy. He appeared in the role of Water Boy.

Jose Butler of the third century RR of the season pitched against Hyderabad. He scored 124 runs. This season took a total of 48 fifties. With this, 380 sixes were hit. The longest six was 105 meters, planted by Kieron Pollard. A total of 343 wickets fell and 2433 dot balls were bowled in the season.

Happy Birthday Sachin Tendulkar: When two storms came together at the...