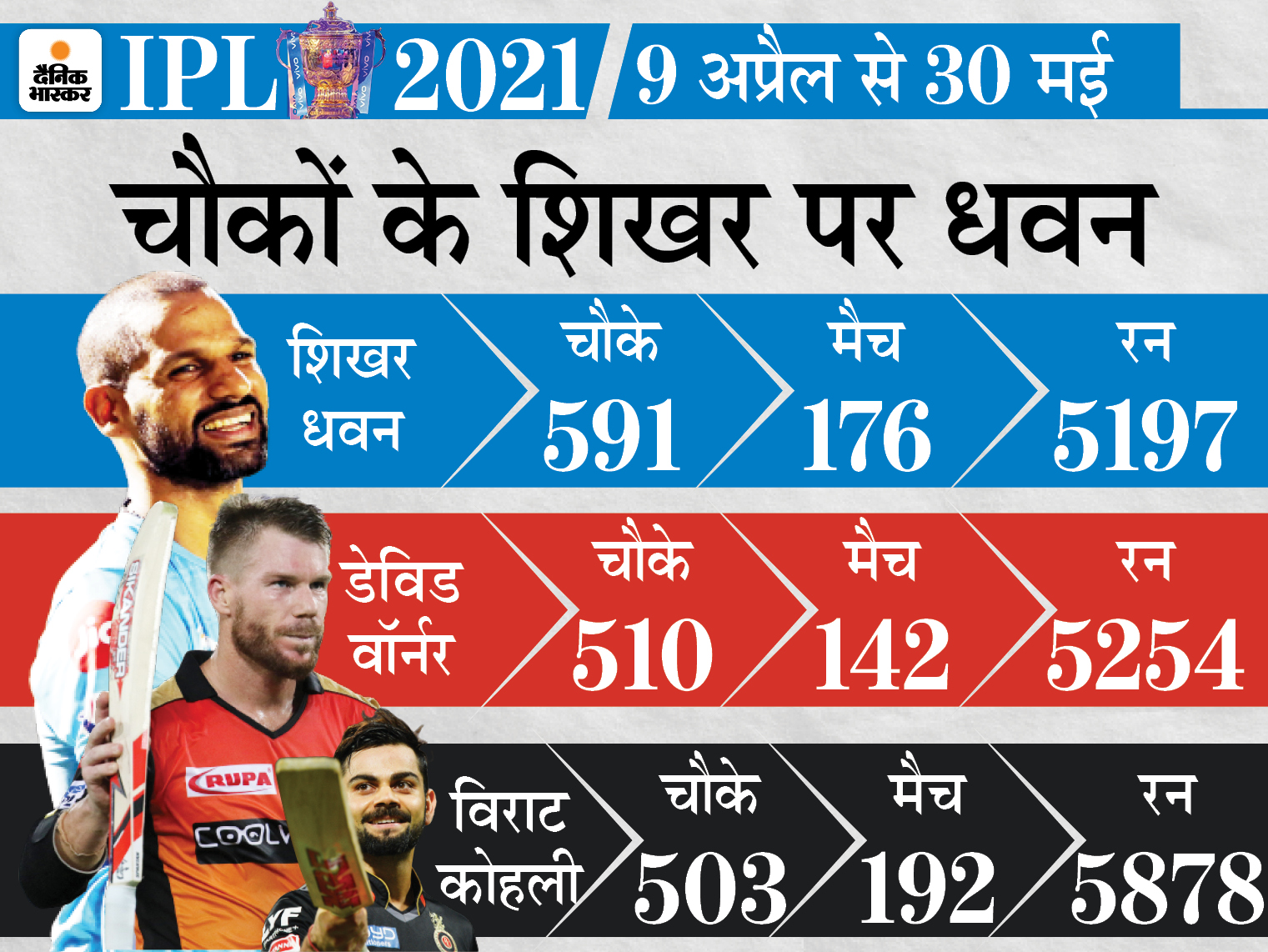 The 14th season of the Indian Premier League (IPL) is scheduled to begin on 9 April. The final will be played on 30 May. This time, Delhi Capitals opener Shikhar Dhawan has a chance to complete 600 fours. They are just 9 boundaries away. Dhawan will be the first player in IPL history to achieve this feat.

Dhawan included in the list of 100+ Sixth Players
So far, only 22 players have hit 100 sixes in the tournament. Dhawan’s name is also included in these. The Delhi Capitals opener has hit 108 sixes so far. With this, he occupies the number 18 position. Chris Gayle is on top with 349 sixes in the IPL. The Punjab Kings player has scored 4,772 runs in 132 matches so far.

8 teams will play 60 matches including finals in 52 days (Click here to know the full schedule)
In the 14th season, all 8 teams will play 60 matches including finals in 52 days. All the matches will be held in 6 cities Ahmedabad, Bengaluru, Chennai, Delhi, Mumbai and Kolkata. The final will be played at the Narendra Modi Stadium in Ahmedabad. For the first time it is happening that despite having a tournament in the country, no team will play a match in their home country. That is, Kolkata’s match will not be in Kolkata and Mumbai’s match in Mumbai.

I got responsibility during IPL, played it well: Avesh Khan