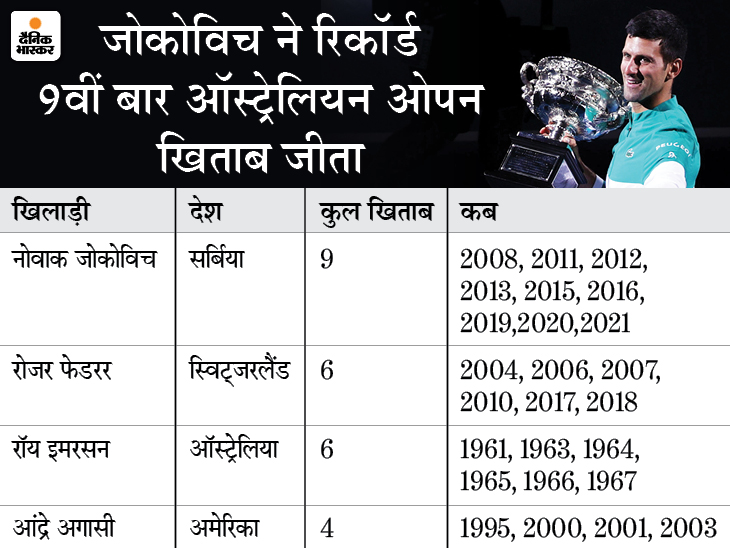 This is Djokovic’s 18th Grand Slam title overall. He has won 5 Wimbledon, 3 US Open and 1 French Open titles in addition to 9 Australian Open. They will also break Roger Federer’s record for the most week (310) number-1. Djokovic has spent 307 weeks at number-1 so far.

Medvedev did not challenge
Medvedev, who has been in excellent form for the last few rounds, could not present any challenge. Earlier, in the semi-finals, he defeated World No. 5 Stephanos Sitsipas of Greece 6-4, 6-2, 7-5. At the same time, Medvedev defeated Andre Rublev of Russia 7,5, 6-3, 6-2 in the quarterfinal.

World No.1 Djokovic has won the tournament 9 times out of 17
Djokovic has played the Australian Open tournament a total of 17 times so far. Of which he has become the champion most times. This was followed by Roger Federer and Roy Emmerson 6-6 times, and Andre Agassi, Jack Crawford and Ken Roswell 4-4 times.

Djokovic won 90% of matches at Australian Open
Djokovic holds a 90% winning record in this Grand Slam. He has played 83 matches in this tournament so far. Out of this, he has won 75 and lost 8 matches. He last lost in consecutive sets to H Chung in 2018. 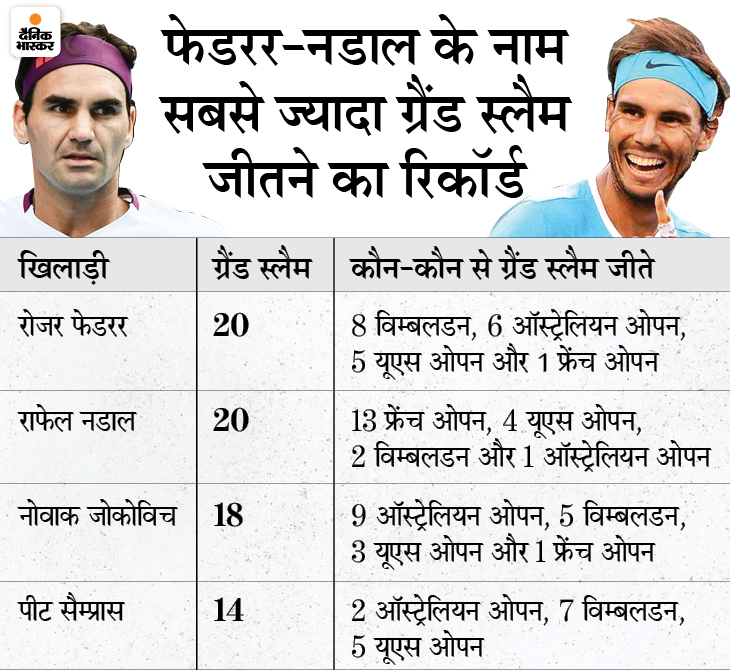 Djokovic will break Federer’s record
World number-1 Djokovic will break Federer’s record for most weeks in the first position next month. Federer was No. 1 overall for 310 weeks in a tennis career. At the same time, Djokovic has been 307 weeks at number-1. On March 8, 2021, they will start 311 weeks at number-1. Also, the ATP rankings have also been frozen. This means that Djokovic’s ratings and rankings will not matter if a player wins or loses. 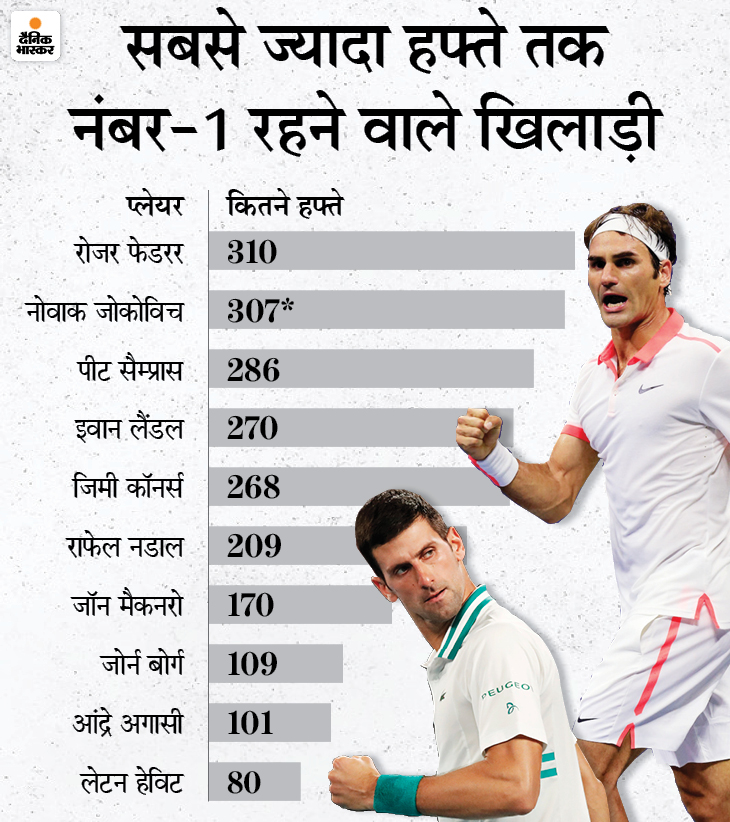 Only Nadal could stop Djokovic from breaking the record
Nadal had a chance to prevent Djokovic from breaking Federer’s record. Had Nadal won the ATP Cup, the Australian Open and the Rotterdam Open, he could have overtaken Djokovic in the ATP rankings. However, Nadal withdrew from the ATP Cup due to injury. At the same time, he lost in the quarterfinals of the Australian Open to Sitsipas.

New Zealand beat Australia by 53 runs: Conway, who was unsold...