Kordinate
Home News Sports Know how the weather will be during the WTC final: 25% chance... 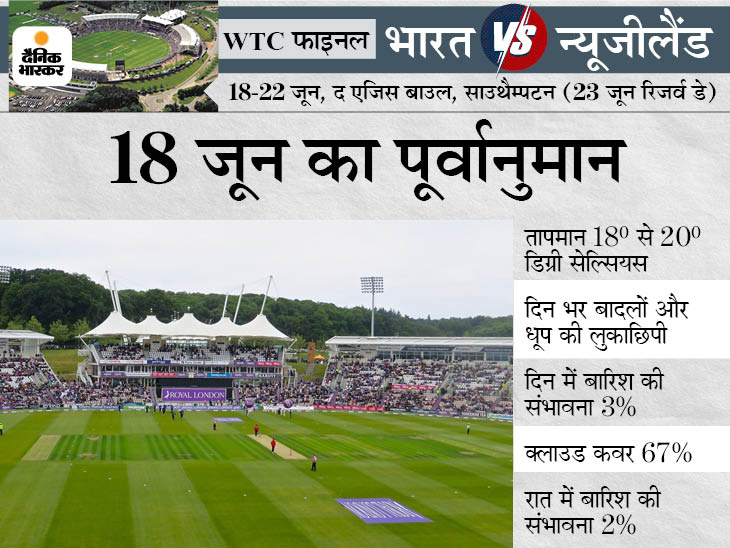 The final match of the World Test Championship is to be played between India and New Zealand at The Aegis Bowl in Southampton from June 18 to 22. For the first time in the history of cricket, the champion of the Test format is to be chosen, so the fans are keeping an eye on every detail of the match. These details also include the weather patterns.

The first day of the match, there will be sunshine among the clouds
The weather on the first day of the match could be favorable for Team India. Although the cloud cover is estimated to be 67% over the city of Southampton, but at the same time, sunshine is also expected among the clouds throughout the day. That is, winning the toss and batting first can prove beneficial. The chance of rain during the first day’s play is just 3%. 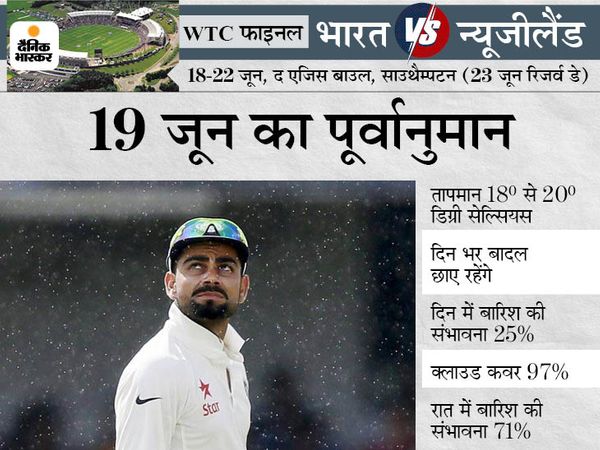 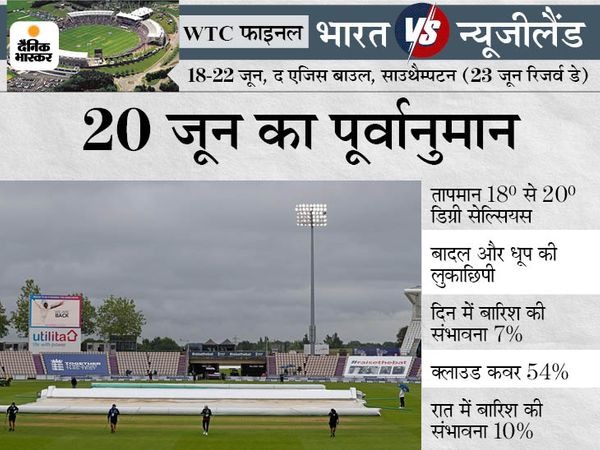 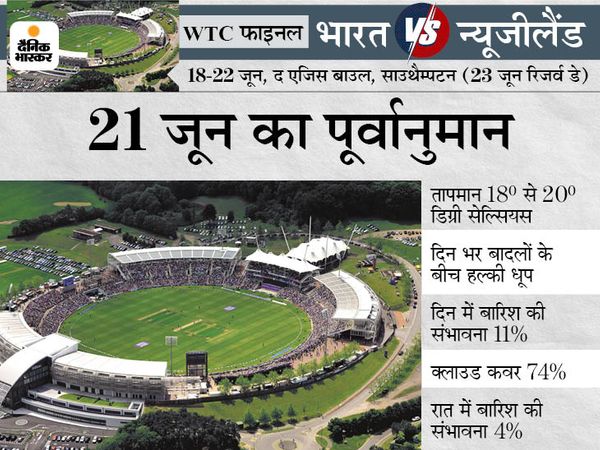 75% cloud cover on day 4
The probability of rain on the fourth day of the match is only 11%, but the cloud cover can be up to 75%. If there is moisture in the clouds, then it can have an effect on the game as well. The fourth day can go in favor of New Zealand in terms of conditions. 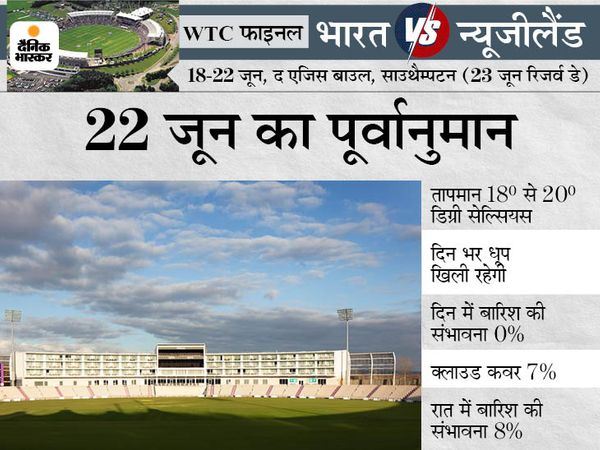 The sky will be clear on the fifth day
If the match drags on till the fifth day, then the conditions can be favorable for the Indian team. The cloud cover is expected to be only 7% on this day, while the chance of rain is 0%.

There is little hope of needing a reserve day
The ICC has said that on June 23, a reserve day game will be required only if the first five days of rain have reduced the game by a few overs and there is no result as well. From the weather forecast that has come out so far, there is very little hope of playing in the reserve day. By the way, on June 23, 69% cloud cover is being said here. At the same time, the chance of rain is only 7%.
Note: Weather data has been taken from Accuweather.com.

See: Ravindra Jadeja did amazing, Harshal Patel’s 37 runs in one...