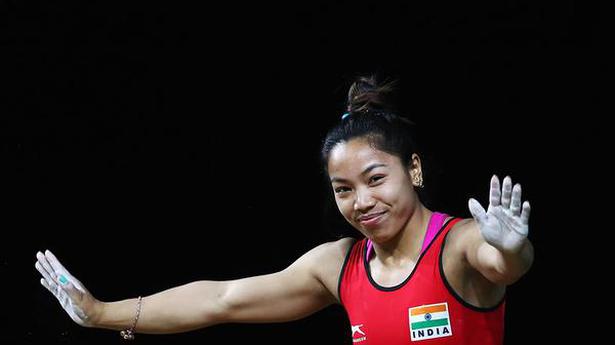 
Ace weightlifter Mirabai Chanu will fly to the USA on Saturday to address her shoulder issue.

After failing in her first two snatch attempts and managing 86kg in her third in the Asian Championships in Tashkent recently, Mirabai had requested the government to allow her to train in the USA so that she could get rid of the problem prior to the Tokyo Olympics.

During an interaction with the media on Thursday, Mirabai – who created a world record in clean and jerk in Tashkent – said her USA trip would ultimately help her improve her snatch performance.

Mirabai’s trip to the USA for training was approved at a meeting between the Sports Ministry and Sports Authority of India (SAI) officials on Friday. The SAI and the Indian Weightlifting Federation (IWLF) worked overtime to clear her proposal at ₹ 70.81 lakh.

Two coaches, including chief coach Vijay Sharma, will accompany her. It is learnt that Olympic Gold Quest will appoint a manager for a short period to look after their day-to-day affairs in the USA.

“Since Mirabai has an American visa, her proposal was cleared quickly. As there is uncertainty over the status of flights next week due to the COVID crisis, the authorities thought it would be wise to send Mirabai this week, ”said a source close to the development.

Mirabai, a former world champion and a Tokyo Olympics medal prospect in 49kg weight class, will train under the guidance of physiotherapist Dr. Aaron Horschig for around two months. Last year, Mirabai trained with Dr. Horschig for a month to treat her lower back issue.

MI vs RCB: Pacer Harshal Patel took 5 wickets in the...