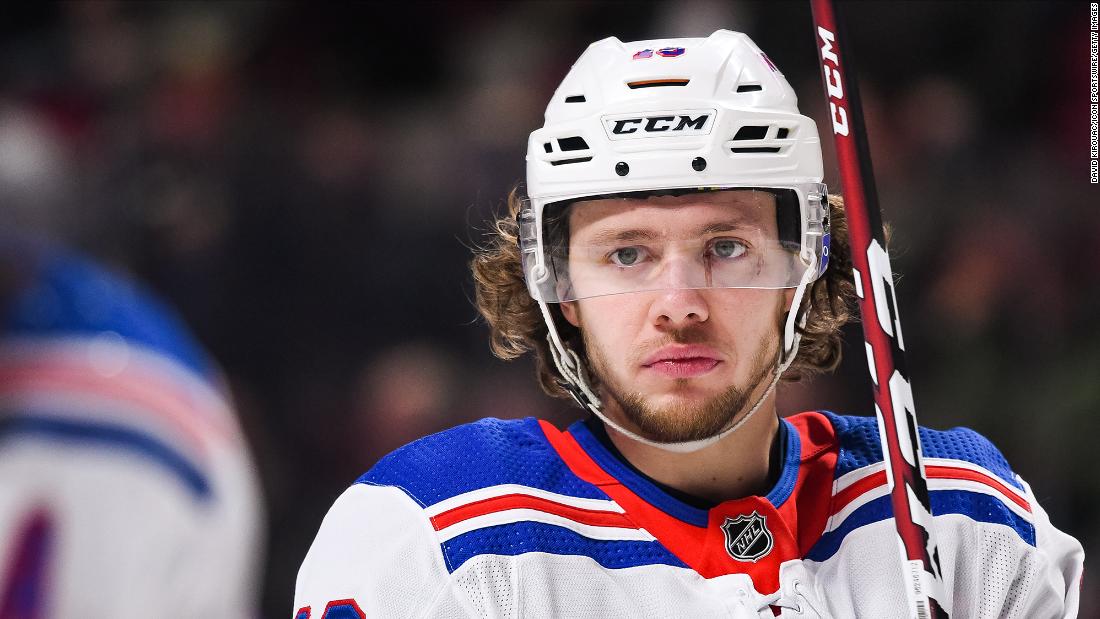 The Russian star is “shaken and concerned” following “unfounded allegations” made against him, according to a team statement posted to Twitter.

The statement refers to a report from Russian tabloid newspaper Komsomolskaya Pravda in which a former coach of Panarin’s alleges that Panarin assaulted a woman in a Latvian bar in 2011.

“Artemi vehemently and unequivocally denies any and all claims in this fabricated story,” Rangers officials said in the statement. “This is clearly an intimidation tactic being used against him for being outspoken on recent political events.”

The Rangers said Panarin, 29, is a target for intimidation due to his political opinions, which have been critical of Russian President Vladimir Putin.

CNN has reached out to the Kremlin for comment.

NHL.com reported that the league “said it is supportive of Panarin and the Rangers, and it will continue to monitor the situation.” The site did not quote anyone at the NHL by name.

The NHL has not responded to CNN’s request for comment but has retweeted the Rangers’ statement. CNN has reached out to Panarin’s agent, Paul Theofanous, for comment.

In six seasons, the left wing has scored 153 goals and had 280 assists.

Panarin has played for three NHL teams – the Rangers, the Columbus Blue Jackets and the Chicago Blackhawks. He was chosen the league’s top rookie in 2016 and has twice been selected an all-star at season’s end.

Before playing in the NHL he was a member of Russian teams in the Kontinental Hockey League, which also has teams in Belarus, China, Finland, Kazakhstan and Latvia.

The Source | Today in Hip Hop History: The Roots Released...