Kordinate
Home News Sports Pant vs Dhoni in IPL: The new captain of Delhi filled the... 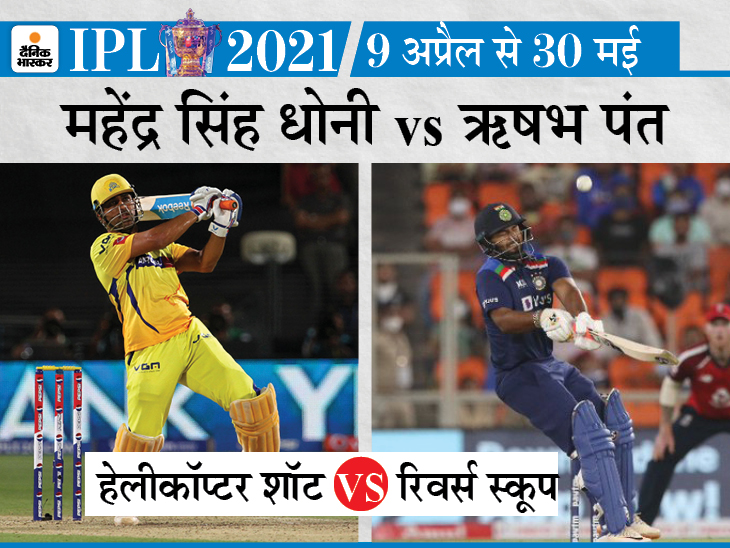 Rishabh Pant is heading the Delhi Capitals in the 14th season of IPL. His first match is on April 10 from Mahendra Singh Dhoni’s team Chennai Super Kings. Pant said that they are ready for the first match. He said that whatever I have learned from Mahi Bhai in all these years, I will use the same against him.

The IPL will start from April 9. In the first match, Rohit Sharma’s Mumbai Indians and Virat Kohli’s Royal Challengers Bangalore will be face to face.

‘I will try to win the IPL trophy under my captaincy’
He said – I am looking at the Captaincy as an opportunity for myself. We have not won the IPL title even once. I will try to get the title to the team under my captaincy. Our team has been consistently doing well for the last few seasons. Our players are giving their 100%. So what else do you need as a captain?

‘Ponting’s experience will benefit the team’
Pant said that the team has benefited from Ricky Ponting being the coach. Ponting has a lot of cricket and captaincy experience. A lot has been learned from them. I hope that we will be able to win the title this time with his guidance and the support of other teammates.

What lessons did Pant learn from Dhoni?
Pant, the captain of Delhi, has been seen as the rightful successor to Dhoni for a long time. They have also proved it. He has proved himself in the last few months after the ups and downs in the team in the last few years. Their batting and wicketkeeping in the series against Australia and England enabled Team India to win. There are a lot of similarities between Pant and Dhoni, which makes this left-handed batsman the future captain of Team India.

1. Capacity to withstand pressure: The way Pant batted under pressure in the last 2 Tests (Sydney and Brisbane) on Australia tour shows his ability. Dhoni was also known for his cool captaincy and batting under pressure.

2. Unorthodox Shot: Dhoni produced a helicopter shot off the yorker length balls. Since then yorker specialists like Malinga were afraid to bowl him on this length. He was not afraid to apply this shot even on the occasion of pressure. Similarly Pant is also in discussion for reverse scoop. He made this shot against the ball of the 2 best fast bowlers of present time against England. He put reverse scoops on the balls of James Anderson and then Joffra Archer.

3. Aggressive batting: Dhoni was known for his aggressive batting at the start of his career. He was capable of reversing any match on his own. Pant also holds this substance. He also showed this by doing it against Australia and then England.

4. Wikkeeping: Dhoni was known for his wicketkeeping skills. Pant has developed himself as a wicketkeeper in the last few months. During the Test series against England, he did a great wicketkeeping on the turning track.

DC could not win any title, CSK became champion 3 times
In the IPL history, the Delhi team has not been able to win the title so far. He once played the finals in the 2020 season. He was then defeated by Mumbai Indians, captained by Rohit Sharma. Mumbai has won the title 5 times at most. Chennai team, captained by Mahendra Singh Dhoni at number 2, has won the title 3 times.

Kolkata and Hyderabad won the title 2–2 times. Once Rajasthan won this title in 2008. This was the first season of the tournament. Punjab and Bangalore have also not been able to win the title so far.

The final will be played at the Narendra Modi Stadium in Ahmedabad. For the first time, it is happening that despite having a tournament in the country, no team will play a match in their home country. That is, Kolkata’s match will not be in Kolkata and Mumbai’s match in Mumbai.

Diego Maradona’s Porsche is up for sale