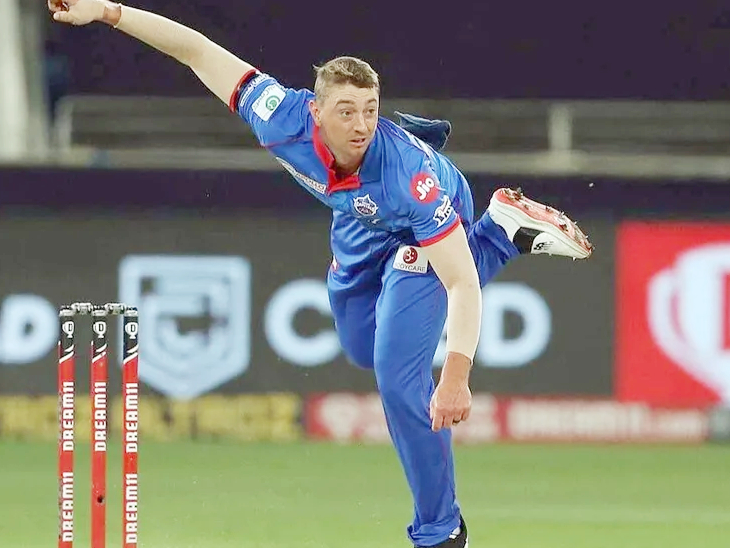 Australian all-rounder Daniel Symes played in the IPL last season with the Delhi Capitals. He was traded by the RCB this year. The Symes were in great form in the Big Bash League in December.

The 14th season of the Indian Premier League (IPL) is to begin from 9 April. Already, the corona has been overshadowed by the tournament. On Wednesday, Royal Challengers Bangalore (RCB) all-rounder Daniel Symes was found to be Corona positive.

RCB himself gave this information on social media. Earlier on Tuesday, Mumbai Indians team wicketkeeping consultant Kiran More, 3 ground staff of Wankhede Stadium were found infected. A total of 25 people have been positive before the tournament so far.

Official statement: Daniel Sams checked into the team hotel in Chennai on April 3rd, with a negative COVID report on arrival. His report from the 2nd test on 7th April came positive. Sams is currently asymptomatic and he is currently in isolation at a designated medical facility.

Daniel Sams was associated with the team on April 3
According to the RCB, Symes joined the team in Chennai on 3 April. While checking in, his corona investigation report was negative. They were found infected in the second test on 7 April. He is currently asymptomatic and is quarantined in the hotel. RCB’s medical team is monitoring his condition.

Other RCB players found infected
Australia’s SAMS are the second RCB players to be found positive. Earlier, opener Devdutt Padikkal also came positive. However, his report has come negative. RCB are scheduled to play their first match against Mumbai Indians on 9 April.

SamS traded from Delhi by RCB
Symes was traded to Delhi Capitals by RCB this year. He was in excellent form in Australia’s Big Bash League. He scored 200 runs in 10 matches playing at Sydney Thunder at a strike rate of 188.67. Along with this, he also took 11 wickets from the economy of 8.11. He was the tournament’s highest wicket taker in the 2019-20 season of the Big Bash League.

In the 13th season of the IPL played in the UAE, Symes played 3 matches for Delhi. In this, he scored zero runs. At the same time, in those matches, he threw 12 overs and gave runs with an economy of 9.50. The base prize of SAMS was Rs 20 lakh. 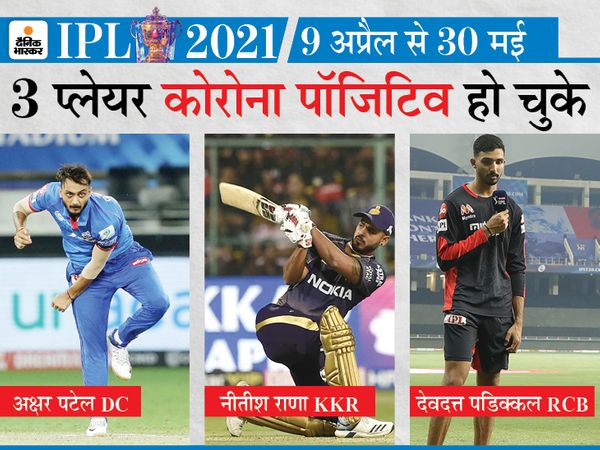 Rana negatives and alphabets in isolation
So far, 3 players in the IPL have been infected by Kolkata Knight Riders batsman Nitish Rana, DC all-rounder Akshar Patel and RCB peddlers. The reports of Rana and Padikkal have come negative in them. Akshar report has not been revealed yet. A member of the content team of CSK was also found infected.

It is very important for the players to get the vaccine: BCCI
BCCI Vice President Rajiv Shukla said that this vaccine is the only way to deal with the ever increasing corona cases. The BCCI also believes that players should get vaccinated. No one knows when the corona virus will end, nor can anyone tell the date of the end of this virus.

When Shukla was asked whether the Board has given a written application to the Health Ministry to get the vaccine given to the players? On this question, he said that the BCCI has suggested and put its point.

Yusuf Pathan announces retirement from all forms of cricket