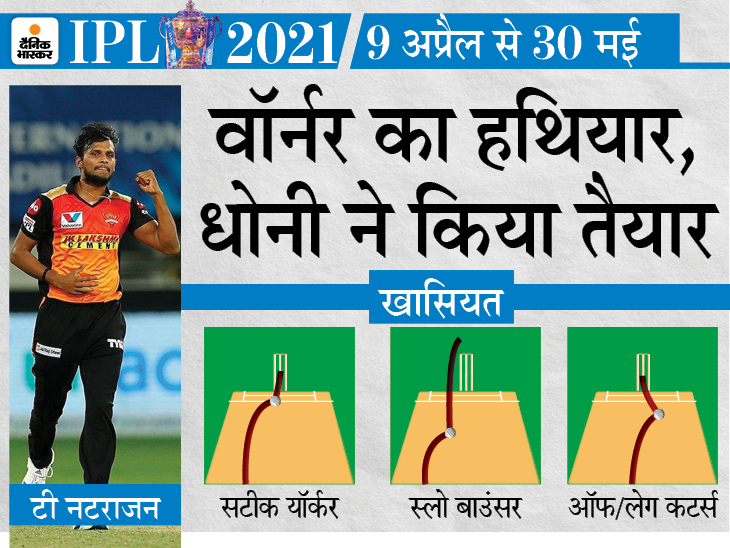 India’s left-arm fast bowler T Natarajan has credited his success in the IPL to Chennai Super Kings captain Mahendra Singh Dhoni. He said that in the last IPL, Dhoni had asked him to throw slow bouncers and cutters. I used it in IPL and international cricket and it was a success.

Dhoni was out on Natarajan’s ball
30-year-old Natarajan, who plays from Sunrisers Hyderabad, told ESPN Cricinfo that it is a big deal to talk to a legendary player like Dhoni. During the group stage match against CSK, I bowled him on the yorker length. Dhoni hit a 102-meter-long six over this ball. After that, I dismissed him on the next ball. I did not celebrate that wicket. I was thinking about my previous ball. 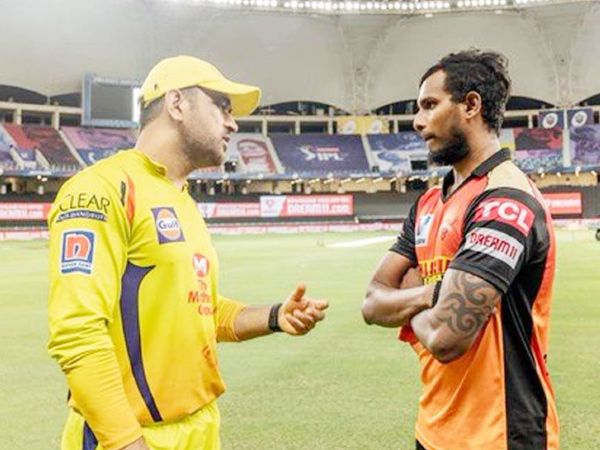 Dhoni’s Natarajan asked to bring variation
Natarajan said that I was happy after coming back to the dressing room. I also talked to him. He asked about my fitness and encouraged me. Dhoni said that you will get better with experience. He asked me to bring variation to his bowling. I also used this edification.

Natarajan throws highest yorker in IPL 2020
Natarajan was the highest yorker throwing bowler in the 13th season of IPL. He threw a total of 71 yorkers in the tournament. Also, some big wickets including Dhoni and AB de Villiers were also taken. Natarajan took 16 wickets from an economy of 8 in 16 matches last season. Earlier in 2019, he was in the squad of Chennai Super Kings.

Know why BCCI no longer forces its players to play all...