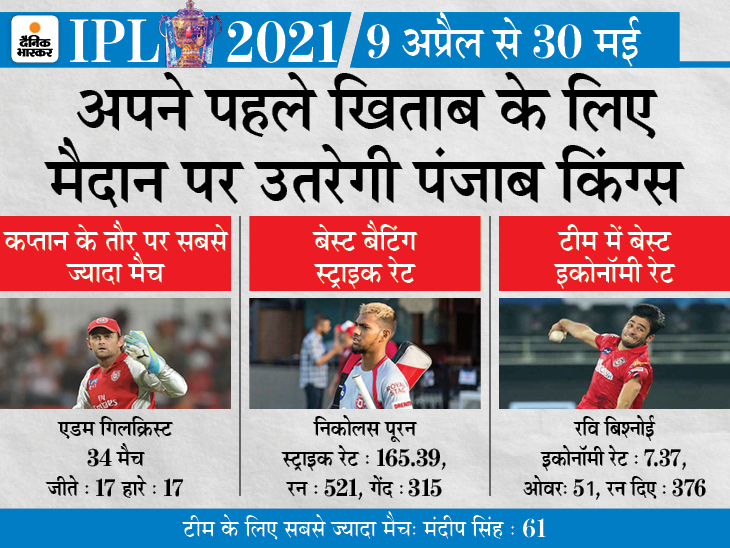 Punjab team changed their name before this IPL. The team has now become Punjab Kings from Kings 11 Punjab. But the question arises that the Punjab team which could not win the title so far, will this time really be able to become king? The team had no good bowler other than Mohammed Shami in the death over last season. This is the reason that the team bought 2 death over specialist bowlers in the auction this year.

The arrival of Jay Richardson and Riley Meredith strengthened the department, but spin is still a concern for the team. The team has only Murugan Ashwin and Ravi Bishnoi in the spin. The team has no backup in case one of them is injured. The Punjab team finished sixth last season. The team bounced back after losing in the opening league round and won 5 matches in a row. 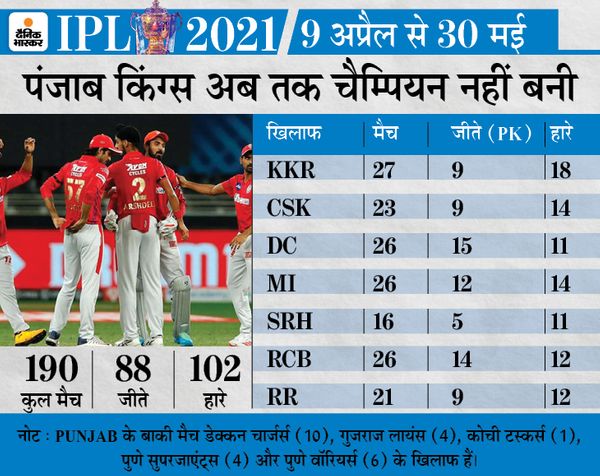 Controversy also prevented this team from reaching the playoffs in the 13th season. The absence of middle order form was also a matter of concern. Punjab will start their campaign against Mumbai Indians on 12 April. Know about the strength, weaknesses, opportunities of Opportunities and Threats of RR team …

Strength-1: Top Batting Order Strong
The Punjab team has the strongest batting lineup in the IPL. The team has openers like last season’s Orange Cap winner Lokesh Rahul and Mayank Agarwal. After this, Universal boss Chris Gayle will come for batting. It can also be rotated if needed. Gayle was rested in a few matches last season. He then returned and scored 288 runs in 7 matches at a strike rate of 137.14.

In the middle order, wicket-keeper batsman Nicholas Pooran can spoil the line-length of any bowler with his aggressive batting at number four. The franchise also bought world No. 1 T20 batsman David Malan as a backup to Gayle in the auction this year. 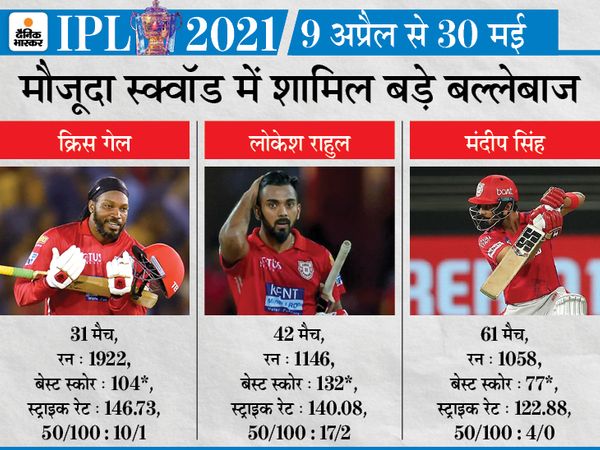 Strength-2: presence of good all-rounders
After the release of Maxwell, the team has bought 2 all-rounders in the form of Moises Henriques and Shah Rukh Khan. The team also has a powerful hitter in the form of Deepak Hooda. His responsibility in the team is that of the match finisher. Management also has the option of another all-round player in the form of Fabian Allen. Allen recently won the match against Sri Lanka by hitting the last ball six. 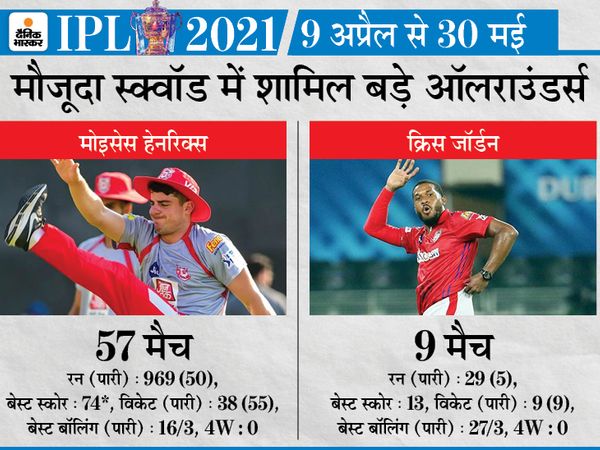 Strength-3: Death Overs Specialist Bowler
The franchise bought 2 great pace bowlers this year in the form of Richardson and Meredith. Richardson was the highest wicket-taker in Australia’s Big Bash League. At the same time, the team already has a specialist pace bowler in the form of Shami. Shami bowled 2 super overs last season. In one of these, the team won and the other lost. The team has another Death Over Specialist as Jordan. 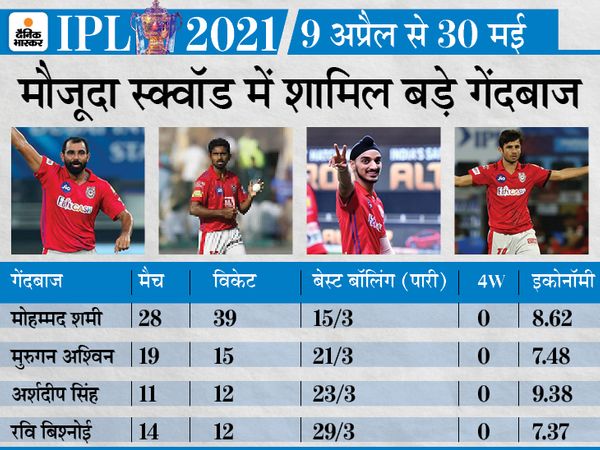 Jalaj Saxena has a lot of experience in domestic cricket, but the lack of experience in the IPL could harm the team. Jalaj took 10 wickets in the Syed Mushtaq Ali Trophy. His economy rate was also 6.26. But it will be a matter to see if the team management gives them a chance or not. The absence of international level quality spinners can make it difficult for the team. Also, apart from Shami, the team does not have any senior fast bowler from India. 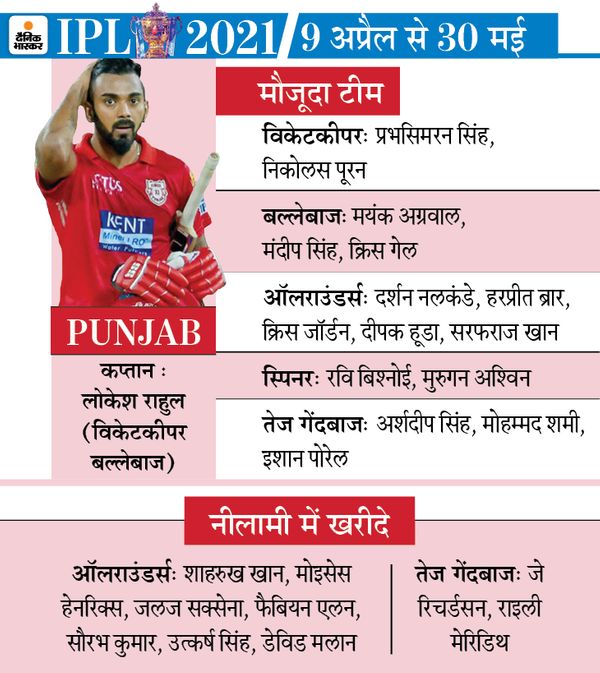 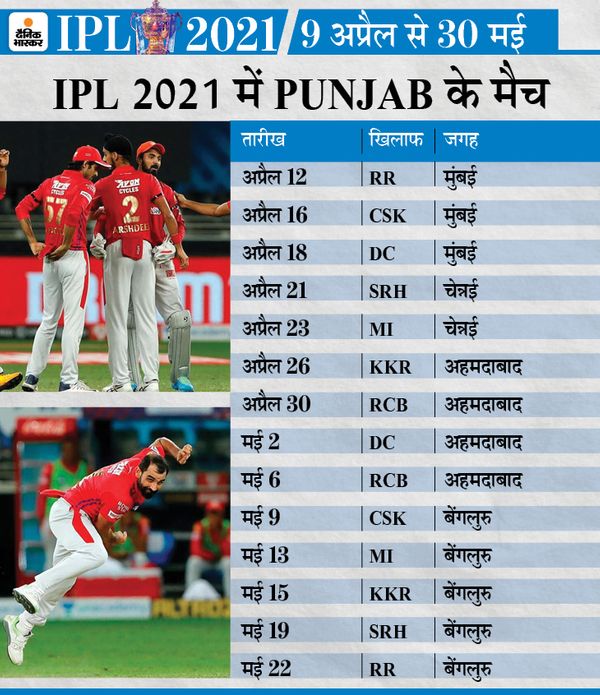 to risk
Shami was injured on the tour of Australia. He has not played any cricket match since then for 4 months. Considering the workload management of the national team, it will be a matter of consideration whether he will be able to play all the matches or not. He took 20 wickets last season. The performance of the team will depend largely on their bowling. 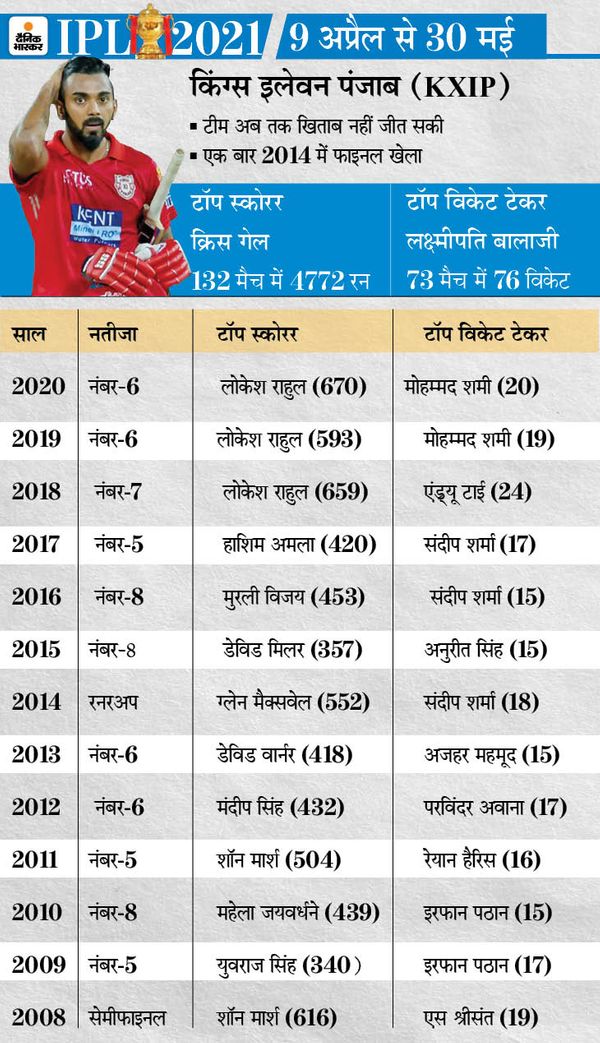 The Source | Today in Hip-Hop History: Boogie Down Productions Dropped...