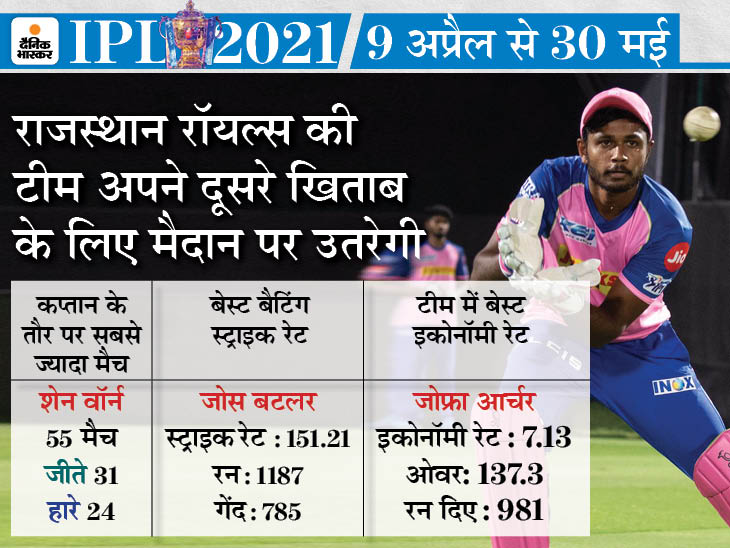 The Rajasthan Royals (RR), the champions of the first season of IPL, will take on the field with a completely new structure this year. The last 2 seasons were extremely bad for the team. The team finished 7th in 2019 and 8th in the 2020 season. In both of these seasons, the team was captained by Steve Smith. After a poor performance, he was not only removed from the captaincy before the auction this year, but was also released from the squad. RR is scheduled to play its first match against Punjab Kings on 12 April. 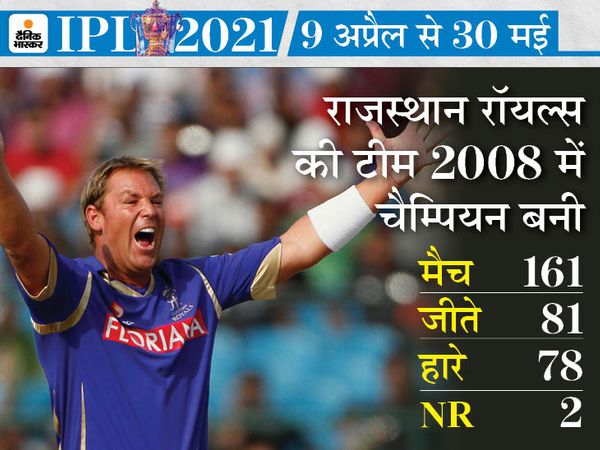 Smith could not perform anything special at batting. After this, the team management has handed over the command of the team to young batsman Sanju Samson. At the same time, the franchise has appointed former Sri Lankan batsman Kumar Sangakkara as the new director of the team by releasing former coach Andrew Macdonald. For this season, Rajasthan Royals have added South African all-rounder Chris Morris to their team, making the biggest bid in IPL history at Rs 16.25 crore.

By bringing in Morris, the team management reduced the work load of fast bowler Joffra Archer. But just before the tournament, Archer’s injury has become difficult for the team. He is not out of the IPL completely, but the team will have to come down without this English fast bowler in the first few matches. Archer was also the Most Valuable Player of last season. Know about the strength, weaknesses, opportunities of Opportunities and Threats of RR team … 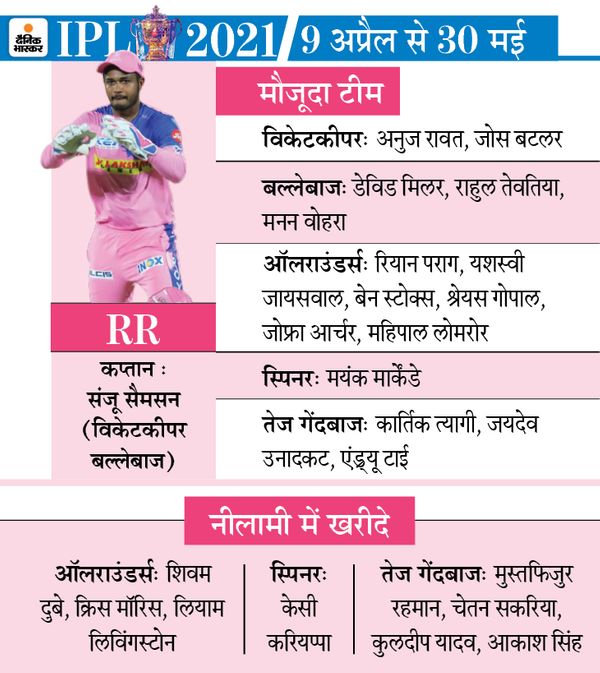 Strength-1: Batting Lineup
Rajasthan’s batting lineup is very strong. The team has players like Jose Butler and Ben Stokes, who have the ability to reverse any match on their own. At the same time, Samson is searching for IPL. Everyone is aware of his classic shot and ability to hit the big hit. The middle order has two big hitters David Miller and Morris.

Liam Livingstone of England had some good shots in the recent T20 series against India. He can prove to be a good all-rounder for the team. Apart from these, young batsman Yashasvi Jaiswal was also a lot of consultant in the last season. Ryan Parag and Rahul Tewatia had won the match on their own by having many good partnerships last season. 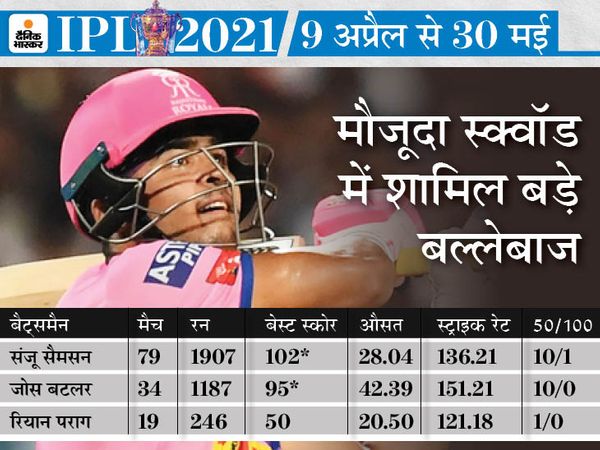 The team has to play its first 5 matches in Mumbai. There, in the beginning the ball also swings lightly. In such a situation, if the batsmen also perform average, then the team has a bowling attack which can defend any total. 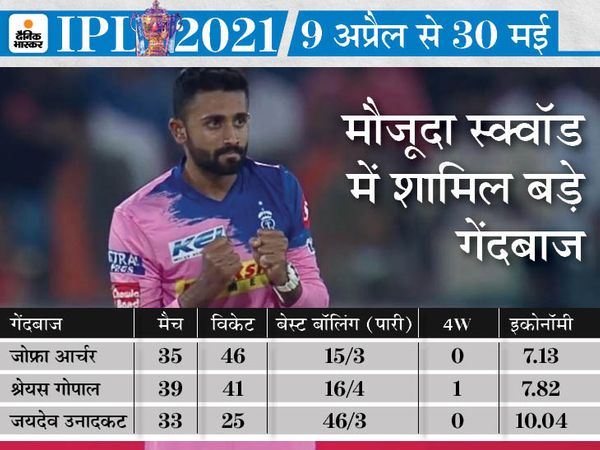 Strength-3: presence of Kumar Sangakkara
Sangakkara has been one of the world’s legendary cricketers. It was under his captaincy that Sri Lanka’s team could reach the final of the 2011 ODI World Cup. He was also a part of the 2014 T20 World Cup winning squad. He is considered one of the finest captains and batsmen in the world. In such a situation, he has a lot of experience to give to the team. 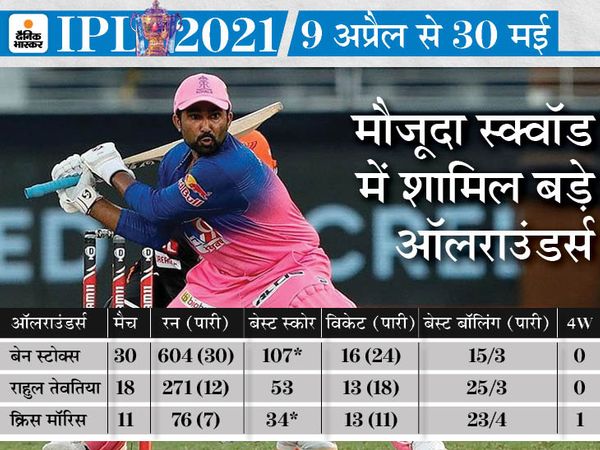 consistency: Rajasthan’s biggest weakness has not been the consistent performance of Indian players. Captain Samson has not been able to bat well in 5 consecutive matches in the last few years. In 2018, the team management bought fast bowler Jaydev Unadkat for Rs 11.5 crore. Although his bowling has been extremely poor. He has scored a lot of runs on important occasions.

Pressure on Youngsters: Batsman Manan Vohra has been able to bat well on a few occasions. In such a situation, all the pressure of the team falls on the young batsman Parag, Yashvi and fast bowler Karthik Tyagi. However, he performed well for the team on many important occasions and proved himself. 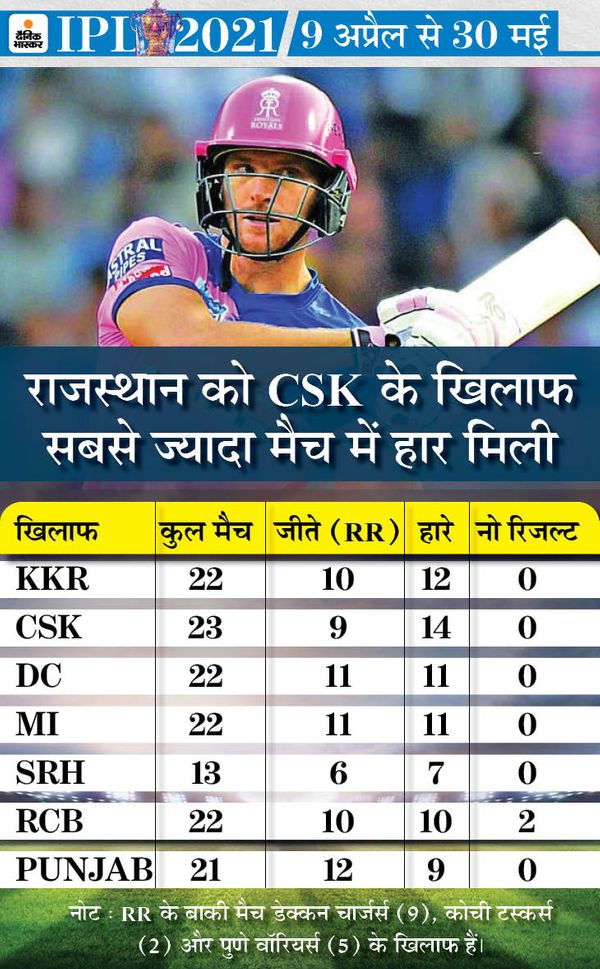 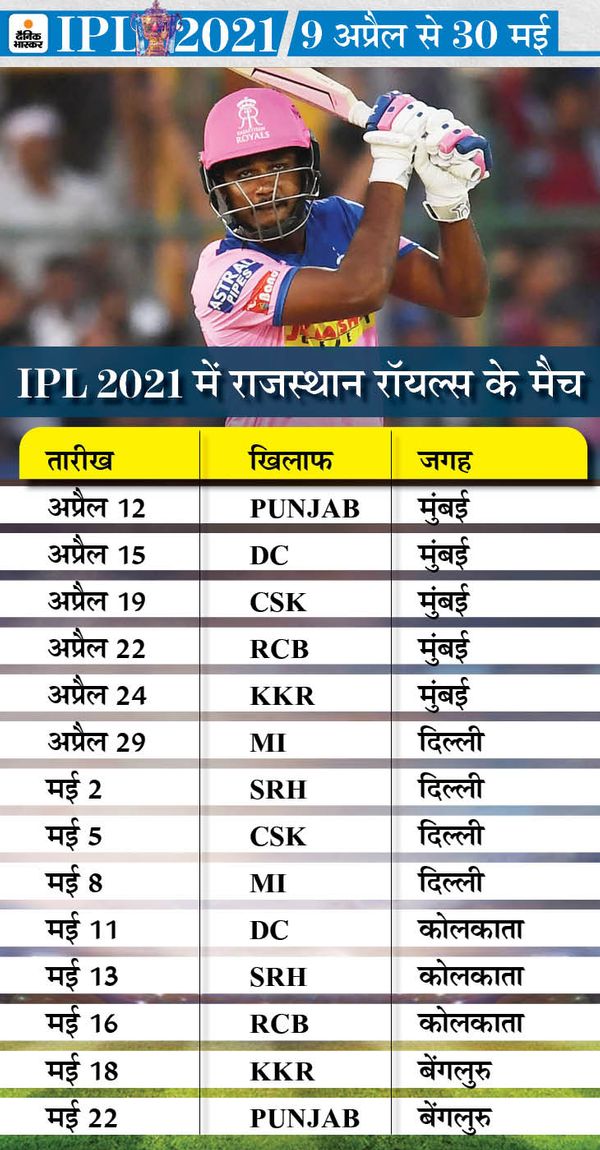 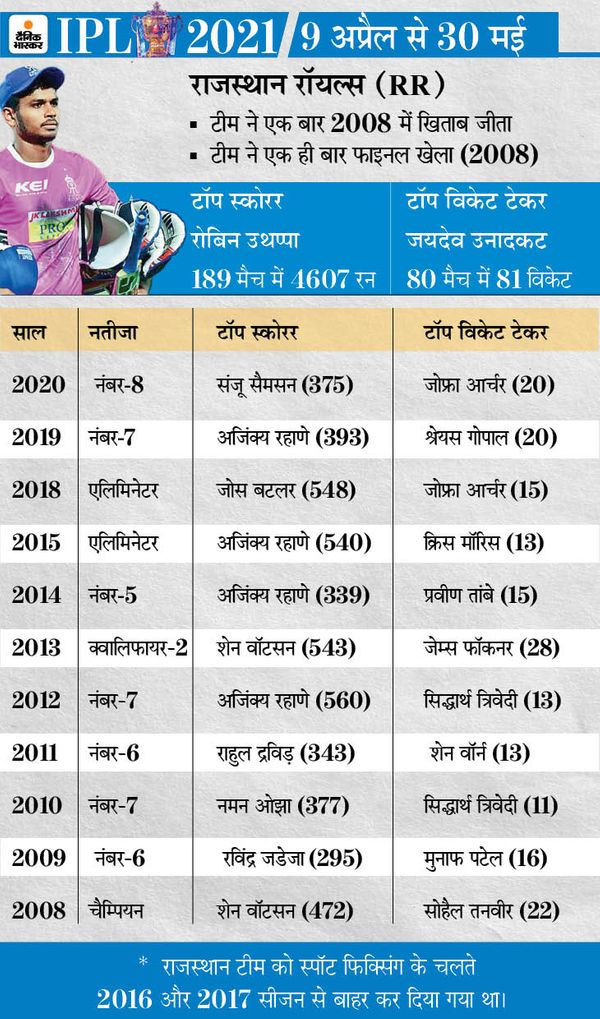