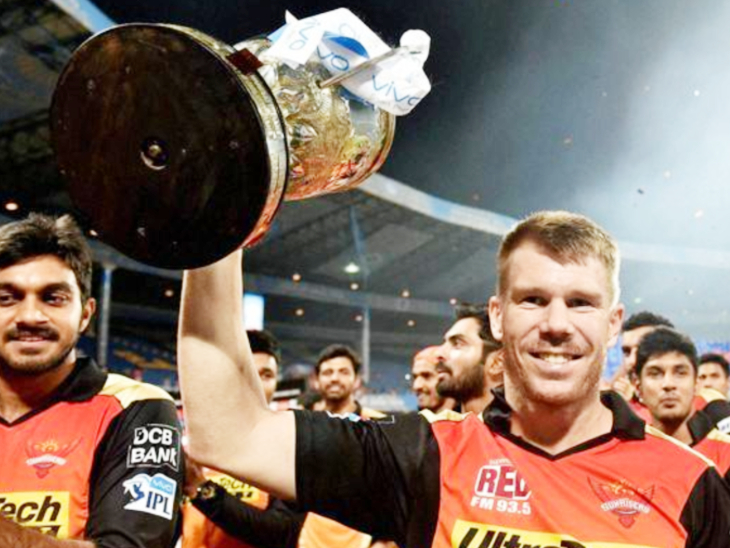 Sunrisers Hyderabad, which was the most consistent team in the IPL in the last 5 seasons, is one of the most powerful contenders for the title this time too. The more aggressive the team’s batting lineup, the stronger the bowling. Team captain David Warner may have trouble choosing his partner and Perfect-11 this time. This is because apart from him in the team, Kane Williamson, Jason Roy, Johnny Bairstow and Wriddhiman Saha are present. All the players except Saha have been playing international cricket for some time and are in excellent form.

At the same time, the team’s middle order did not perform much last year. This deficiency has been overcome with the arrival of veteran Kedar Jadhav. They can prove to be the X factor for the team. However, the lack of match finishers may also trouble the team this year. Let’s do a SWOT analysis of SRH’s team for the 2021 season on this point. That is, analysis of team strength, weakness, opportunity, and threat.

The batting lineup of the Hyderabad team led by David Warner is very aggressive. Since winning the IPL for the second time in 2016, the Hyderabad team has managed to make it to the playoffs for the last 5 consecutive seasons. Since 2015, Warner has been seen leading the front for the team.

He is the only batsman in the world to score 500+ runs in 6 consecutive seasons of IPL. Williamson captained the team in 2018 in Warner’s absence. The core strength of the team remains the same. This is the reason that the team bought only 3 players in the auction this year.

Looking at Bairstow’s current form, he can enter the opening with Warner in the top order. Both of them average 60 runs in the first 6 overs (powerplay). After this, batsmen like Williamson, Jadhav, Manish Pandey and Saha have the ability to destroy any bowling lineup.

In the lower order, Abhishek Sharma, Rashid Khan and Bhuvneshwar Kumar can also bat. If any of these players are injured, then backup players like Jason Holder, Roy, Priyam Garg, Vijay Shankar, Abdul Samad and Priyam Garg are present. However, Warner would have to include either Williamson and Holder in the squad. 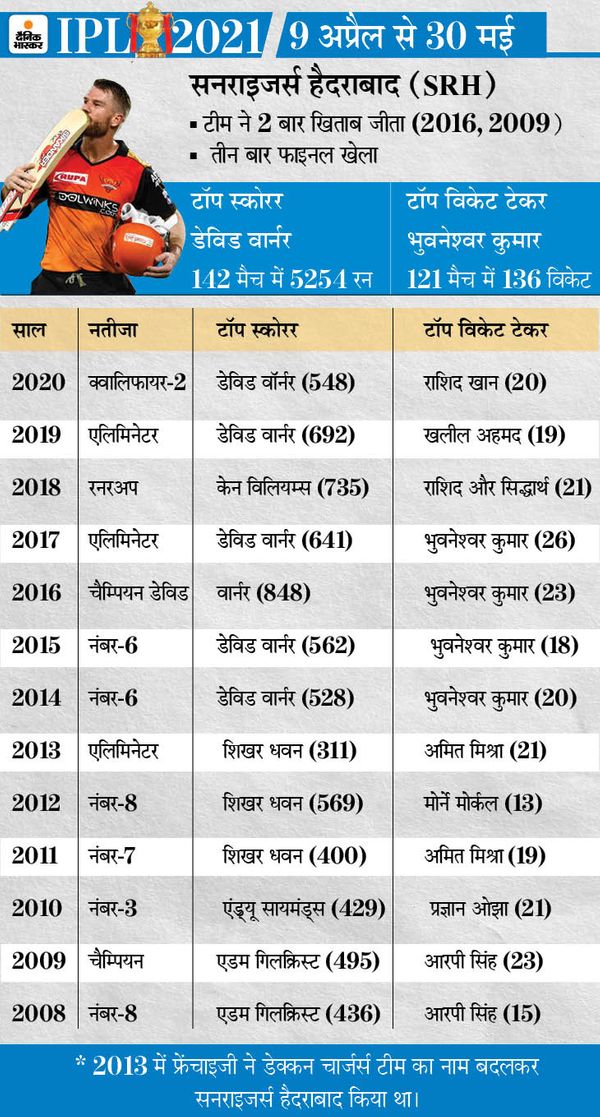 Strength-2: Death over specialist in bowling
The Hyderabad team has always been known for its bowling. The team is relieved by the fit of Bhubaneswar. Last season, he was able to play only 3 matches due to injury. To give him company, bowlers like Yorker specialist T Natarajan and Sandeep Sharma are present.

Hyderabad have to play the first 5 of their 14 matches in Chennai. In such a situation, Rashid Khan, Jadhav and Abhishek can prove useful for the team. Apart from this, the team has to play 4 matches in Delhi, 3 in Kolkata and 2 in Bengaluru.

Weakness
Last season, Hyderabad missed a good batsman and a finisher in the middle order. Last season, the team was moving around Williamson. Vijay Shankar is seen as a good all-rounder in the team, but he has not been able to prove himself so far. Last season, he scored 97 runs in 7 matches.

However, this year the team has bought Jadhav in the auction. But what will be seen is how this Maharashtra batsman who has been away from international cricket for some time will be able to adjust himself to the new team. Last season, he scored … in the match … while playing with the Chennai Super Kings. At the same time, in the recent Vijay Hazare Trophy, he scored 206 runs in 5 matches at an average of 68.66.

Apart from these two, the lack of experience of Priyam Garg, Abhishek Sharma and Abdul Samad can also prove to be the weakness of the team. All these players were unable to prove themselves last season. 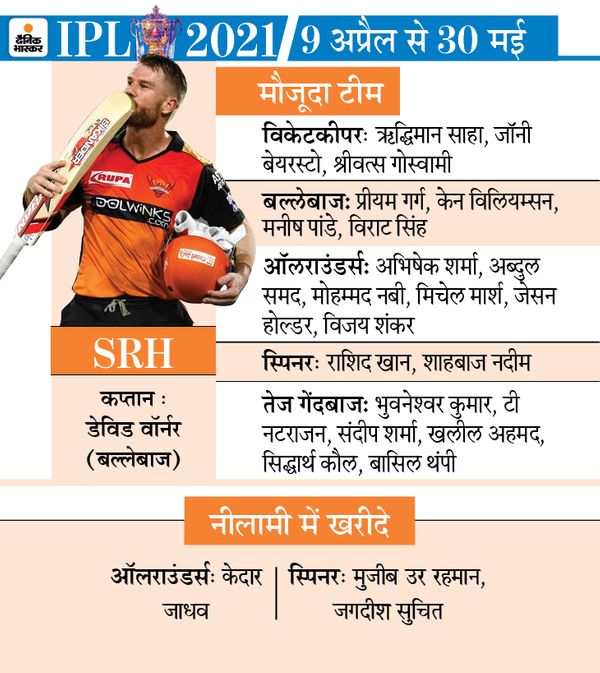 After getting out, Fakhar said that there is no fault of...

It is good to start playing some cricket, says Mithali