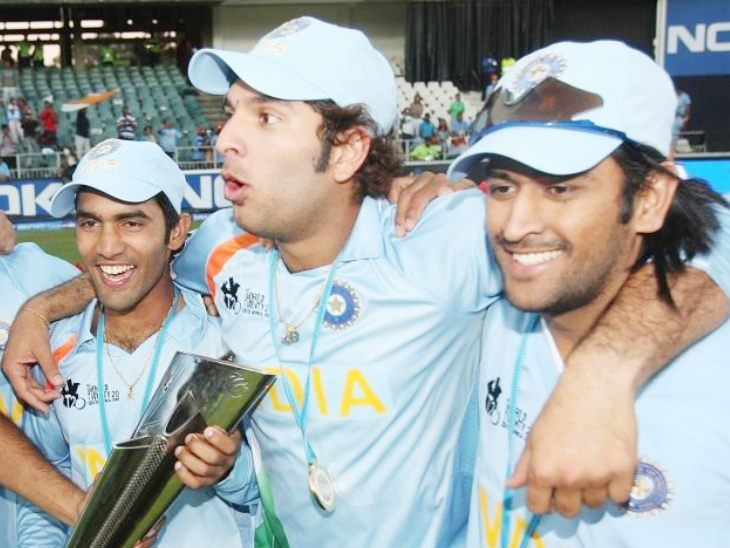 Yuvraj Singh, one of the best all-rounders of Indian cricket, has made a big disclosure. He has said that he was hoping to become the captain in the 2007 T20 World Cup, but it did not happen. The selectors made Mahendra Singh Dhoni the captain. India created history in this tournament held in South Africa and won the World Cup trophy by defeating Pakistan in the final.

Yuvraj said in the 22 Yarns podcast – In 2007, we lost badly in the ODI World Cup. There was a lot of turmoil in Indian cricket after the defeat. After that we had to go on a two-month tour of England. There was also a one-month tour of South Africa and Ireland in between. Then there was the T20 World Cup. We were just 4 months away from this tournament.

Yuvraj said that the seniors of the team thought of taking a break before the World Cup and did not take the T20 World Cup seriously. I thought I would captain India in T20 World Cup after resting all the seniors and was expecting it and then it was announced that Dhoni would be the captain in the tournament.

Actually, Dravid had resigned from the captaincy post in 2007. He had also demanded rest for the T20 World Cup. After this Sachin Tendulkar was also asked for the captaincy, but he refused. It was Tendulkar who suggested Dhoni to be the captain. It was only after this that the BCCI handed over the captaincy to Dhoni. Later this decision of the board proved to be a master stroke.

Yuvraj told that even after becoming the captain of Dhoni, there was no shortage in their friendship. He said, whoever becomes the captain, the players have to support him. Be it Dravid, Sourav Ganguly or any other captain. You want to be the team man and so did I.

Yuvraj also told a funny anecdote related to Zaheer. He said- Ganguly, Dravid and Sachin took rest from the T20 World Cup. After this, Zaheer Khan also told the BCCI his decision and appealed to give rest. He said that he had played a lot of cricket.

Yuvi said that I remember the first match of T20 World Cup was between West Indies and South Africa. Chris Gayle scored a century in 50-55 balls. In the night, Zaheer messaged me and said that it is good that I have taken rest for this tournament. After that we won the World Cup. On the day we won the final, Zaheer messaged again that night and said Oh no! I shouldn’t have taken rest.

In the final, India defeated Pakistan by 5 runs. India had scored 157 for 5 in 20 overs batting first, thanks to opener Gautam Gambhir’s 75 off 54 balls. In reply, Pakistan team was all out for 152 runs in 19.3 overs. Misbah-ul-Haq scored 43 runs in 38 balls. Irfan Pathan and RP Singh took 3 wickets each.

Yuvraj said that Team India did not practice anything for this. He said – We were a young team. We didn’t have any international coach or big name. Lalchand Rajput was our coach and Venkatesh Prasad was playing the role of bowling coach. We reached South Africa with a young captain and team. We thought we would enjoy the tournament.

Yuvraj had hit 6 sixes against England in the group round of the same tournament. He did this feat on the ball of Stuart Broad. The team then defeated Australia in the semi-finals. Yuvraj scored 70 runs in 30 balls against Australia.

Rahul Dravid lived like a friend outside the field, never asked...