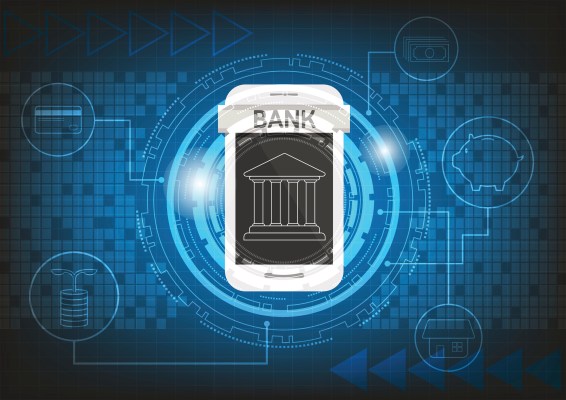 
Avant, an online lender that has raised over $ 600 million in equity, announced today that it has acquired Zero Financial and its neobank brand, Level, to further its mission of becoming a digital bank for the masses.

Established in 2012, Chicago-based Avant started out primarily as an online lender targeting “underserved consumers,” but is evolving into digital banking with this acquisition. The company notched gross revenue of $ 265 million in 2020 and has raised capital over the years from backers such as General Atlantic and Tiger Global Management.

“Our path has always been to become the premier digital bank for the everyday American,” Avant CEO James Paris told TechCrunch. “The massive transition to digital over the last 12 months made the timing right to expand our offerings.”

The acquisition of Zero Financial and its neobank, Level (plus its banking app assets), will give avant the ability to offer “a full ecosystem of banking and credit product offerings” through a fully digital platform, according to Paris. Those offerings include deposits, personal loans, credit cards and auto loans.

Financial terms of the deal were not disclosed other than the fact that the acquisition was completed with a combination of cash and stock.

Founded in 2016, San Francisco-based Zero Financial has raised $ 147 million in debt and equity, according to Crunchbase. New Enterprise Associates (NEA) led its $ 20 million Series A in May of 2019.

Level was unveiled to the public in February of 2020, created by the same California-based team that founded the “debit-style” credit card offering Zero, according to this FintechFutures piece. The challenger bank was created to target millennials dissatisfied with the incumbent banking options.

Zero Financial co-founder and CEO Bryce Galen said that Avant shared his company’s mission “To challenge the status quo by bringing innovative financial services products to consumers who might otherwise be unable to access them. “

Avant, notes Paris, uses thousands of AI-driven data points to determine credit risk. With this acquisition, that lens will be expanded with data, such as a deposit customer’s cash flow, how they manage their finances and whether they pay their bills on time.

“This will allow us to make credit decisions faster and deliver personalized options to help underbanked consumers gain financial freedom, at any and every stage of their financial journey,” Paris told TechCrunch. “It will also build long-term engagement and loyalty and help grow our reach beyond the 1.5 million customers we’ve served to date.”

Like a growing number of fintechs, Avant operates under the premise that a person’s ability to get credit should not be dictated by a credit score alone.

“A significant amount of Americans have poor, bad or no credit at all.” For these people, accessing credit is not exactly easy and often comes with extra fees, ”Paris said. That’s why, he added, Avant has focused on providing options for such consumers with “transparent, rewards-driven products.”

Level’s branchless, all-digital platform offers things such as cashback rewards on debit card purchases, a “competitive APY” on deposits, early access to paychecks and no hidden fees, all of which are especially beneficial for consumers on the path to financial freedom, according to Paris.

Since its inception in 2012, Avant has connected more than 1.5 million consumers to $ 7.5 billion in loans and 400,000 credit cards. The company launched its credit card in 2017 and over the past two years alone, it has grown its number of credit card users by 170%.

Realme C20 to go on first sale in India today: all the details

WhatsApp Messenger Gets New Animation for Voice Messages on iOS