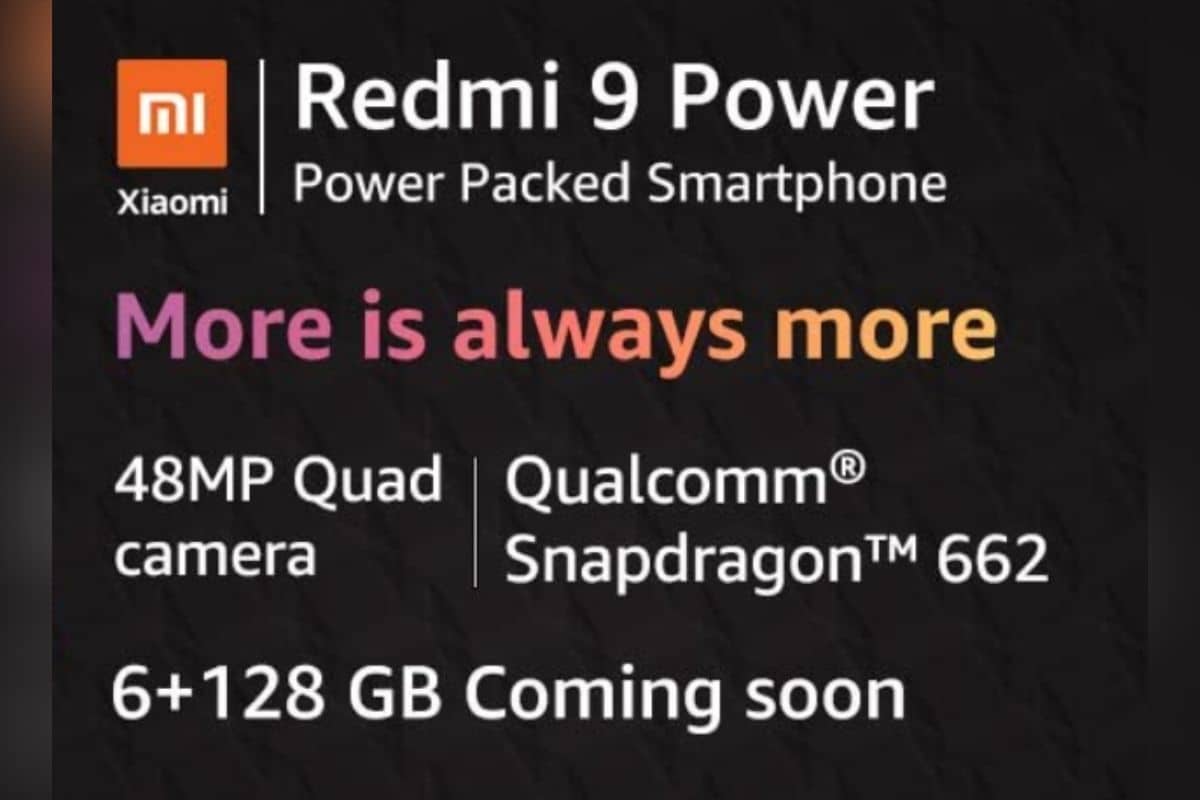 
The Redmi 9 Power will soon receive a 6GB RAM + 128GB storage option in India, a dedicated Amazon listing confirmed. The Chinese tech company had originally launched the Redmi 9 Power in the country back in December 2020, in two storage options of 4GB + 64GB and 4GB + 128GB. The exact availability details of the new Redmi 9 Power 6GB RAM variant remains unclear, though it will likely launch before March. Xiaomi had previously confirmed the launch of the new-generation Redmi Note 10 series on March 4.

Notably, a report by 91Mobiles in collaboration with tipster Ishan Agarwal claims that the new storage variant of Redmi 9 Power will carry a price tag of Rs 12,999. Currently, the 4GB + 128GB option of the smartphone is priced at Rs 11,999, while the 4GB + 64GB variant comes with a price tag of Rs 10,999. Both the storage variants are available to purchase in Mighty Black, Blazing Blue, Fiery Red, and Electric Green color options.

Apart from the upgrade in RAM and storage, all the other specifications of the Redmi 9 Power are likely to remain the same, the Amazon listing suggests. To recall, the Redmi 9 Power sports a 6.53-inch full-HD + display with Corning Gorilla Glass 3 protection and up to 400 nits of peak brightness. Under the hood, it packs the Qualcomm Snapdragon 662 SoC coupled with Qualcomm Adreno 610 GPU, 4GB of LPDDR4X RAM and up to 128GB UFS 2.2 storage that is expandable up to 512GB with a microSD card. It also supports dual-SIM cards and ships with Android 10-based MIUI 12 out-of-the-box. The quad rear camera setup on the back includes a 48-megapixel primary camera, an 8-megapixel ultra-wide-camera, a 2-megapixel macro camera, and a 2-megapixel depth sensor. The rear cameras are housed in a rectangular camera module, similar to the Redmi Note 9 4G China model. At the front, there’s an 8-megapixel camera for selfies and video calling, inside the waterdrop-notch.

Other features on the smartphone include a side-mounted fingerprint scanner, stereo speakers, 3.5mm headphone jack, 4G, Bluetooth v5, and dual-band Wi-Fi. Xiaomi claims that the phone is splash-proof and comes with auto-cleaning speakers. Additionally, the Redmi 9 Power packs a 6,000mAh battery that supports 18W fast charging via USB-C port as well as provides a reverse charge option. The smartphone weighs 192 grams.

This Phone Weighs Just Half as Others, But Would You Pay Over Rs 70000 for it?

Huawei May be Planning to Foray Into Electric Vehicles: Sources