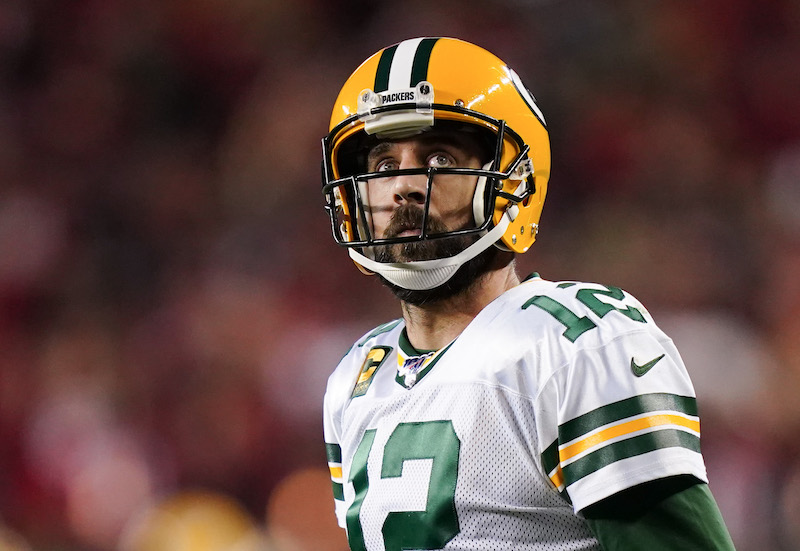 Rodgers filmed 10 episodes as the guest host of Jeopardy! The first five episodes are airing this week, and the second five are airing next week. The show is searching for a replacement for beloved longtime host Alex Trebek, who died last year.

“I don’t think I’d need to give up football to do it,” Rodgers said of hosting. “They film 46 days a year. I worked 187 this year in Green Bay. That gives me 178 days to do ‘Jeopardy!’ So I feel like I could fit 46 into that 178 and make it work. It would be a dream job for sure, and I’m not shy at all about saying I want the job. That’s how I went into it. I want an opportunity to be in the mix.”

Rodgers told Good Morning Football on Tuesday that he still loves football and does not want to give it up.

Rodgers is a longtime fan of the show and competed in a celebrity event in the past. Rodgers’ debut as guest host received acclaim from social media and network execs alike. If anybody could do double duties and multitask as a host and an NFL MVP, it’d definitely Rodgers.

Mamata Banerjee Says Pushed By 4-5 Men While Getting In Car,...

Meet the man who’s climbed every peak and visited every island...

DMK to Allot 25 Seats to Ally Congress for Tamil Nadu...