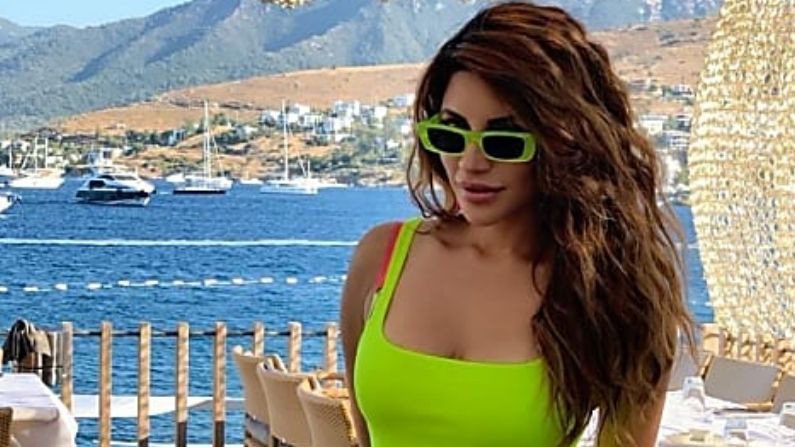 The question is, have you ever undergone plastic surgery to look beautiful? Have you had to go through other surgeries for more beauty?

Yeh Meri Life Hai, Bold Actress Shama Sikandar, who became famous with TV shows like CID, Baalveer and Mana Hai Hai Vishwas, has given an interview openly answering the question, which caused the actress Always seem to be saved.

Shama Sikander has neither appeared in TV shows nor has she played any role in the webseries for the last nearly two years. But two years ago, through his YouTube channel, he had uploaded some such bold series, seeing that his fans were also torn. He also gave hot scenes in Maya, the bold webseries of Vikram Bhatt.

It can be said that some actresses followed the bold avatar that Shama started a few years ago. Now he has made the headlines once again with this explosive interview.

The Botox that Shama has talked about. It is specially done to tighten the skin of the face. When 35–40 years of age begins to appear clear, then doctors of Botox are often advised by skin doctors.

After applying this treatment, the skin starts to look exactly like a 20-year-old face. That is, age cannot be detected from the skin.

Different quality injections have different prices, so doctors charge between 10 thousand and 50 thousand. It is painful to take injections and the facial skin becomes numb for several hours. After taking it, people have to avoid many things like they cannot take blood thinning medicines.

What is plastic surgery

Through plastic surgery, actresses often undergo surgeries like nose, lip, stomach reduction surgery and breast augmentation. For the past few years, many actresses had secretly undergone surgery of the lips. Rakhi Sawant underwent breast augmentation, which had to be removed later due to its side effects.

Shama keeps posting very hot photos and videos on her Instagram. He also has many followers.

Most Controversial Tweets: Read here the top 5 tweets of Kangana due to which Twitter banned

LaMarcus Aldridge Retires from the NBA Due to Health Scare